Denys Serhiichuk
Which coin can show the biggest rise at the current bounceback? 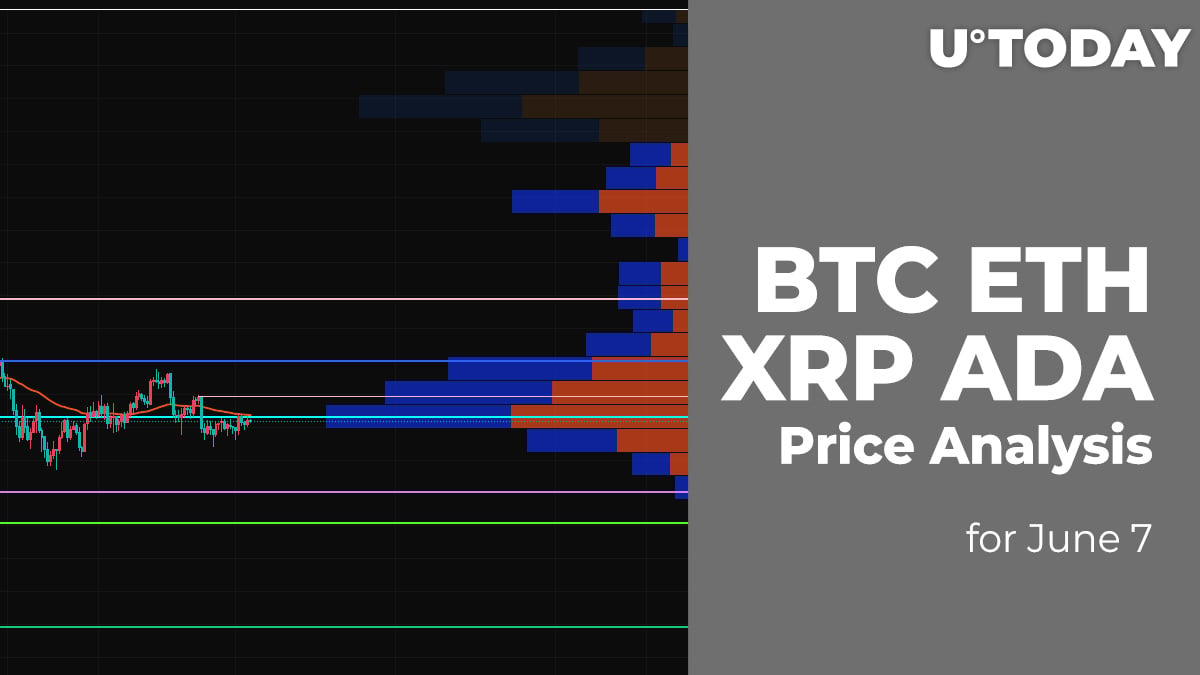 The weekend has begun with the bounceback of the cryptocurrency market as the majority of the top 10 coins are in the green zone. The only exception to the rule is DOGE, whose rate has gone down by 0.18%.

Last Saturday, buyers were unable to gain a foothold above the average price level, and the pair rolled back to the support of $36,000. On Sunday, the weak seller's onslaught continued until the Bitcoin (BTC) price broke through this support, setting a weekly low around $34,850.

At the end of the week, buyers tried to restore the price and gain a foothold above the lilac support of $36,000. The volume of purchases was small, but tonight the pair recovered to the area of ​​average prices.

At the beginning of the week, one should expect an intensification of the bearish onslaught and a pullback of the Bitcoin (BTC) price to the area of ​​psychological support at $30,000.

On Saturday, buyers failed to form a bullish momentum, and the resistance of $2,800 turned the pair downward. The sales volumes were not large and, in the zone of the weekly low, the pullback was stopped by the support of $2,550.

On Sunday, buyers recovered the Ethereum (ETH) price, and this morning, the pair again stopped at the resistance line of $2,800. There is little hope of a false bullish breakout, but bears are likely to intensify the onslaught and break through last week's low. At the beginning of the week, the minimum is possible in the support area of $2,200.

Last Saturday, the XRP price failed to test the psychological $1 mark. On the way to this key level, the price reversed downward.

Despite the dynamic pullback, the minimum was set at $0.892. Over the next day, buyers restored the pair to the area of average prices. At the same time, it has not yet been possible to overcome the three-hour EMA55. Today there is a high probability of a reversal in the area of the moving average and a pullback to the target bearish level of $0.80.

Despite the growth, the rise of Cardano (ADA) may not have ended yet. After a false breakout of the resistance at the $1.84 mark, the price is not going down, which means that buyers are more powerful than sellers. In this case, there is a high chance of seeing a retest of the level around $1.80 soon.