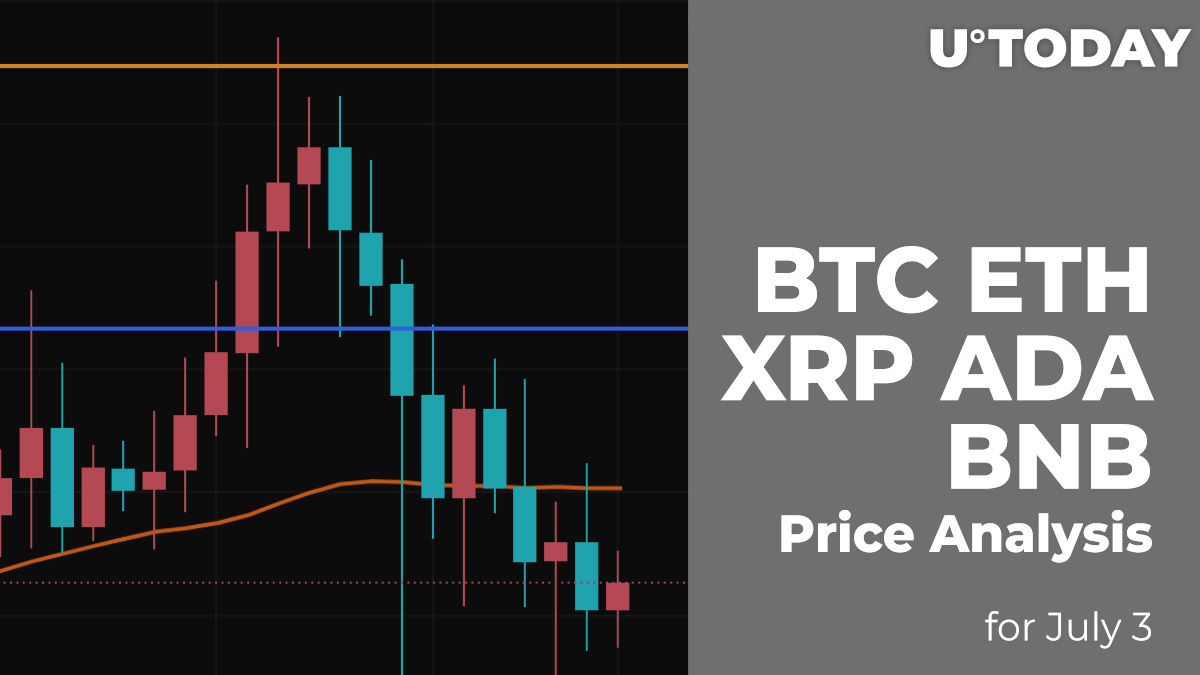 The weekend has started with a slight growth of the cryptocurrency market.

Bitcoin keeps trading above $32,000. This means that bulls are not giving up chances to come back to $35,000. The selling trading volume has declined, confirming the weakness of bears.

In this case, the price of the major cryptocurrency has the possibility to return to the zone of the highest liquidity around $37,000 by the end of next week.

Ethereum (ETH) is bigger gainer than Bitcoin (BTC) as the ETH price has increased by 6%.

Ethereum (ETH) is about to continue rising as the altcoin has made the false breakout of the vital $2,000 mark. That is why it might reach the recently formed resistance at $2,278 within the next few days.

The XRP price has risen by 4.23% since yesterday.

XRP has also successfully bounced off the support at $0.65 against the decreasing selling trading volume. If bulls can hold the initiative, XRP may return to the zone around EMA 55 at $0.86.

Cardano (ADA) is the biggest gainer today, rocketing by 7%.

Despite the sharp growth, the ADA rise may continue as the nearest resistance is located only at the $1.54 level. Thus, the false breakout of the support at $1.33 makes the position of bulls even stonger. Respectively, it is more likely that the upcoming week may be rather bullish than bearish.

Binance Coin (BNB) failed to show a performance similar to Cardano (ADA) as the growth has accounted only for 3.47% over the last 24 hours.

Binance Coin (BNB) has been trading in the narrow range for a long time. This means that a big position has been accumulated so far. Bears have failed to fix below $250, passing the initiative to bulls. In this regard, buyers now have more power to break through the $309 level, which has been an obstacle many times before.