Denys Serhiichuk
Can Ethereum (ETH) or XRP withstand the fall of Bitcoin (BTC)? 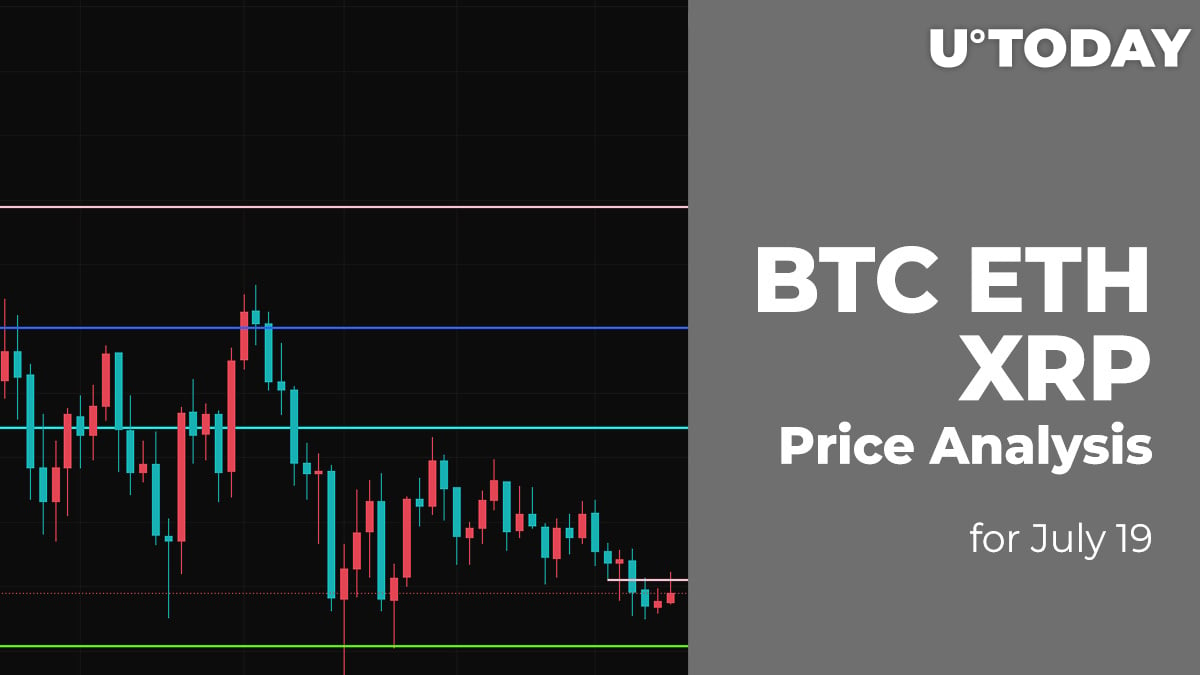 The new week has begun with a bearish mood on the cryptocurrency market as most of the coins are in the red zone.

On Saturday, the pair recovered to the average price area, and on Sunday, the Bitcoin (BTC) price tested the line of the local down trend. On small volumes, buyers could not overcome this resistance, and the price returned to the monthly minimum zone.

There was no strong pressure from the bears, and they were unable to test the $30,595 level. Over the past night, the pair recovered to the area of ​​the two-hour EMA55, trying to break through the down-trend line. But trading volumes are still below average, and small purchases do not allow the price of BTC to get out of the descending channel.

If the bulls form a bullish momentum, they may overcome the resistance of the trend line and consolidate in the point of control area ($32,794) of the Volume Profile indicator.

On Saturday, Ethereum (ETH) consolidated in the area of average prices, and on Sunday, buyers formed a fairly strong bullish momentum and tried to test the psychological level of $2,000.

However, the retaliatory bearish blow knocked the Ether price below the two-hour EMA55. Over the past night, sellers returned the pair to the support area of $1,860 at low volumes. In this case, a decline to the support at $1,730 is the most likely scenario at the moment.

On Saturday, the XRP price was trying to recover, and on Sunday morning, buyers were able to test the two-hour moving average EMA55. Buyers were unable to overcome this resistance around $0.60 and, during the day, the pair retraced slightly.

Bears have seized the initiative in the mid-term projection and may continue the decline to the vital mark of $0.50.