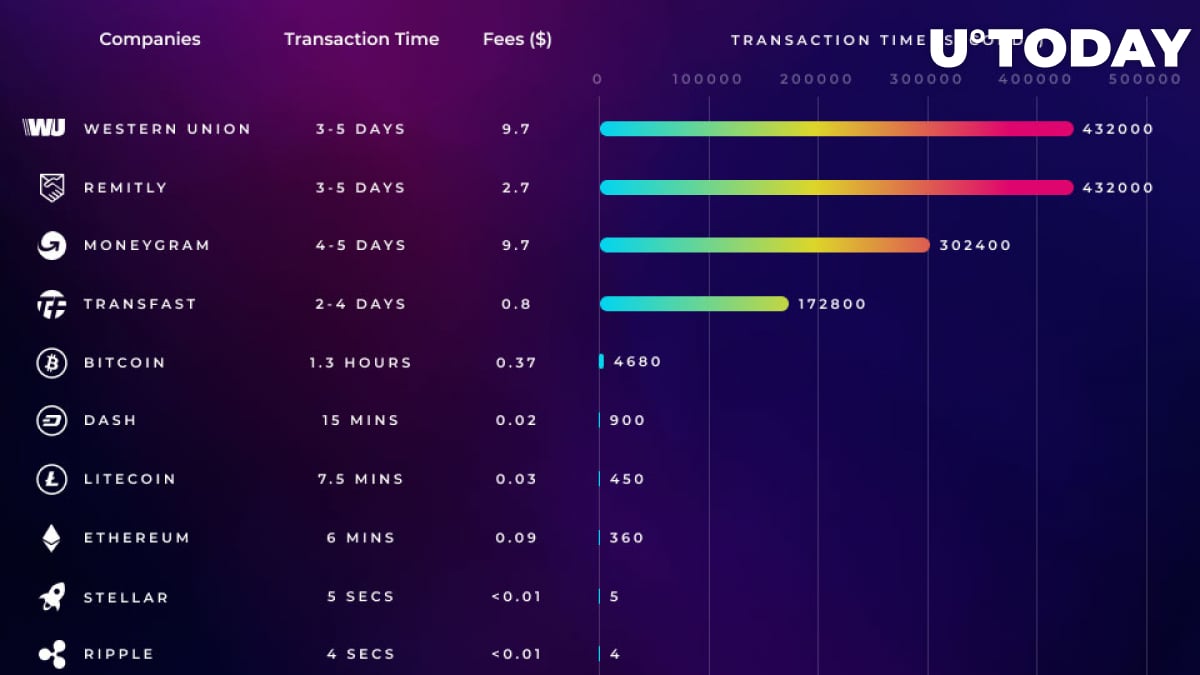 Blockdata recently published a study that shows how Blockchain is disrupting the global remittance industry. Cryptocurrencies that rely on Blockchain greatly outperform traditional services when it comes to the time of remittance settlement.

While many critics scold Bitcoin because of its scalability issues, an average transaction usually takes up to one hour to be processed. For comparison, Western Union, MoneyGram and other companies that represent the $700 bln industry would make you wait up to five days.

Ripple’s XRP, which is now being widely used for cross-border payments, offers even faster speed of 1,500 TPS.

The aforementioned study also mentioned a lot of Blockchain-startups (SureRemit, InstaRem, etc.) that are focusing on making remittances faster and cheaper. Notably, most of these companies utilize existing Blockchain technologies, such as RippleNet and Stellar. There are also some exceptions: Wyre, for instance, uses its own technology for cross-border payments.