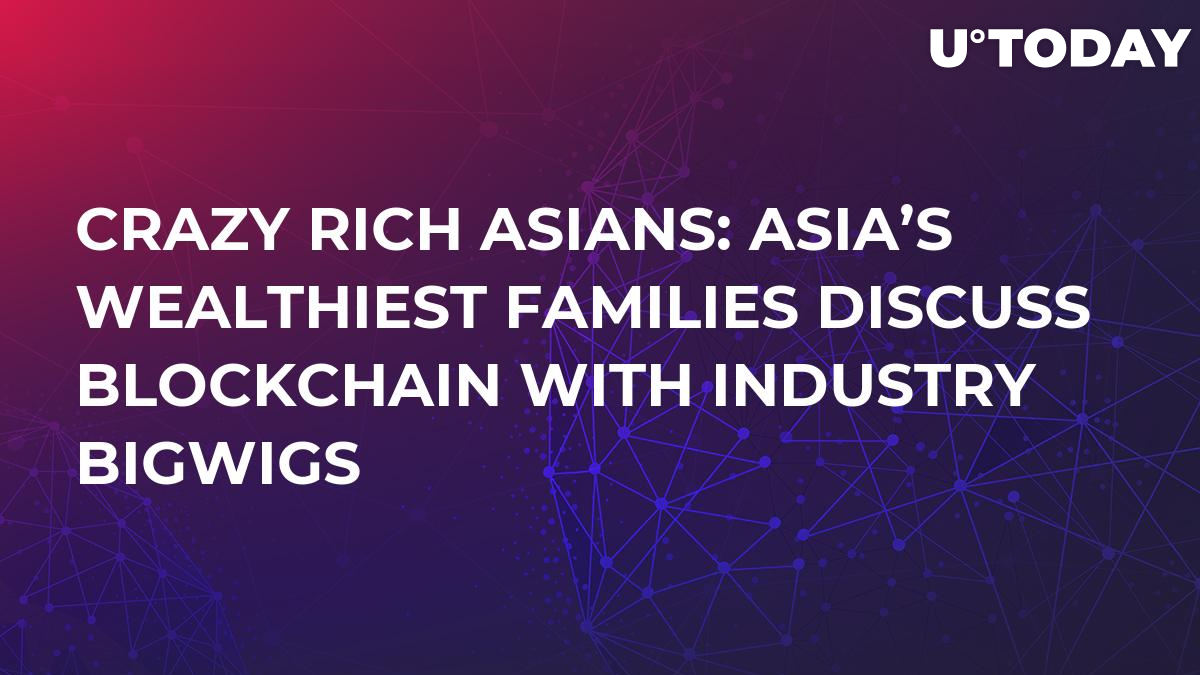 During today’s ‘Decrypting Blockchain for Business’ event, the most prosperous families of the Asian continent gathered in Singapore to weigh in on one of the most disruptive technologies of this decade — Blockchain. The Forbes-organized event gathered many crypto influencers, including Binance’s CEO Changpeng Zhao (CZ).

There are two kinds of people

After the brutal cryptocurrency crash, the atmosphere in the room was far from euphoric. However, the purpose of their meeting was not to express their gushing concern over cryptocurrency prices — Asia’s richest people want to focus on the future that Blockchain, the technology that underpins Bitcoin, can give them.

Anderson Tanoto, the son of RGE founder Sukanto Tanoto, claims that there are two kinds of people in the current cryptocurrency space. Those who want to make quick millions by investing in cryptocurrencies (the ‘lambo’ guys) and those who want to change the way we live today with Blockchain. Indeed, this technology has a huge disruptive potential, and there is a myriad of industries whose face will be completely changed with the help of it. Notably, RGE already utilizes Blockchain to increase the efficiency of the palm oil supply chain.

Cannot ignore the elephant in the room

While the participants mainly stuck to the ‘Blockchain, not Bitcoin’ narrative, crypto and the main use case of the technology was seemingly an unavoidable topic. Changpeng Zhao was one of the key speakers who particularly addressed the problem of cryptocurrency adoption during the Forbes event. He is not satisfied with the current state of payment adoption, and he claims that Binane is ‘pushing really hard’ to tackle the problem.

CZ also made an announcement about the creation of their own Blockchain dubbed ‘Binance Chain’. The modus operandi of Binance Chain will be similar to that of Ethereum: startups will be able to launch their own ICOs.

Bobby Lee, the founder of the first cryptocurrency exchange BTCC, was also there to discuss the current state of the market. Meanwhile, Bloq’s co-founder Matthew Roszak sees a building momentum in the middle of the crypto rout.