Alex Dovbnya
Jihan Wu, the founder of the biggest crypto company in the world, is certain that digital assets will have to face significant transformations 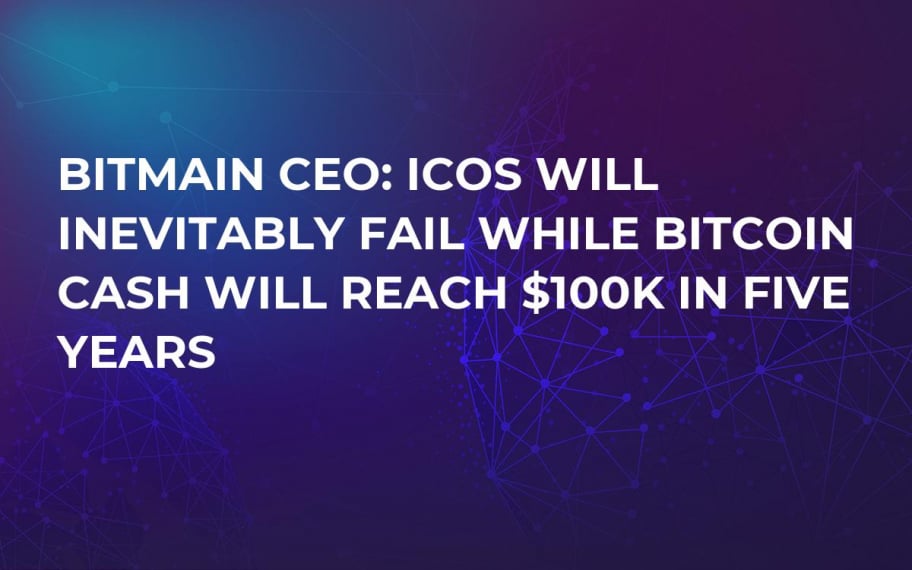 During a recent interview, Bitmain’s co-founder Jihan Wu weighted in on the future of crypto and ICOs. He believes that coin offerings will disappear while digital assets will have to adapt to the traditional market.

Jihan Wu’s vision of the future

Bitmain was the first company that introduced ASIC chips that later managed to elbow out GPU mining hardware. Right now, Bitmain’s market cap is on the cusp of hitting an astronomical amount of money (about $35 bln) once the long-anticipated IPO is launched. That being said, Jihan Wu is deemed as one of the most influential figures in the crypto world whose opinion has a significant value.

Wu is certain that cryptocurrencies will resemble traditional assets (stocks, bonds, etc.) in the nearest future. They will come as a replacement for a myriad of tokens that are currently present on the market.

ICOs are the problem

When asked about the future of crypto, Jihan Wu made it clear that he is excited about cryptocurrencies, but he did admits that there are plenty of opportunities who try to take advantage of the fledgling market. He particularly criticized ICOs that only offer a whitepaper instead of a real product, thus tarnishing the reputation of the whole industry. As U.Today previously reported, 78 percent of new ICOs are already dead after one year.

Wu calls ICOs a ‘financial bubble,’ adding that they cannot be compared to traditional IPOs. As investor’s interest for coin offerings is already dwindling, Bitmain CEO predicts that ICOs will go extinct in a matter of years.

Wu is also an ardent supporter of Bitcoin Cash: Bitmain’s pre-IPO documents have revealed that the Beijing-based company holds more than $600 mln in BCH. Back in January, the company allegedly sold off a lion’s share of BTC in order to bet on Bitcoin Cash.

It comes as no surprise that Jihan Wu is being extremely bullish about BCH, claiming that it will be the leader of a future crypto economy. Wu predicts that Bitcoin’s step-brother will be able to hit as many as $100,000 in just five years. He also thinks that Bitcoin Cash should adopt its protocol in order to support the new generation of cryptocurrency assets.