Bitcoin Trades Sideways as Volatility Drops Below Some Major Stocks 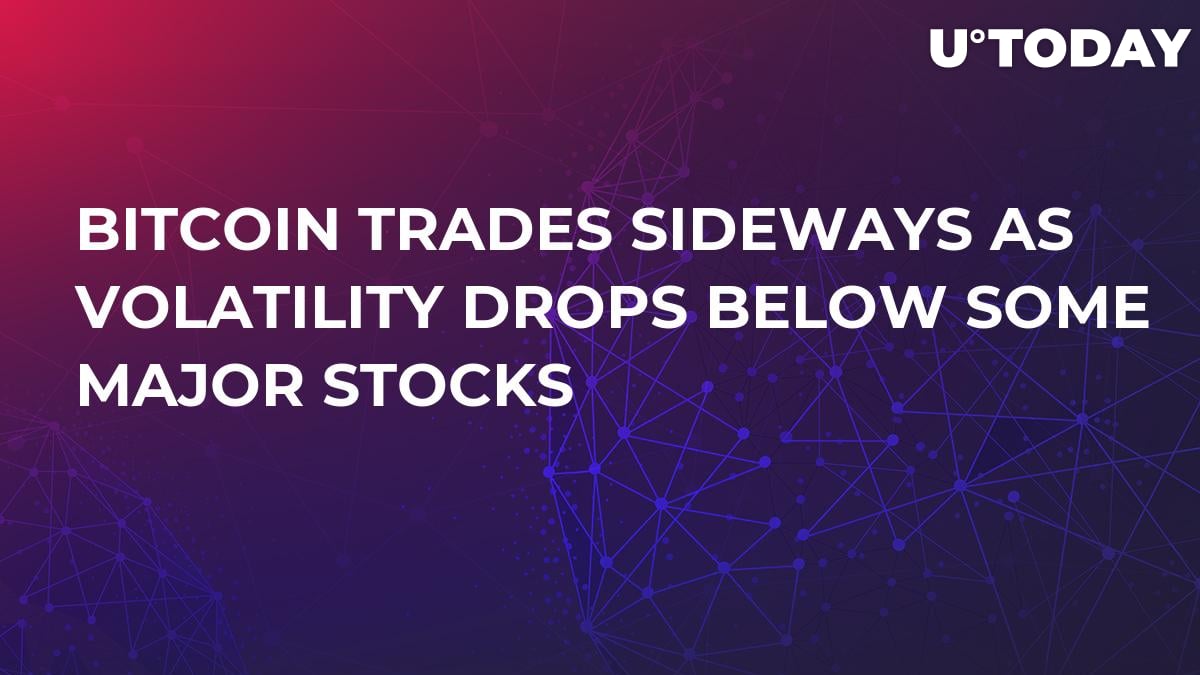 Bitcoin’s price, following an untethering of stablecoin Tether last week, has remained surprisingly stable between $6,400 and $6,500 over the last few days. So often the king of volatile stocks, the digital currency is now more stable than the likes of Amazon, Nvidia, and Netflix and is approaching Apple’s level of low volatility.

It remains to be seen which way Bitcoin will head next after this sustained level of sideways trading, but there has at least been a small increase in the trading volume seeing it go from $3.1 bln to $3.7 over the last two days.

Jumping up from key support

Last week, Bitcoin was hovering around what appears to be its bottom — $6,200 — where it has often found support in sharp falls. However, an unpegging of controversial stablecoin Tether helped the major cryptocurrency gain ascendancy again as it almost crossed the $7,000 mark before falling back to the mid-$6,000s.

Since that happened just over a week ago, there has been a slight decline in the Bitcoin price as it fluttered down towards $6,400. However, it has managed to trade between the small margin of $6,400 and $6,500 in very sideways movements.

Shaking off the volatility

The recent sideways trading has also helped Bitcoin’s volatility stay incredibly low for an asset which has made its name with massive swings — both up and down.

According to data from Cboe Global Markets, the 20-day historical volatility of Bitcoin has fallen to 31.5 percent, below that of Amazon 35 percent, Netflix 52 percent, and Nvidia Corp 40 percent. Furthermore, it’s even starting to head towards Apple which is at 29.3 percent.

This deviation from traditional volatility is still being explored and understood, with many unsure what it means for the cryptocurrency market and Bitcoin in particular. However, there does seem to be a real correlation between the lower prices of Bitcoin and its volatility.