Alex Dovbnya
Bitcoin has pared its losses after rising above $13,800 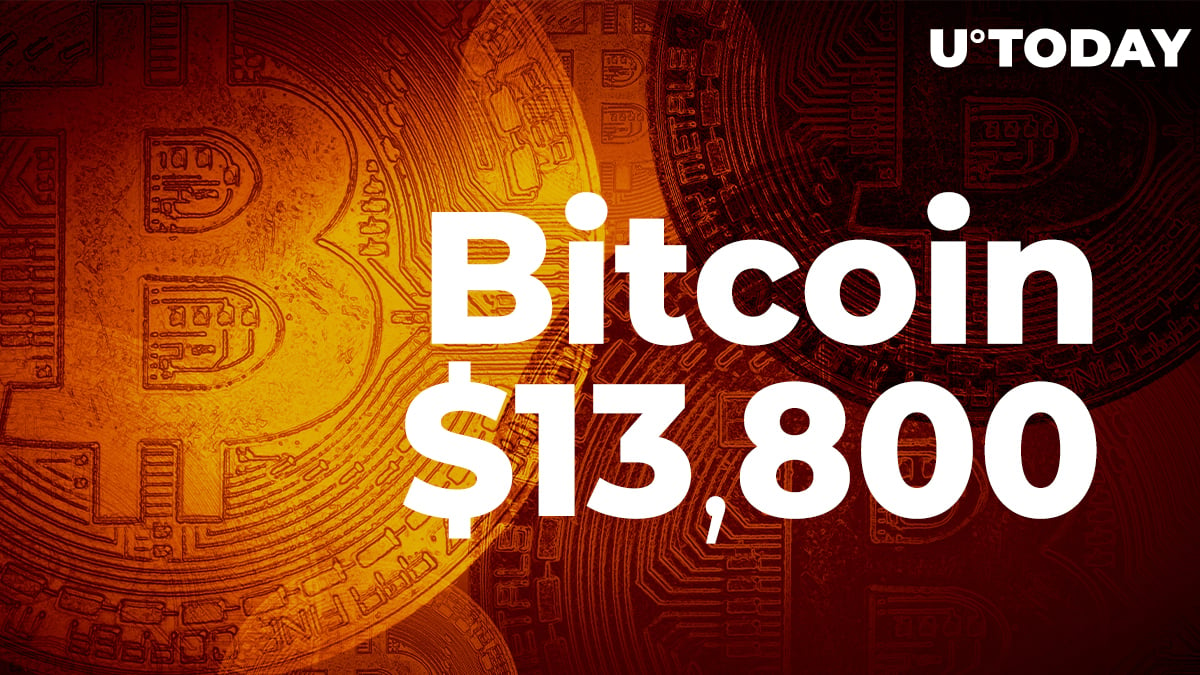 Bitcoin, the top cryptocurrency by market cap, rose to an intraday high of $13,812 on the Bitstamp exchange.

After initially edging lower to $13,287, the top cryptocurrency has now reversed course.

The cryptocurrency appears to be dancing to the tune of the upbeat U.S. stock market.

While the bulls did not hold onto all of these gains, Bitcoin still logged a historic monthly close on the Binance exchange.

Bitcoin continues to grind higher in spite of a massive hashrate drop in October.

According to data provided by BitInfoCharts, it declined from its all-time high of 157.6 EH/s to 97.6 EH/s in less than a month.

As reported by U.Today, the hashrate started its precipitous plunge following the end of the rainy season in China's Sichuan province. The region is known as a major cryptocurrency mining hotbed.