Darryn Pollock
China has taken the lead in breaking down cryptocurrencies, but can it really succeed in crushing the decentralized currency? 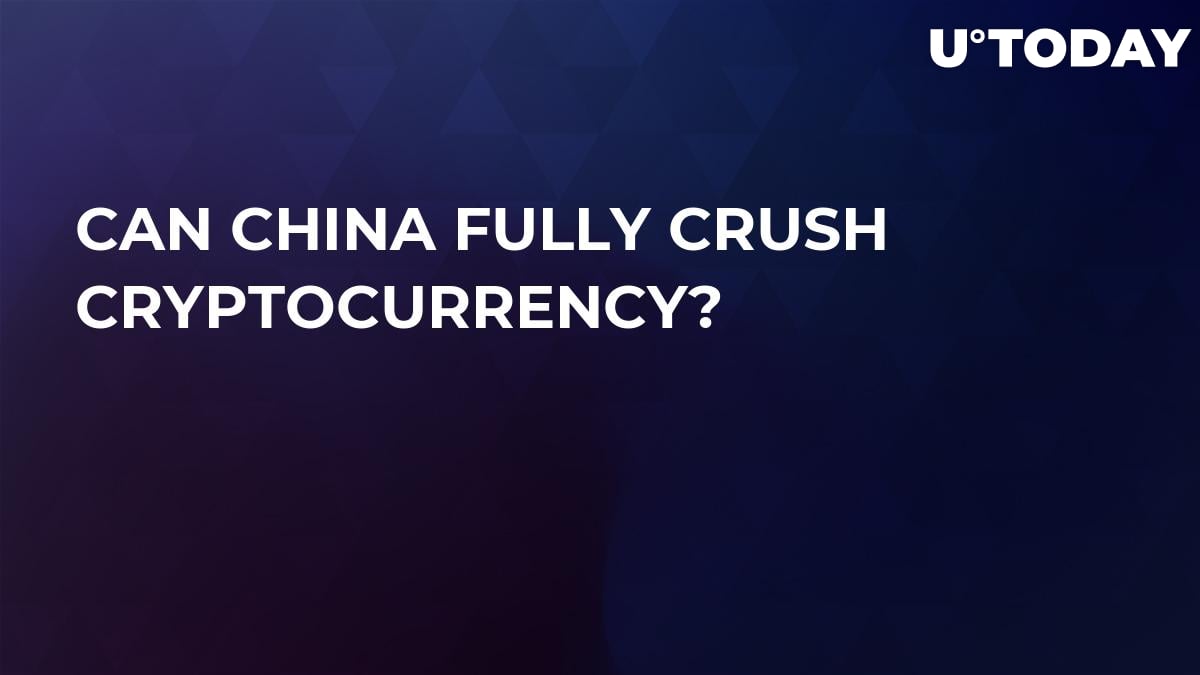 It has been nearly a year since the Chinese government decided to make a big stand against cryptocurrencies and ban ICOs in the country. This sparked a movement in the People’s Republic that is still ongoing, with the latest news being that promotional events are being banned beyond the borders of the capital.

China has a real bug bear with cryptocurrencies, but that does not extend to the underlying Blockchain technology, and this is what makes their position unique and interesting. Will they be able to remove Bitcoin from Blockchain, and if they do, what will they be creating?

From ICOs to the Great Wall

China’s position became clear when they decided that ICOs were not safe and should not be allowed to function in their country. The government placed a blanket ban over the ICO market and set quite a precedent for others who were wondering what to do with ICOs.

But this was just the beginning as soon exchanges felt the full brunt of the government as they were soon squeezed out, and then finally, the government blocked access to overseas-based exchanges or order to try and lay the killing blow.

Now, Guangzhou’s special economic zone in southern China has banned events promoting cryptocurrencies as the crackdown on digital money extends beyond the country’s capital of Beijing.

At first, China’s ploy to ban cryptocurrencies did not seem to be working as were many different workarounds with the citizens turning to things like LocalBitcoins and foreign exchanges. However, the ongoing battle continues and as such, it now seems that the government is getting the upper hand.

China used to be one of the biggest cryptocurrency players in the world, but since the government intervention, the local currency, the Yuan, has gone from 90 percent dominance on Bitcoin markets to one, a startling difference and indicator.

So if China is being effective in crushing cryptocurrency, and stopping its use, why is there still big talk and excitement about Blockchain technology, the underlying technology? Blockchain is still being spoken about with full reverence, but the decentralized coins that have emerged are quite taboo.

It becomes clear to see that China is not being regressive in its acceptance of new technology, it is just not happy with not having control and a central authority for it to be controlled by. These decentralized coins that are owned by no one make China nervous, but they believe they can change that.

It is now becoming a lot like how the internet made its home in China. The world wide web is fully controlled and regulated in China despite it being open and free to use normally. The same seems to be happening with Blockchain technology.

Blockchain is being rolled out in China in a way in which the government can control and harness, without it being too liberal and free.

Since that move by China near on a year ago, it set a harsh precedent on regulating Bitcoin. However, since then there has not been any other nations that have come close to its strictness. It would seem that China’s model may be a bit of a once off as other nations are interested to see how the space can evolve naturally.

China will not be left without Blockchain, but what they will end up will probably be a lot different to what the rest of the world knows or uses, once again leaving them slightly isolated in terms of future technologies.