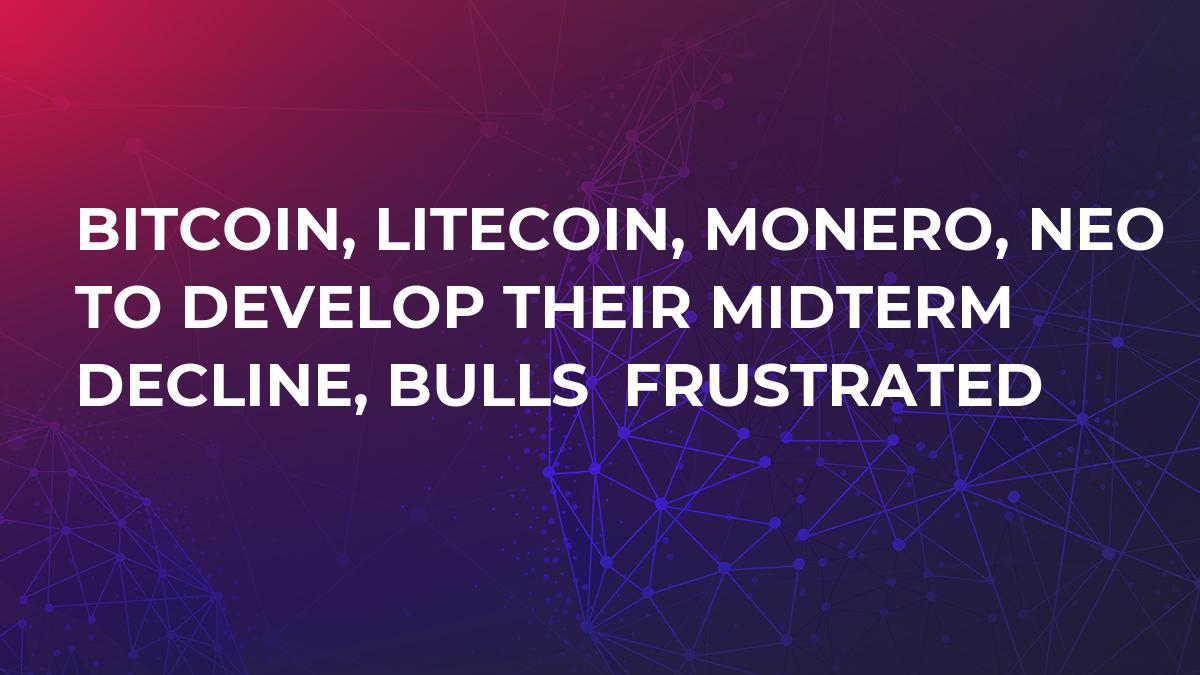 All the reviewed cryptocurrencies went downwards in the second half of the day, marking the inability of bulls to gain momentum. The bears resume their market domination and seem to have enough power to develop this midterm downside tendency further towards the closest local support areas, which will be described here later.

Bitcoin started today’s session in a positive mood, but changed it later after the Shooting Star candlestick signal appeared, allowing the currency pair to reach the upside trendline first and then to break it out and to reach the support line (9,200 area).

BTC/USD continues to fall currently and seems to aim the next support (8,900 area). There is another scenario as well. BTC/USD may start a correction now to reach the resistance level (9,200 area). Anyway, BTC/USD seems to follow its downside trend line, which was tested today.

It is important to mention that the trendline coincides with the lower border of the Ichimoku Cloud. The price jumped off the indicator as well making the signal to fall even stronger.

The currency pair followed Bitcoin in its downside tendency and went downwards, breaking out the upside trend line. LTC/USD fluctuates close to the support line (160.00 area). Bulls have lost their chance to support the uptrend as bears gained momentum and changed the scenario.

LTC/USD is close to the support currently and the fluctuations a quiet. There are two possible scenarios on the way. Litecoin is able to either start a correction here (which is more likely to happen) or to resume its decline. The second scenario needs volume to break out the support line.

Monero still follows its morning scenario as the currency pair reached a very important support within 220 area. The support was established in April 2018 after the price skyrocketed from 200 to almost 230.

XMR/USD was inside the Ichimoku cloud today, but left the formation and accelerated its decline. The price broke out the previous support (228 area) and went downwards even further. There is a sort of a correction currently. The evident scenario is that Monero will try to return towards 228 area in order to test it. However, you need also to be prepared for further bears’ attacks. The price may fall below 200 in this case within several days.

The currency pair went downwards following Bitcoin and other coins from the review. It still goes along the midterm downside trend line from May 6, 2018. The short-term upside trend line was broken out today and NEO fell down without any obstacles.

There was an attempt to test the lower border of the Ichimoku cloud, but the price jumped off this formation and touched the support line (76.00 area). Currently, NEO/USD is more likely to start a correction at least and to go towards the downside trend line or even the lower border of the Ichimoku cloud. The less likely scenario for NEO/USD is to develop its downside tendency by breaking out the current support line (76.00 area).