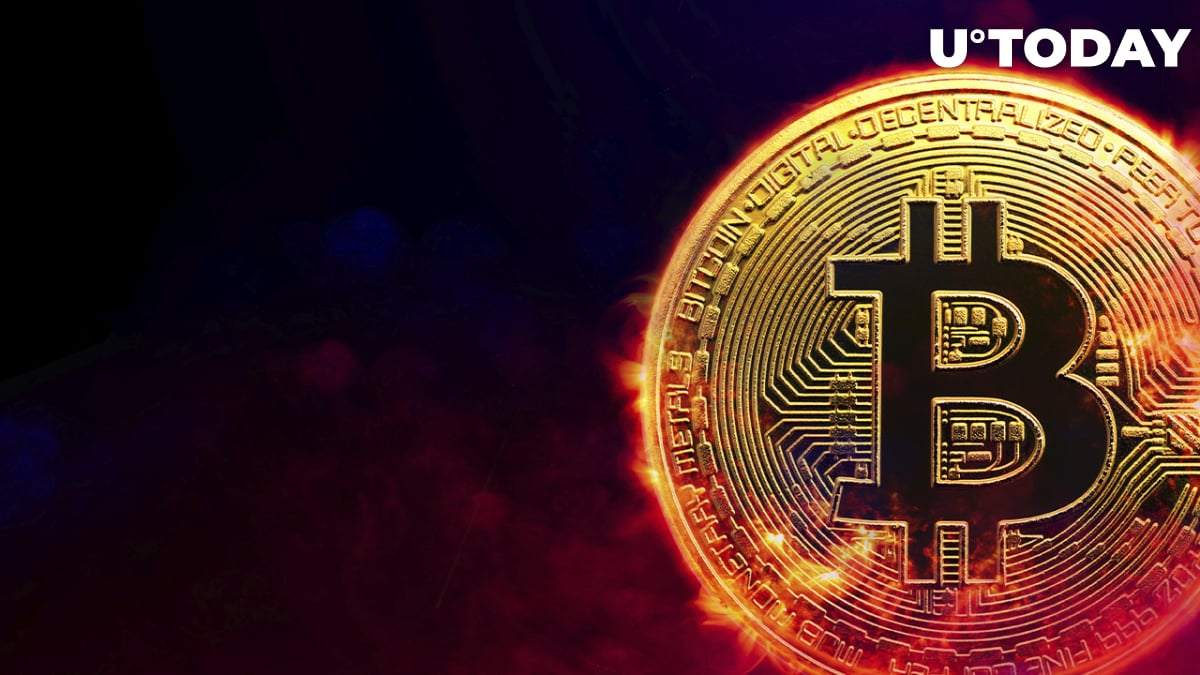 The Bitcoin price has collapsed more than 8% over the past 24 hours.

Earlier today, it plunged to $36,000, reaching its lowest level since Feb. 24 and dashing hopes of another rally.

The world’s largest cryptocurrency is getting pummeled together with U.S. stocks.

Tech stocks have erased hundreds of billions of dollars, with the Nasdaq Composite index heading for its worst day since June 2020 after plunging 5%. The shares of tech giants, such as Amazon, have shed as much as 7%.

Cryptocurrencies and stocks have been struggling to regain ground since the start of the year due to the U.S. Federal Reserve’s hawkishness. As reported by U.Today, the Fed raised the benchmark interest rate by 50 basis points for the first time since 2000. The central bank is determined to reduce inflation, which recently hit its highest level in four decades.

Related
Alabama Senator Supports Allowing Crypto in Retirement Accounts
Yet, the market responded swimmingly to the big news. Crypto and stocks even saw a short-lived bounce after Fed Chair Jerome Powell said that 75 basis point hikes were not on the table.

Now that investors and traders have reassessed Powell’s comments, negative sentiment is once again driving the market action.

Bitcoin’s massive plunge coincided with the U.S. dollar index (DXY) reaching its highest level since December 2002. It peaked at nearly 104 early today, growing 9.65% since the start of the year.

The greenback has solidified its status as a reliable safe haven for investors.