Darryn Pollock
Historically, the lead-up to a block reward halving has usually been met with a bullish run in prices. 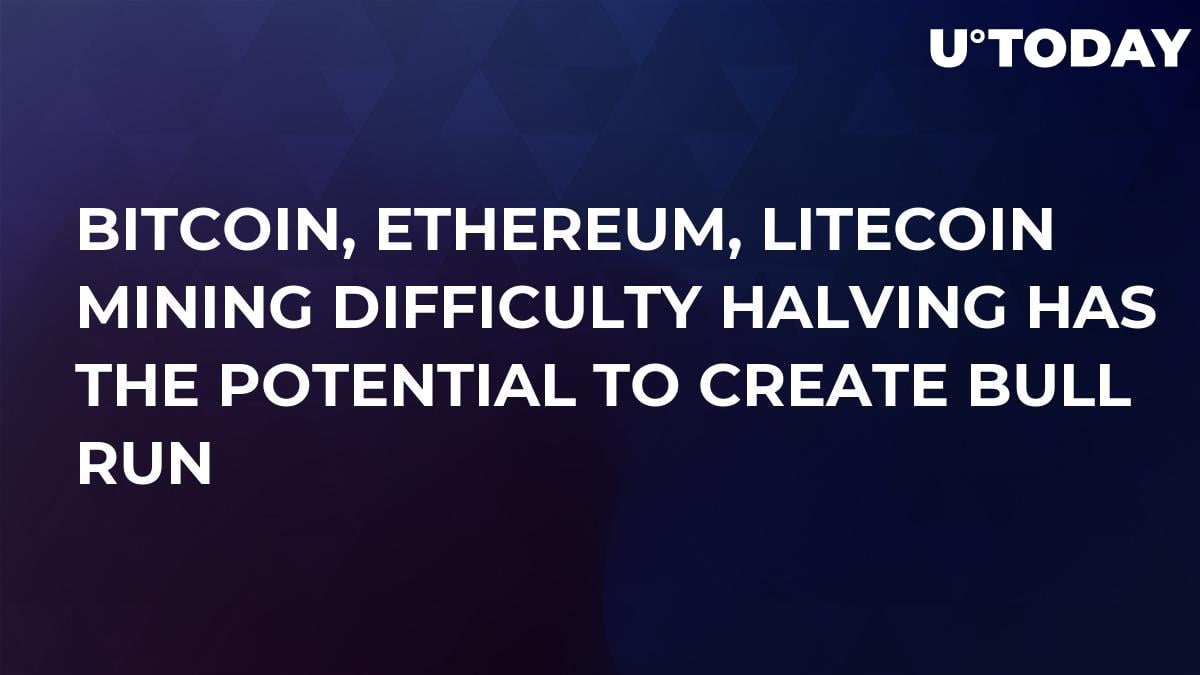 There is historical reason to believe that the likes of Bitcoin, Ethereum, and Litecoin, could, in the mid-term future, start a bit of a bull run because of their block reward halving, which is approaching for the three prominent cryptocurrencies.

When it comes to block reward halving, Proof-of-Work coins such as the ones listed above become harder to mine, bringing into the equation the scarcity of the assets in terms of supply and demand.

It is because of this that there is evidence suggesting that harder difficulty in acquiring the aforementioned coins could lead to bullish tendencies for their prices.

A trifecta of halving

Litecoin is the first of the three that is expected to get harder to mine as its halving is due in August this year. ETH is reducing its block reward by 33 percent in February, and Bitcoin’s halving is just over a year away, due May 2020.

While these dates seem quite far off, especially in a quick-moving cryptocurrency market, it has been suggested by a trader that there has historically been a Bitcoin pump a year before its halvings.

The next halving is May 2020, meaning we are only a few months away from the start of the pump

Are we really going to dump another -70% in the next few months? Doubt it

Bitcoin is expected to see its block reward decline by 50 percent by May 2020, which will decrease the rate in which new coins are mined. The block reward halving will limit the circulating supply of Bitcoin. If the demand for the asset remains the same or increases, it could have an impact on its price trend.

However, there is also evidence suggesting that these halvings have already been factored in, but even if it were so, it is difficult to conclude absolutely.

Chainalysis senior economist Kim Grauer has said it is complex to conclude whether the decline in the circulating supply of Bitcoin is already priced in.

“That is a very complex question. On the one hand, direct calculations about market cap do not take lost coins into consideration. Considering how highly speculative this field is, those market cap calculations may make it into economic models of the market that impact spending activity,” Grauer said.