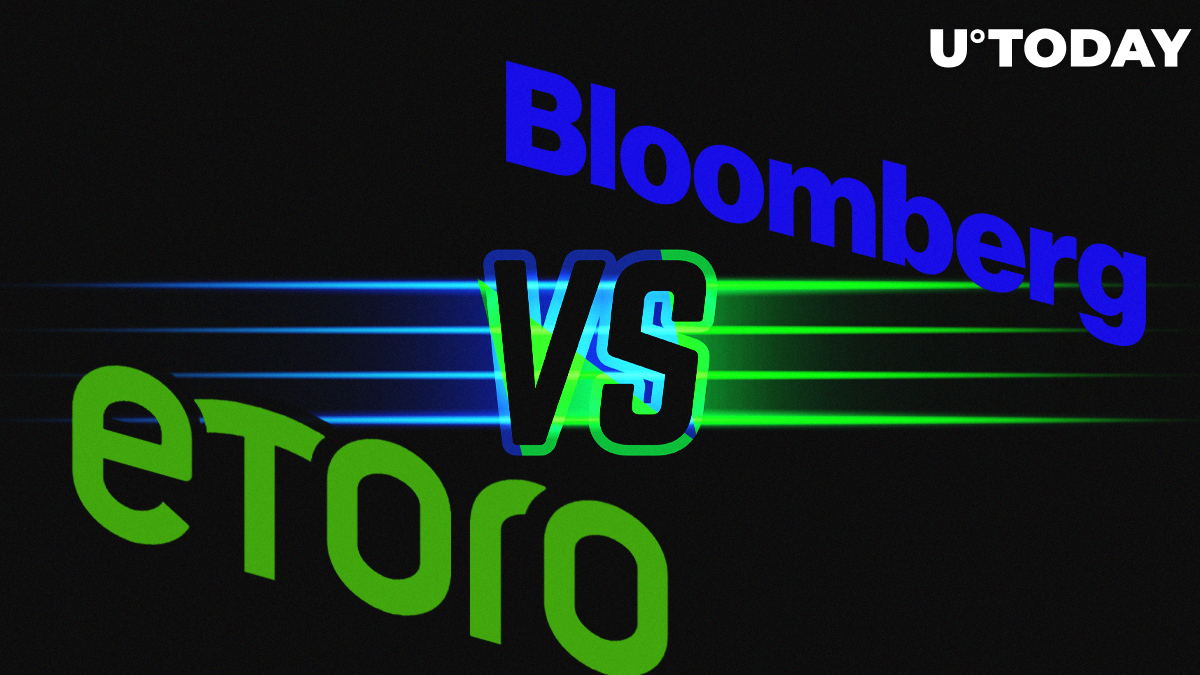 ‘One of Bloomberg TV’s most talented anchors’ with 180,000 people following him on Twitter,  Joe Weisenthal, has joined Dr Doom Roubini and others of the kind to have a public say against Bitcoin and Bitcoin ETFs that are currently being considered by the US SEC.

The chief analyst of eToro Mati Greenspan in his daily newsletter has published an open letter to this man, reminding him what Bitcoin was actually made for and why he should not be criticizing it.

"Bitcoin is for making transactions against the man"

Quoting Weisenthal, Greenspan admits that his opponent is not only a popular Bloomberg TV anchor but an excellent economist. Still, the analyst strongly disagrees.

In today's @Markets newsletter, I wrote about how the point of Bitcoin is do to the transactions that THE MAN doesn't want you to do (including illegal transactions). And the allowance of a Bitcoin ETFs would essentially be a big subsidy to this market https://t.co/e5TYtjIuOw pic.twitter.com/fkMbexuv8v

“There's no getting around it. If your intention is totally legal or benign or inoffensive, use a Visa card. A blockchain is too computationally inefficient and expensive to waste on anything but the transactions which Big Business and Big Government don't want you to do.”

Mati Greenspan points out that this and other arguments against Bitcoin and other blockchain-based currencies are ‘fundamentally flawed’.

The eToro’s analyst reminds that Bitcoin was designed to be an open and free network. It was meant to be used by people the way they want. Some, unfortunately, chose BTC for illicit and criminal utilization.

He enumerated positive sides of BTC use, such as quick and cheap remittances, and in particular, advantages that BTC gives to market participants.

Later on, Joe Weisenthal posted an update, saying that it was not Bitcoin he spoke against. No, it was startup founders who were ‘whitewashing Bitcoin's radical, anti-establishment roots’.

Greenspan responds to that:

“Bitcoin was created to provide an alternative to the current financial system, which is controlled by governments and banks. To give people the choice to opt-out. Now, that doesn't mean that these people are necessarily doing something wrong.”

Greenspan reminded Weisenthal that in his tweet he is playing against people who choose to use BTC as money that does not depend on banks or invest in it.

“At the end of your editorial note you did specifically urge lawmakers to think twice before approving a Bitcoin ETF… As an influencer, you have a loaded gun and you've handed it to the lawmakers who are trying to shoot Bitcoin down.”

Bitcoin sentiment on Twitter rises thanks to Weisenthal’s message

eToro’s chief analyst points out that Weisenthal’s tweet actually provoked a positive reaction and only made people’s interest to Bitcoin on Twitter stronger.

“Still, the discussion you've created on Twitter does seem to have had a positive impact on overall sentiment. We can see that Twitter sentiment (the blue line) was at an extreme low at the time of your original tweet (red circle) but has since rebounded.”