Darryn Pollock
A bartering community tool in Canada has delved into cryptocurrency, but its users are not happy that this move is ‘cashless’ enough 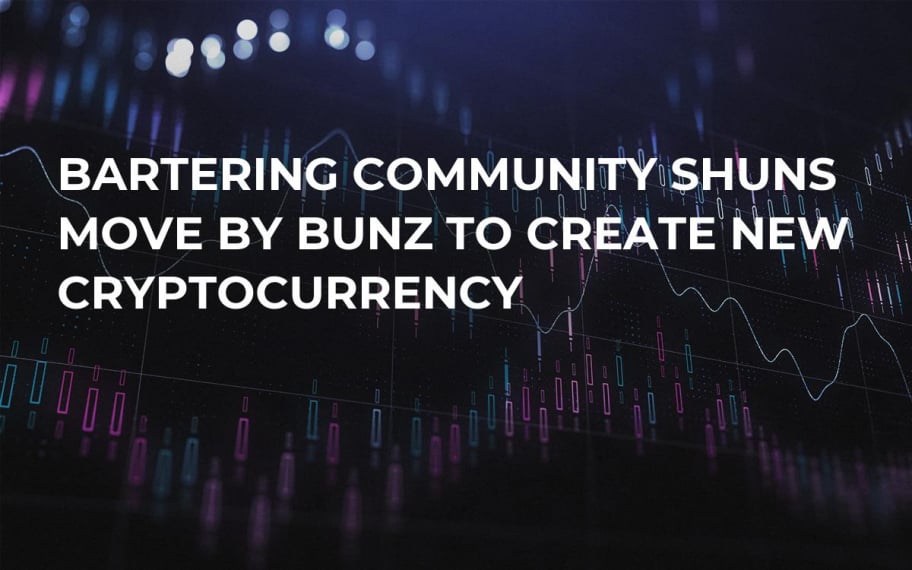 Bunz, a Canadian online bartering community, has joined the march towards a cashless society in a move it believes is in line with its ideals, by launching their own cryptocurrency. The problem is, their established community have not reacted well, believing that this is a form of selling out.

It raises some interesting questions as the view of cryptocurrency is predominantly one of disruption of the established financial order, but there are those who still believe that cryptocurrencies are too similar to cash and standard finance.

Bunz announced the roll-out of its BTZ cryptocurrency in a press release, saying it has partnered with more than 100 local food, beverage and retail stores to accept BTZ in exchange for food, coffee, beer, clothing, beauty services and other goods.

Users of Bunz are instantly credit with around $10 worth of the cryptocurrency, which equates to 1,000 BTZ. It has already been effectively used in real-world application.

“I went into a coffee shop today and bought a cup of coffee for 300 BTZ,” Bunz CEO Sascha Mojtahedi told Vice.

While the online community seems to be heading in an interesting and viable direction, with a cryptocurrency that can be used as such at certain outlets, it has not received too much good cheer.

Many on social media slammed the company’s move to launch a digital currency, saying it’s selling out, the Financial Post reported.

“So much for subverting capitalism,” one Facebook user wrote.

Another said: “RIP Bunz spirit and integrity. Develop something to help poor people get around the financial constraints of capitalism. Capitalize the hell out of it.”

“Develop your own currency for it (but don’t call it money lol). Stand back and watch something that was once beautiful die a protracted, awkward death.”

CEO Mojtahedi does not agree with these sentiments stating that he believes it helps in that the company is essentially “doubling down.”

He explained: “Because it’s a bartering community we’ve had a number of issues around value disparity. The divisibility of goods and all these problems can be solved by a cryptocurrency. I think this just gives our community more flexibility.”