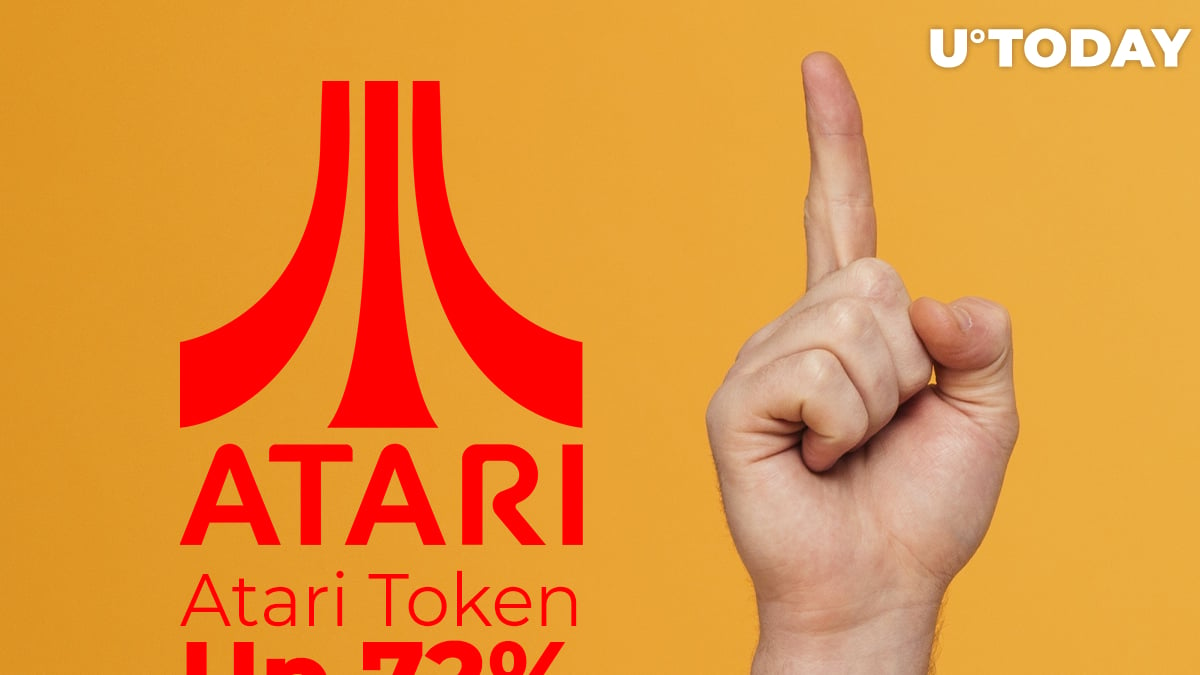 The utility token of the Atari chain - ATRI - had a record-breaking 72% price increase in a matter of hours after the announcement of the implementation of Fantom blockchain. Atari Chain was developed by gaming industry veteran Atari and the ICICB Group.

Atari is one of the most popular video game creator companies in the world. Back in 1972, the company released the Atari 2600 Video Computer System that has become part of thousands of households in the country. Games like Pong, Space Invaders, Frogger and Breakout have become mastodons of the gaming industry.

Back in 2020, Atari formed a division called Atari Chain that entered the blockchain world with its own cryptocurrency, named Atari Token (ATRI). Atari token's purpose is to act as a payment tool inside of the ecosystem of the interactive entertainment agency. The token functions on the Ethereum blockchain and is compatible with the ERC-20 standard.

On Sept. 1, 2021, ATRI became part of decentralized finance platform Fantom (FTM). The Fantom blockchain allows users to transfer their funds with low fees and fast processing. After the news was released, the token has faced a 72% price surge and reached the all-time high of $0.085 on decentralized exchange SpiritSwap.

Previously, Atari tokens were trading exclusively on Uniswap and Bitcoin.com. In order to purchase a significant amount of tokens, users had to pay large fees and pass a high threshold. We should also note that Atari tokens have always been available in the original percentage, and only a small part of the supply has been moved to Fantom.

Tokens are available for trading on major DEXes that support Fantom blockchain, like SpiritSwap, ZooCoin and Uniswap.

Resettlement of some part of the funds to Fantom blockchain, which now makes ATRI tokens available for a wider range of investors, had lead to increased demand. The token's price started moving on the morning of Aug. 31 from $0.045 and then stopped the run at $0.082 on Sept. 1.

At press time, the token's price was consolidating at $0.078, according to CoinMarketCap.

The token's market capitalization is relatively low compared to major cryptocurrencies. At press time, it is sitting at around $65 million. It has a circulating supply of almost 900,000 coins with a total supply of 7.7 billion coins available.

One of the main goals of the company is to make tokens accessible and affordable to all who are interested in gaming and blockchain technology. One of the main priorities is to make players wager tokens against each other in competitive games and to incentivize skill-based gaming.

The most recent gaming project by the company is Atari VCS, which is a modernized gaming and computing system that becomes a symbiosis of personal computers and gaming consoles. The device can also be used as a node to validate blockchain transactions. Atari will use the VCS platform to utilize the coin swap of Atari tokens around players. The company's tokens will be used in future projects like a betting platform with online games and even casinos.