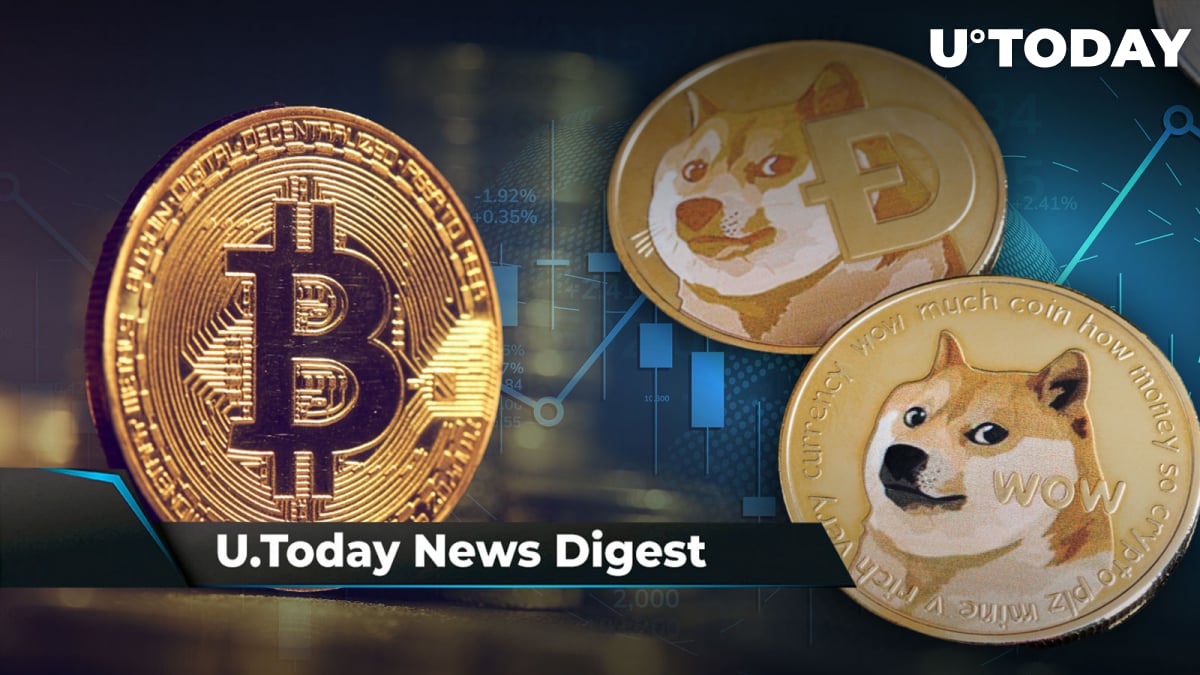 Take a look at the most important crypto events that happened in the last few days of November with U.Today’s top four news stories.

50,000 Bitcoin bought in five days as these investors prepare for Santa Rally

Santiment crypto analytics portal reports crypto holders purchasing 47,888 BTC over the past five days, which comprises approximately 0.24% of the entire Bitcoin supply. This accumulation was preceded by a 13-month Bitcoin dump associated with the FTX crash; in the first three weeks of November, whales holding 100 and 10,000 BTC sold off 1.36% of the Bitcoin total supply. The volume of recent purchases is still much lower than what was sold in November alone. It seems that BTC whales started accumulating BTC in preparation for a “Santa Rally,” which usually starts on the financial markets in December.

Over 2 trillion SHIB wired as altcoin hype reaches its peak

As shared by Twitter user @shibaplay_ yesterday, anonymous wallets shifted more than two trillion SHIB (worth $20 million in fiat) over the course of 16 hours. This whopping amount of meme tokens was transferred in two big chunks, carrying 1,060,594,914,048 SHIB each. One of these lumps went to the Coinbase crypto exchange, most likely to be sold. The other lump was moved from one anonymous wallet to another. A much smaller amount of this meme coin, 101,686,305,164 SHIB, was also transferred between two anonymous whales. At the moment of writing, Shiba Inu is changing hands at $0.00000926.

Yesterday, Dogecoin, the original meme token, saw its price surging by roughly 12%,  reaching a peak of $0.10516 on Binance. Per CoinMarketCapData, DOGE is currently the best-performing cryptocurrency within the top 10 and also the third best-performing crypto within the top 100 (trailing only Fantom and Chainlink). Over the weekend, Dogecoin’s price demonstrated double-digit growth as well following Elon Musk’s suggestions to create his own smartphone if Google and Apple ban Twitter from their stores. The crypto community saw this idea as a potentially positive sign for future Dogecoin adoption.

Bitcoin price will not reach $1 million, David Gokhshtein thinks, here's what he expects

According to David Gokhshtein’s recent tweet, in which he opined on the future of the Bitcoin price, he does not think that the king crypto will reach the $1,000,000 level in any scenario. Gokhshtein’s hopes for the price of the leading cryptocurrency are still quite high, though; he expects BTC to hit $250,000 per coin. The same forecast has been offered by crypto-supporting billionaire Tim Draper in the past few years. Previously, Gokhshtein has also opposed the widely anticipated rise in cryptocurrency prices. Earlier this year, he tweeted that he does not see Shiba Inu reaching $1. However, he tweeted that he believes it could reach $0.001.