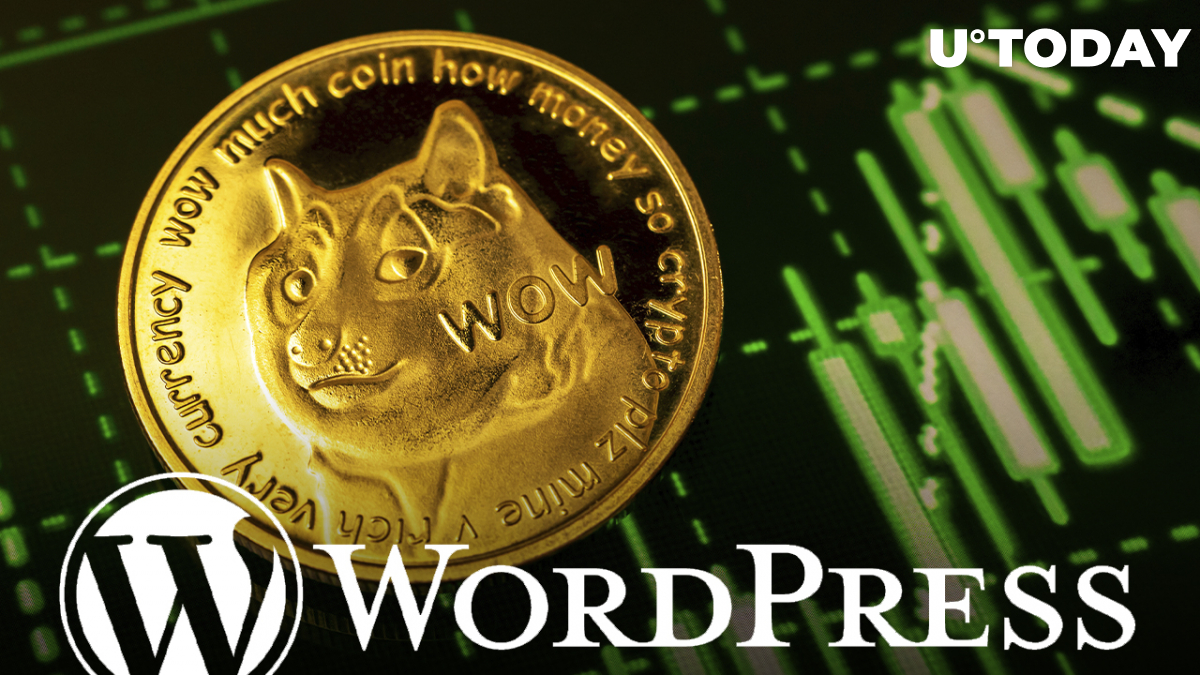 According to DogeDesigner, a UX/UI specialist and graphic designer at Dogecoin Foundation, millions of WordPress websites can now accept Dogecoin using the WooCommerce plugin "Easy Dogecoin Gateway" built by the Dogecoin developer known as "inevitable360."

The free plugin is now available for download on the official WordPress directory: https://t.co/Wm3cYaYBZW pic.twitter.com/Rs2pZqpmBH

The plugin allows WordPress websites to accept Dogecoin payments simply by using Dogecoin addresses, without the need for any third-party payment processors, banks or additional fees. The plugin also uses the Google API to generate QR codes and the CoinGecko API to convert fiat into Dogecoin's current price.

This might be seen as positive for Dogecoin adoption as WordPress is being used by over 455 million websites as of 2021, and the figure is only growing.

Dogecoin adoption and use cases

In recent months, several discussions on Dogecoin use cases have surfaced. According to the Dogecoin Foundation, its sole aim is to make Dogecoin the global currency for the payment of goods and services.

As previously reported, DOGE was utilized to purchase a controlling stake in the BIG3 league basketball team Aliens. Bill Lee, a founder of Dogecoin wallet MyDoge, bought non-fungible tokens (NFTs) for the Aliens exclusively in DOGE, thereby offering in return a controlling stake in the BIG3 team. As part of the deal, MyDoge/Dogecoin branding will appear on Aliens team jerseys and also on Big3 events and broadcasts.

Elon Musk, the CEO of Tesla, recently stated that Dogecoin would gain more utility if more businesses accepted it. The billionaire also complimented tipping as a use case, saying that tipping creators with Dogecoin would be "nice." Despite possible use cases in the Web3 sector, Musk claims that a bridge between Ethereum and Bitcoin is unnecessary.

Dogecoin creator Shibetoshi Nakamoto, however, believes the easiest and best use case for Dogecoin remains using Dogecoin for tipping.

Dogecoin presently trades at $0.127, marginally up in the last 24 hours. Dogecoin tumbled alongside the rest of the market in a widespread selloff on May 5. Dogecoin now ranks 12th largest cryptocurrency in terms of market capitalization, per CoinMarketCap data.