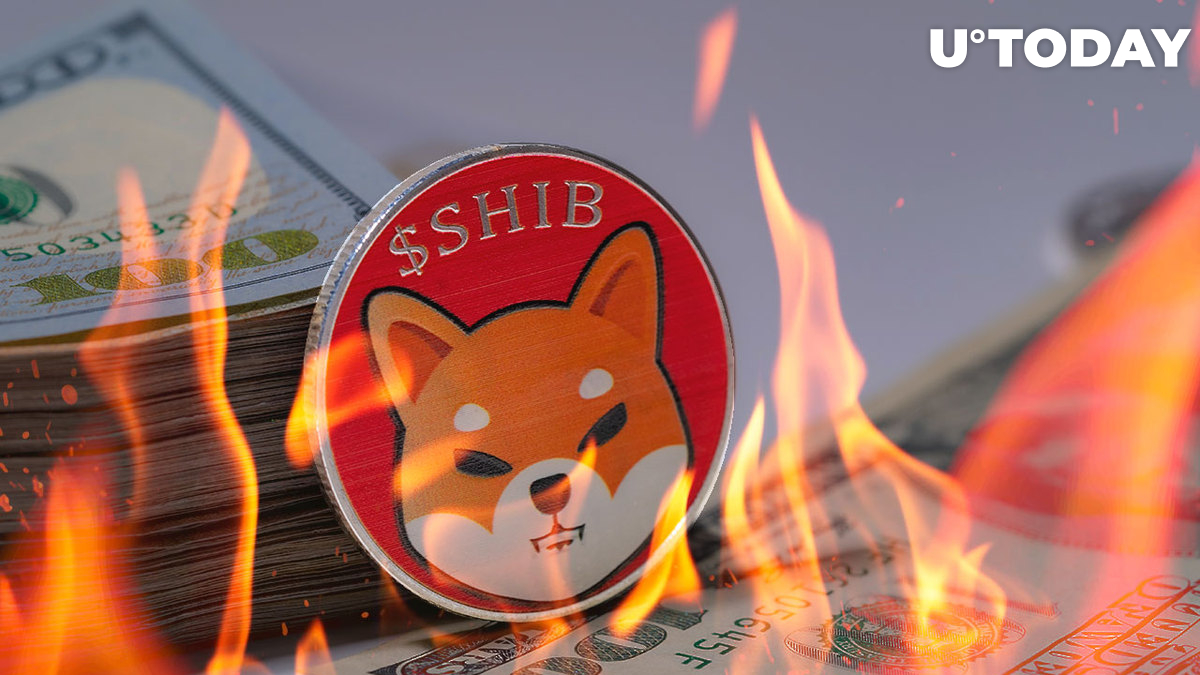 According to a recent tweet posted by the account of the burn platform that also tracks down burns of other projects, Shibburn, over the past 24 hours, slightly over 134 million meme coins have been removed from circulation by being sent to dead wallets.

While the community keeps destroying SHIB, whales are increasing their holdings of this token, making it their biggest asset by USD value.

Large amount of SHIB gets burned

Shibburn has reported that during the period of the past 24 hours, various burn projects have gotten rid of 134,370,659 Shiba Inu coins in total by moving them to unspendable wallets to be locked permanently.

It has taken the participants 14 transactions to remove that many Shiba Inu canine tokens.

According to the website of the aforementioned tracking platform, the burn rate of SHIB has increased by 10.19% compared to the previous 24-hour burn count.

In the past 24 hours, there have been a total of 134,370,659 $SHIB tokens burned and 14 transactions. Visit https://t.co/t0eRMnyZel to view the overall total of #SHIB tokens burned, circulating supply, and more. #shibarmy

Each registration of a new participant via his referral link gives him a $5 bounty, which equals half a million SHIB.

This Sunday, as part of his weekly burns, the developer of games for smartphones destroyed more than 61 million Shiba Inu, according to a recent tweet.

Majority came through the Bricks Buster, but Audible trial signups accounted for about 20% of this weeks burn!

Visit https://t.co/d0goxr6sys for ways to burn with us

As per WhaleStats website that tracks down the 100 largest wallets on Ethereum, BSC and other blockhains, Shiba Inu remains the top holding of whales who are invested in ETH-based tokens.

USDC sits in second place after Shiba Inu on this list of crypto holdings, with new meme token ShibDoge holding third place here. Whales are holding $384,780,192 worth of this token.

That is 10.32% of their total portfolio, according to the website. It is followed by USDT, and Shiba's regular rival FTX Token holds fifth place this time with the stash comprising 9.82% of whales' portfolio—that is $366,038,115 worth of FTT.