Yuri Molchan
The Whale Alert account reports that nearly 89,000 ETH was wired to Poloniex from a wallet that had remained inactive since April 2018 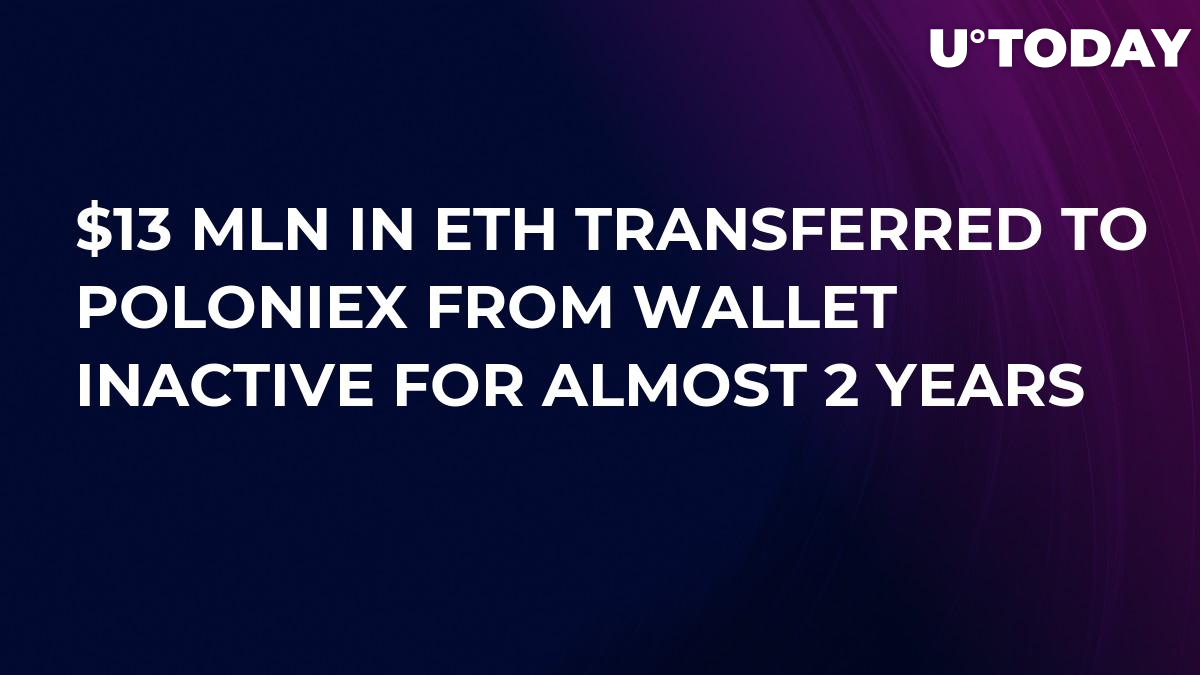 On Friday, the Twitter account Whale Alert that tracks large movements of crypto on the blockchain, spotted nearly 89,000 ETH (that’s around $13 mln in Ethereum) sent to the Poloniex exchange.

The account points out that the wallet which sent the money had been inactive since April 1 last year. No one has used it for nearly two years, apparently, waiting for the crypto winter to be over and hoping for a price surge afterwards.

One of the possible reasons of this wallet becoming active again is the Ethereum hard fork Istanbul which is about to happen today, on December 7, at block 9069000.

Very often the price of an asset goes up after a major upgrade (the Istanbul hard fork will not cause an appearance of a separate coin as it was with Ethereum Classic).

Earlier, U.Today reported that the South Korean exchange Upbit suffered from a hacker's attack and lost around $50 mln in Ethereum. Whale Alert on Twitter has recently published data about $37 mln stolen from Upbit that was moved by the hacker from one wallet to another.

The head of Binance, CZ, has promised that all funds stolen from Upbit that would end up on Binance would be immediately frozen.