$100,000 Bitcoin Believer Mike McGlone Bets on Bitcoin and Ethereum in the Future

Yuri Molchan
Bloomberg's Mike McGlone, who specializes in commodities, believes Bitcoin and Ethereum are building the future, pushing out gold 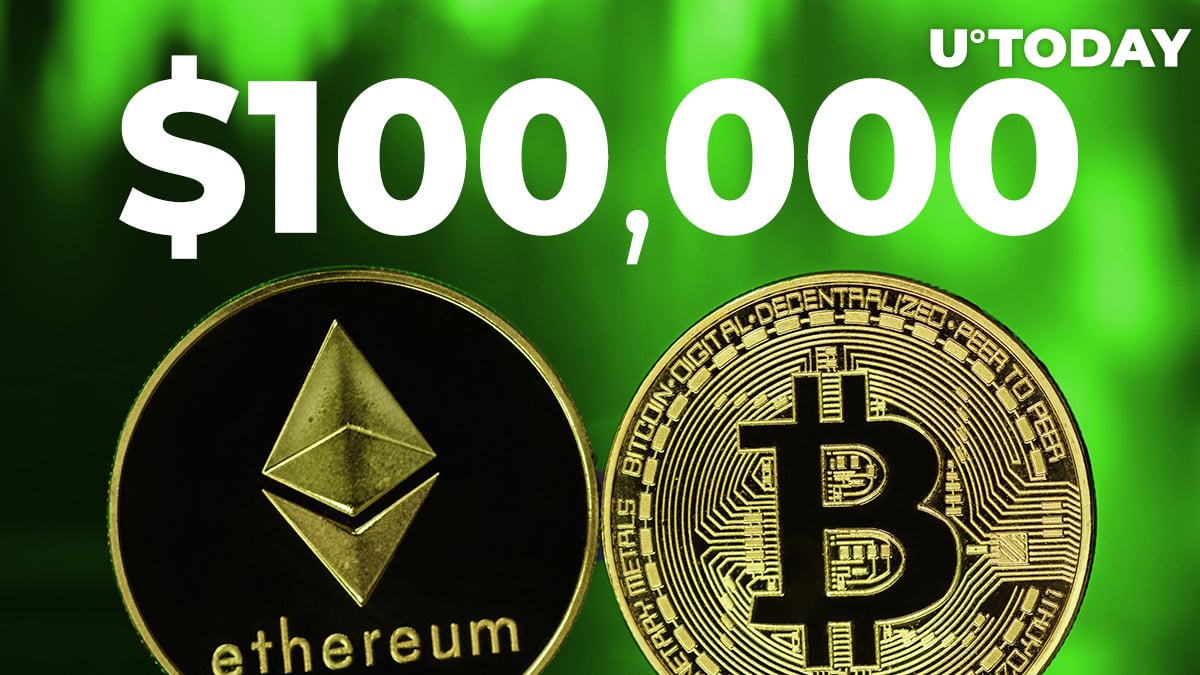 Chief commodity strategist of the Bloomberg behemoth, Mike McGlone, who has previously stated several times that he expects Bitcoin to hit $100,000, has taken to Twitter to explain how Bitcoin and Ethereum are building the future of the world in the sphere of assets and fintech.

Bloomberg's chief expert on commodities, McGlone, has shared a chart that shows data on Bitcoin versus the growing global supply of USD.

He has called it the "Currency race to debase vs. Bitcoin supply." The curve of the rapidly increasing Central Bank balance sheet as a percentage of GDP is growing at the speed of light, while the Bitcoin supply annual percentage change curve is dropping southward.

The other chart suggests an assumption that Bitcoin is currently hitting lows last seen back in 2018 during Crypto Winter and in 2020 on Black Thursday, March 13, when the flagship digital currency plunged by over 50 percent in one day after the breakout of the pandemic. At that time, Bitcoin briefly dropped below the $4,000 level.

Digital Gold, #Ethereum and #Dollar Power: #Cryptos in Five Charts - In one of the most unique examples of global free-market capitalism, the dollar is gaining dominance digitally, #Bitcoin is replacing gold as a store of value and Ethereum is building the fintech infrastructure pic.twitter.com/57mPGsqB6V

As for his bullish bet on Bitcoin, as covered by U.Today earlier, McGlone reckons that in the second half of 2021, the king crypto is poised to resume its bullish trend and move toward the $100,000 mark.

Crude oil is poised to start moving to $50 per barrel in the same period, he tweeted, from its current price hanging in the $70 zone.

"Ethereum is building the fintech infrastructure"

Mike McGlone also tweeted that "Ethereum is building the fintech infrastructure." In late May, he tweeted similar things about the second-largest blockchain and its native coin, writing that "Ethereum is to fintech what Bitcoin is to gold."

He even assumed that Ethereum may soon surpass Bitcoin by market cap value since ETH leads the way in helping the world to switch to digital technologies—DeFi, smart contracts, etc.

Thus far, ETH's market cap is around $250 billion (as per CoinMarketCap), and Bitcoin's is $634 billion. Therefore Ethereum's cap is less than 50 percent smaller than Bitcoin's.

At the moment, Ethereum's market cap holds the 43th spot, and Bitcoin is 12th place among other global companies and assets. According to this list, Ethereum is now bigger than Netflix, Coca Cola, Pepsico, Intel and Pfizer.