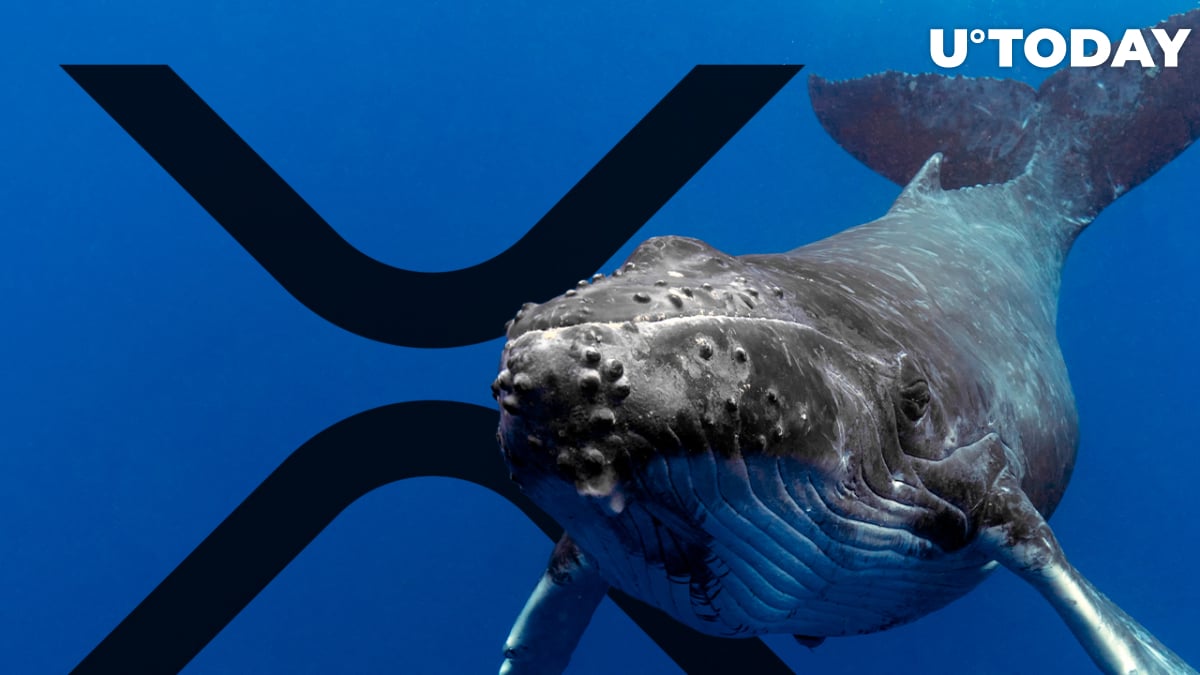 According to on-chain analytics firm Santiment, XRP whales holding between 1 million and 10 million XRP have been on an accumulation spree as the supply held by this category of whale reaches a two-month high.

According to Santiment, this tier of whales has been the most active of non-exchange addresses and now holds 6.12% of "all XRP."

? #XRPNetwork whales holding between 1M and 10M $XRP have collectively been accumulating, and now hold their highest percentage of the asset's supply in 2 months. This is the most active tier of non-exchange holders, and currently hold 6.12% of all $XRP. https://t.co/l39gjRe1Jb pic.twitter.com/M71kwL6r7T

According to CoinMarketCap data, XRP's present circulating supply stands at 48.3 billion XRP, while the total supply is 100 billion XRP.

XRP itself has been a victim of the market sell-off amid the ongoing lawsuit with the SEC, having fallen roughly 89% from its all-time high. XRP is the world's sixth-largest cryptocurrency by market cap as of press time, valued at $0.38. Following the choppy trading action recorded since the start of 2022, whales have been actively accumulating and increasing their holdings by buying at a discount.

However, Ripple continues to show optimism in the SEC case. As Ripple CEO Brad Garlinghouse hinted, the company might consider the possibility of an initial public offering once its lawsuit with the U.S. Securities and Exchange Commission has ended. The litigation has been ongoing for about 15 months, and Ripple expects it to be resolved this year. After that, the company will consider going public, the Ripple boss stated.

Updates on the Ripple SEC lawsuit

In recent updates shared by defense lawyer James K. Filan, "The Court has granted the SEC's motion for an extension of time to file an opposition to Amici’s request to participate in the expert challenge. The SEC's objection is due by June 7, 2022, and any responses to that objection are due by June 10, 2022."

#XRPCommunity #SECGov v. #Ripple #XRP The Court has granted the SEC’s motion for extension of time to file an opposition to amici’s request to participate in the expert challenge. SEC’s objection is due by June 7, 2022 and any responses to that objection are due by June 10, 2022. pic.twitter.com/EVZJKGv7Yz

The U.S. Securities and Exchange Commission already informed the court that it intended to file an opposition to an amicus request for permission requested by XRP holders, requesting an extension of time until June 7 due to the forthcoming holiday and other briefing deadlines.

In October, the application to intervene filed by XRP holders' attorney and CryptoLaw founder John Deaton was dismissed. Six XRP holders, on the other hand, were awarded amici status by the court, allowing them to help the court.