Denys Serhiichuk
Does XRP have the potential to restore itself after a recent fall? 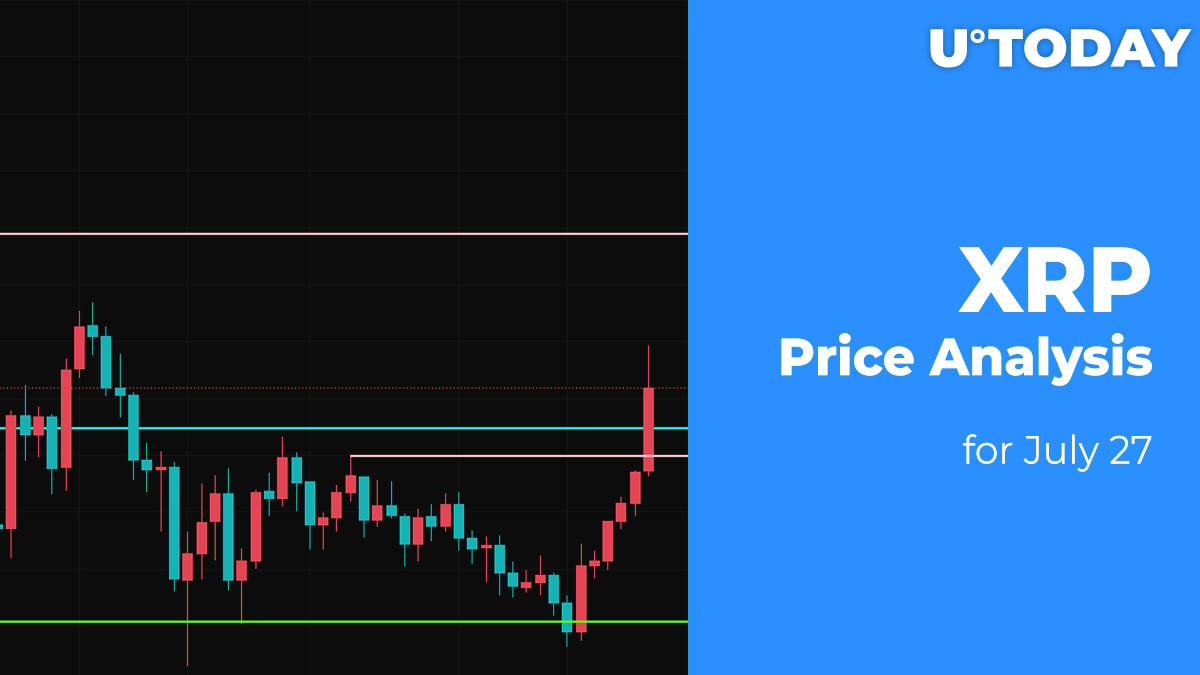 Bears have seized the initiative in the short-term scenario as all of the top 10 coins are under seller pressure again.

During the day yesterday, the bulls tried to break through to the level of $0.70. But the buying volumes were at an average level, and, as a result, they managed to mark a local maximum only around the $0.68 mark.

At the end of the day, sellers seized the initiative and returned the pair to the average price area. Today the pair is consolidating in a rather narrow range on the POC line ($0.624).

If buyers are persistent, a retest of the target level of $0.70 and a new July high are quite possible.

On the bigger time frame, bulls are also more powerful than bears, with XRP coming back to the zone of the most liquidity where the fall started from. In the event of a breakout, there are good chances of seeing a test of the resistance at $0.70 shortly.

On the daily chart, the picture is also bullish as bulls are about to break the resistance at $0.6790. They might manage to do that as traders are accumulating power based on the low trading volume. If that occurs, the next mark at which bears may show power is $0.80.