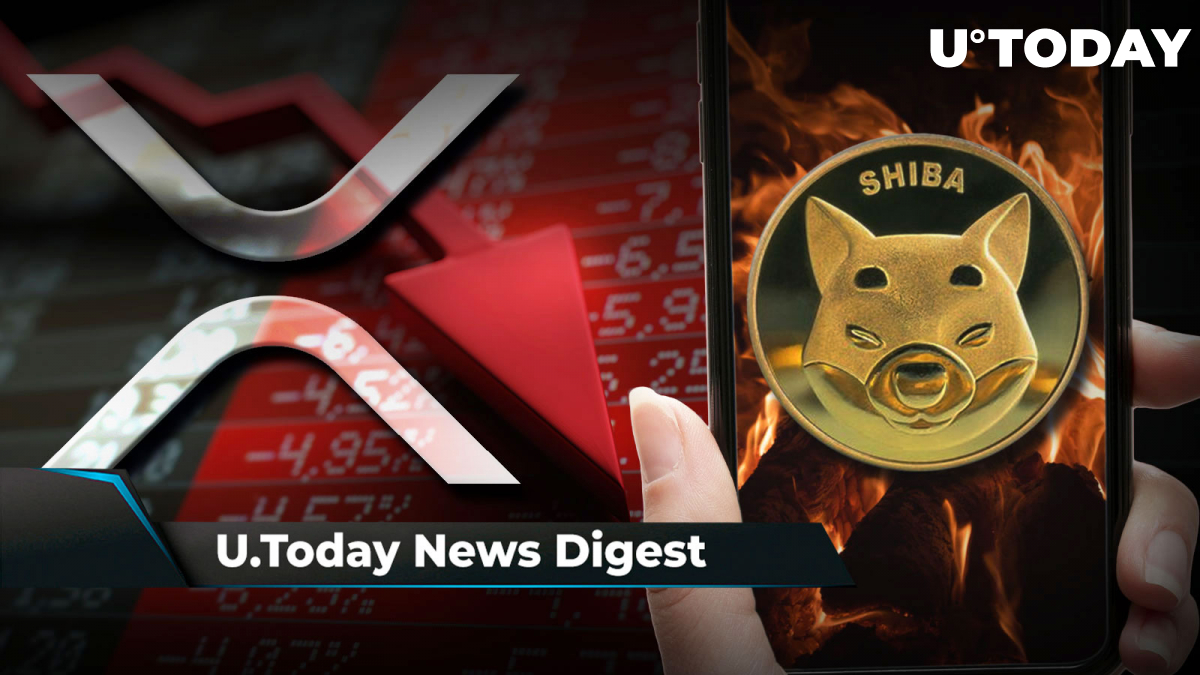 XRP lost 50% of what it gained in last 12 days, here's main reason why

XRP holders were truly surprised by the token’s 70% rally a few days ago as one could foresee it considering XRP’s anemic performance. However, the lack of traction on the market caused a large reversal. XRP dropped by more than 20%, which is around half of the growth it has shown in the last 30 days. Despite the spike in trading volume, traders and investors were not injecting a significant amount of funds into the assets. Therefore, XRP had no fundamental support beneath it moving up. The volume profile on XRP continues to decline due to traders' lack of confidence in the rally's sustainability, especially given the lack of positive news about Ripple's success in court.

Amazon SHIB burner: next few days may be crucial for burning record amount of SHIB

According to the announcement by @shib_superstore Twitter account, smartphone game maker Travis Johnson is going to break August’s record of the amount of SHIB burned if, in the next few days, he adds a large chunk of the meme tokens to what has already been burned this month. Among the tools he uses to achieve this is Amazon's affiliate program. On Sunday, the SHIB burn platform managed to destroy 5,364,995 Shiba Inu meme coins. So far this month, as stated in Johnson’s Monday tweet, roughly 187 million meme coins have been sent to dead-end wallets. This amount of SHIB equals $2,007 in fiat and was earned on advertisements in games and on selling SHIB-branded merch and goods. The Amazon affiliate program has been the second biggest earner this month for the platform.

XRP will explode if this happens, David Gokhshtein repeats as he considers grabbing more XRP

In a recent tweet, founder of Gokhshtein Media and crypto enthusiast David Gokhshtein has shared an idea he has been holding onto since October 2021: If Ripple wins, this victory will become a driver for a major price rise of XRP. Gokhshtein admitted that he is "being repetitive," also adding that he feels like buying more XRP before its price explodes. Another favorite belief of Gokhshtein is that should Ripple win against the SEC regulatory agency, it will not only give XRP a major boost but also inspire the entire crypto industry to skyrocket. XRP is not the only altcoin that David Gokhshtein has been supporting. He often mentions SHIB and Dogecoin in his tweets. As reported by U.Today today, Gokhshtein remains bullish on Dogecoin, tweeting that he still holds a lot of DOGE.

According to the official announcement, after two months of beta testing, the IOTA Foundation's Shimmer Network (a sandbox for IOTA community developers at its core) was launched on the main network yesterday. Thanks to Shimmer, users will have a lot of opportunities to tokenize anything from real-world assets to fan tokens natively on the Layer 1 blockchain without any fees. Also, users who received Shimmer’s native cryptocurrency, SMR tokens, will be able to claim them via Firefly Wallet. SMR is the backbone of the Shimmer Network, providing transaction value and allowing all the necessary decentralized applications, smart contracts and other developer "wants" to run on Shimmer.