Whales Grab $1.2 Million in LINK, $1.05 Million in MATIC on the Dip, Increasing Their Holdings 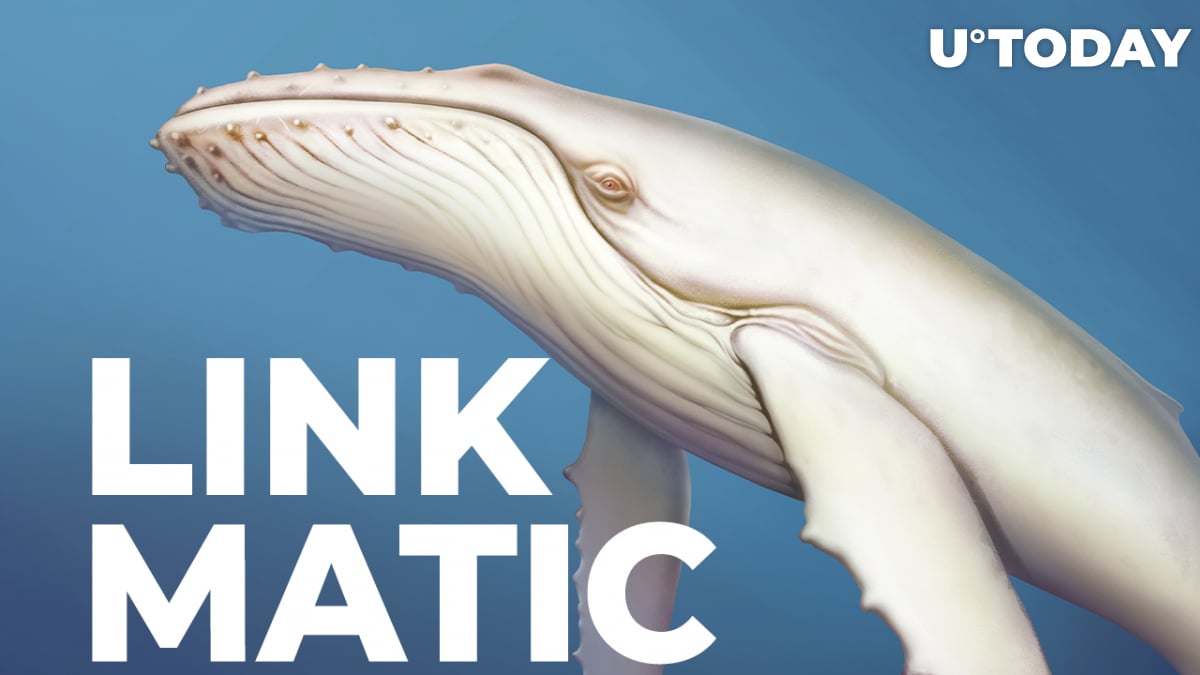 As Polygon's MATIC and Chainlink's native token, LINK, are plunging along with other cryptocurrencies, whales are buying the dip, according to data provided by the WhaleStats platform.

Over $2 million in MATIC and LINK acquired on the dip

WhaleStats crypto tracker has announced that on March 3, two large crypto investors, who keep most of their funds in Ethereum, have added more crypto to their digital riches: LINK and MATIC.

One of them is an Ethereum whale, "Kvothe," called after the main character of the Kingkiller Chronicle trilogy written by U.S. fiction writer Patrick Rothfuss. This whale, ranked 300th on the WhaleStats scale, purchased 659,765 MATIC worth $1,055,624.

The second largest acquisition was made by an ETH whale without any name but ranked 133rd by WhaleStats. He bought the equivalent of $1,247,893 in Chainlink: 84,431 LINK tokens.

According to a recent tweet by WhaleStats, at some point six hours ago, the second largest meme cryptocurrency by market capitalization, Shiba Inu (SHIB), become the token most favored by the 100 largest Ethereum holders.

By now, however, SHIB remains only on the top 10 holdings list – it comes third after Ethereum and second after FTT by USD value. Overall, ETH whales are now holding $1,538,713,432 worth of Shiba Inu.

Among other top holdings of ETH investors is MATIC. They are now holding a total of $382,180,962 of these tokens, which is 4.14% of their crypto holdings.

After that trade, "Gimli's" SHIB holdings soared to a total of 1 trillion tokens.