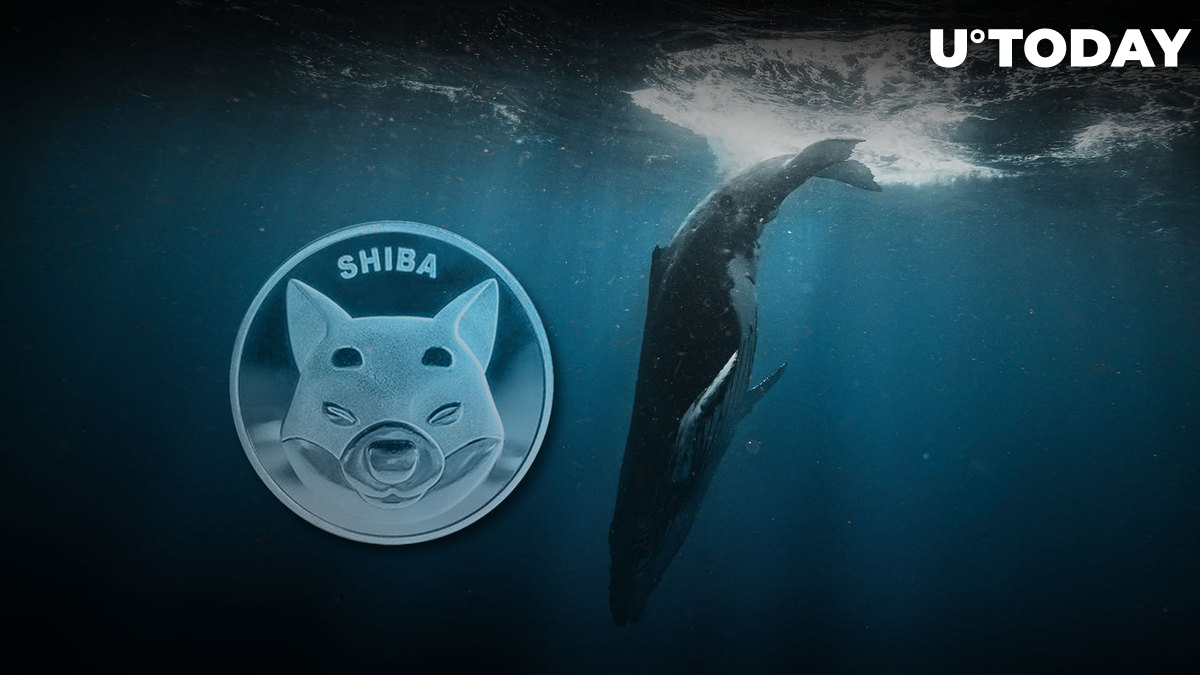 Whale Alert has spotted a gargantuan amount of Shiba Inu meme tokens shifted from one anonymous wallet to another. The transaction was worth nearly $36 million. A smaller lump of "only" 120 billion SHIB was shifted prior to that.

In the meantime, some of the top Ethereum whales have begun getting rid of their SHIB in favor of another altcoin.

3.3 trillion SHIB on the move

Details from Etherscan show that this transaction, carrying a total of 3,367,037,381,943 SHIB, was conducted between two anonymous crypto wallets on the Ethereum chain.

The sender's wallet, ending in b035ec, now contains zero meme coins as the whole 3.3 trillion lump was moved to a virgin-blank wallet, probably sold to a new SHIB whale for $35,779,149 at the present SHIB/USD exchange rate. This is the only crypto contained by this address at the moment.

Two days ago and also last week, two similar SHIB transfers were conducted — the meme coins were also moved from one unknown wallet to another — as if this is a series of tremendous SHIB transfers, which has not gotten a proper explanation yet.

Data on this transaction was shared by user @shibaplay_ on his Twitter page. He also reported a transfer of 81,937,454,393 SHIB; according to Etherscan, this massive amount of meme crypto was withdrawn from the staking pool at Unicorn.

According to a recent tweet posted by WhaleStats wallet tracker, over the past 24 hours, meme coin Shiba Inu has slumped one position down, letting STG take first place in the wallets of Ethereum's top 500 investors.