Vexel CEO on Bitcoin, Litecoin, DEXs, and Why People Should Control Their Money: Interview

Rimma Trukhina
U.Today spoke with Vexel’s CEO on updates, things they are proud of, the best cryptocurrencies to invest in and the way crypto can gain mass adoption 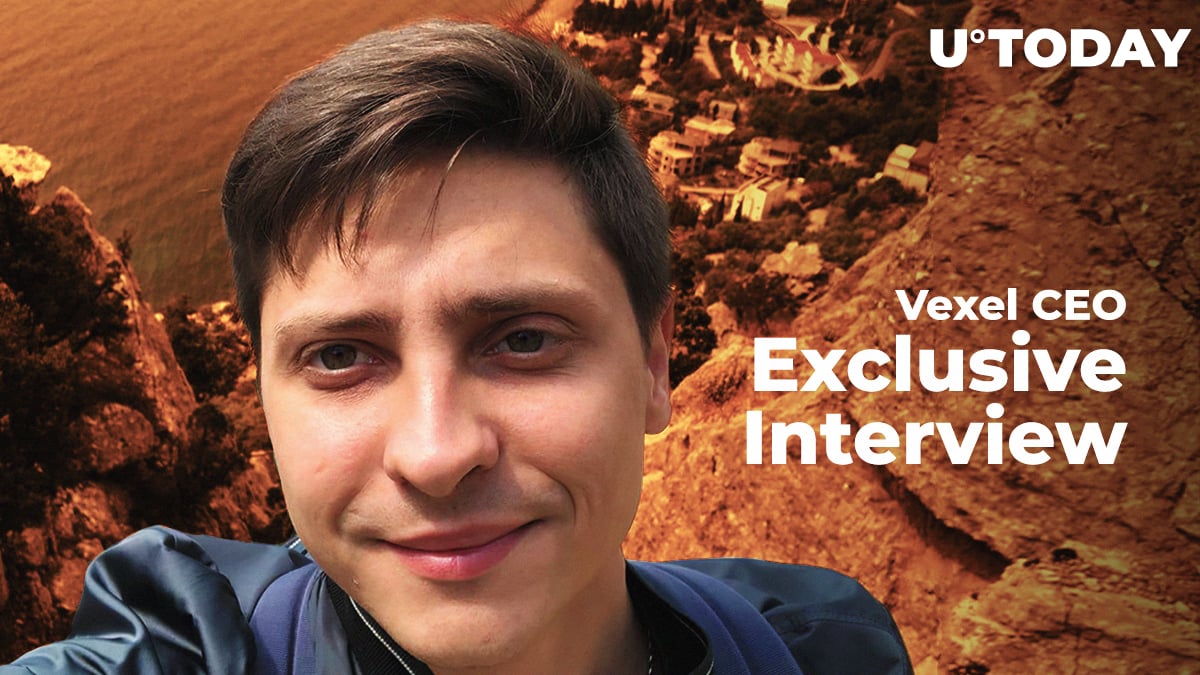 There are so many different ways to invest your crypto these days and places you can hold or trade it. Recently, I spoke with Artur Dzhalilov, CEO of Vexel, who told me about their project, explaining why you now only need one platform for all of your operations.

U.Today: In a previous interview with U.Today, you said that you have been investing in cryptocurrencies since 2013. Has it been just Bitcoin, or others as well? What prompted you to first try it? I think there are many people among our readers who came to the crypto world late and are probably interested in learning how it all was back then.

Artur Dzhalilov: At that time, I was already familiar with the Forex market. This asset was interesting for me because it was a new asset class with high volatility. So, I decided to try trading. If a trader is a speculator and not an investor, high volatility is a very important thing for them to raise money. That’s why I decided to invest in both Bitcoin and Litecoin at an early stage. Litecoin was the second cryptocurrency and you could buy it for an attractive price.

U.Today: Was Litecoin popular at that time?

Artur Dzhalilov: No, it wasn’t popular. The popular one was Bitcoin and the first Ripple gateway later appeared on the Bitstamp exchange but it was impossible to buy it. You could only use it for transfers. I bought Litecoin a bit later, a year afterward.

I bought a video card to try Litecoin mining and got really interested in it. Only after that, did I buy Litecoin.

U.Today: Did you eventually manage to mine it?

Artur Dzhalilov: Yeah, I managed to mine a couple of coins but my spouse was against it because the video card was making too many noises and generating too much heat.

U.Today: So you came into the crypto world because of its speculative side. Is this still what drives you? Or is it more about the idea of a decentralized future? What was the main purpose of creating your project?

Artur Dzhalilov: Back at that time, I had already started working with my team on creating exchanges and payment system aggregators, where you could exchange funds between those payment systems. Then, my brother told me about Bitcoin. We started learning what it was and recognized that one day Bitcoin will kill the payment institutes we are used to working with, or at least drastically change them. So, we decided to switch to payment instruments that are compatible with Bitcoin and started implementing them into our existing projects.

So, we do believe in decentralization but I think that as an everyday payment method, another cryptocurrency will suit better. Probably, it’ll be Litecoin because its transaction speed is higher and its fees are lower. But, Bitcoin will still be popular among institutions if they accept it for maintaining a trading balance between one another. So, Bitcoin may become a reserve currency.

U.Today: Can you please tell us about your project Vexel? What is the difference between your project and wallets or exchanges? Do you have any competitors in the market?

Artur Dzhalilov: We were one of the first companies that started working on such a service. First, we had the idea of letting users hedge their operations in the moment and save their balance in fiat currency. It was a stablecoin analog. But, right at that moment, Tether appeared on the market. We managed to attract a portion of their users but it wasn’t enough. Our advantage is that we provide fast transactions. If the transfer takes place on-chain it takes time for the transaction to be approved. We let our users choose off-chain transactions, so if you want to send bitcoins it won’t take much time inside our system. After that, users can withdraw, partly transfer, or convert their money. So, our service is great for people who aren’t traders but want to invest in crypto, make payments or hold crypto in their wallets.

Exchanges are best suited for traders, in my opinion, but for those who want to invest or hold some assets, wallets are more comfortable. That’s why we created a symbiosis.

U.Today: What cryptocurrencies does Vexel work with? What are you going to add in the near future? What’re the main criteria for a listing?

Artur Dzhalilov: We pick the most liquid currencies where a large number of funds are invested in capitalization and which have a big number of active nodes. Because the more a token is capitalized, I mean - the more money is invested in it - the greater the chance for it to survive, because the market is very competitive. We picked the 5 most interesting cryptocurrencies, in our opinion: Bitcoin, Litecoin, Ethereum, Bitcoin Cash, and Dash. We’ll likely add Ripple for some operations as well but we haven’t decided on that yet. We aren’t ready to add any other tokens because we haven’t yet determined if their development is stable and if the market needs them.

We think Dash is a very promising currency because people use it daily - e.g. in South America, they are developing actively. Also, we like what they’re doing. Again, they’ve been trying to fight with ASIC miners to help create a real decentralized network so that no one can own 51% of their capacity. So we’re thinking about it.

U.Today: Are you satisfied with the results you achieved in 2019? What makes you the most proud?

Artur Dzhalilov: Yeah, we’re satisfied with the results we achieved in 2019. Of course, we always want more but, we’ve gotten what we deserve. In 2019 we encountered, on average, 3 cyberattacks per day. More than a thousand cyberattacks in 2019 were unsuccessful, so I can say that this is our greatest achievement.

Artur Dzhalilov: We’d like to focus on payment services. We’ve created personal accounts for users and given them the opportunity for crypto-fiat processing. Recently, we also added withdrawals to bank cards around the world. Also, we are waiting for our partners to approve the possibility of co-branding card issuance connected to crypto.

U.Today: How do you feel about decentralized cryptocurrency exchanges? If I understand correctly, you don’t work with the KYC system. Why?

Artur Dzhalilov: That’s not fully correct. We have the KYC system in the users’ personal accounts.

Any user who’s going to add fiat money to their balance via bank transfer will have to go through the KYC procedure to protect the system from money laundering. We’re very strict on this because, despite the fact that we support decentralization, we also want the world to be a clearer place. We understand that there are some risks in the crypto field with money laundering but we don’t support this.

Sometimes, we work on high-risk projects - for example, projects connected to gambling and betting. In these cases, we don’t see huge risk for humanity because everyone decides if they will play or bet or not. If a person holds crypto in their wallet, we don’t ask for the KYC procedure as we provide them with a technical service only, not financial. Anyway, they can also download a cold wallet and use that. They can just pick what’s more comfortable for them. I think it’s normal, in such a situation, to give people the rights to save their anonymity.

U.Today: Do you think DEX exchanges have a future or will they naturally, one day, pass away?

Artur Dzhalilov: I think they really have a future but, they’ll probably evolve in a sense of technical aspects. The transactions will become faster and they’ll likely reach a speed close to fractions of a second. So, yeah, they have a future. There are stablecoins based on blockchain and you can use them on decentralized exchanges. It’ll be just a faster blockchain. But, no one knows how they would provide AML policy because, as they’re fully decentralized, no one would be in control of it. In other cases, the idea of this project loses its relevance.

U.Today: The crypto community is constantly discussing the topic of mass adoption. Do you use cryptocurrency for any personal uses? Have you ever bought pizza for bitcoin or something like that?

Artur Dzhalilov: Yes, for example, I pay for legal services, hosting and mobile services using Bitrefill. We’re trying to support and promote cryptocurrencies. This is our investment, our project is connected to it. We want to make crypto’s purpose clear for people, so that they can control their own money by themselves without needing to entrust it with banks who are going to make money off of it.

U.Today: When do you think we can expect widespread use of cryptocurrency in everyday life? What will be the starting point?

Artur Dzhalilov: The transitional phase will be when authorities start accepting taxes in crypto. This will mean that they recognize cryptocurrencies as a payment method. It will also be profitable for businesses because they won’t need banks anymore - they can be sure that their funds won’t be frozen or something like that.

But, such control is a tool governments use for their own purpose, to stop or punish people. They probably will not want to give these reins to anyone else.

Of course, it depends on the government. In other cases, it will just take more time, maybe 10 years, but it’s impossible to stop the technological evolution. Especially if the architecture is like Bitcoin’s - it is very difficult to stop it. No one has succeeded so far.