Jack Thomas
While there are rumours that the SEC views Tron as a security, it has done little to affect its price 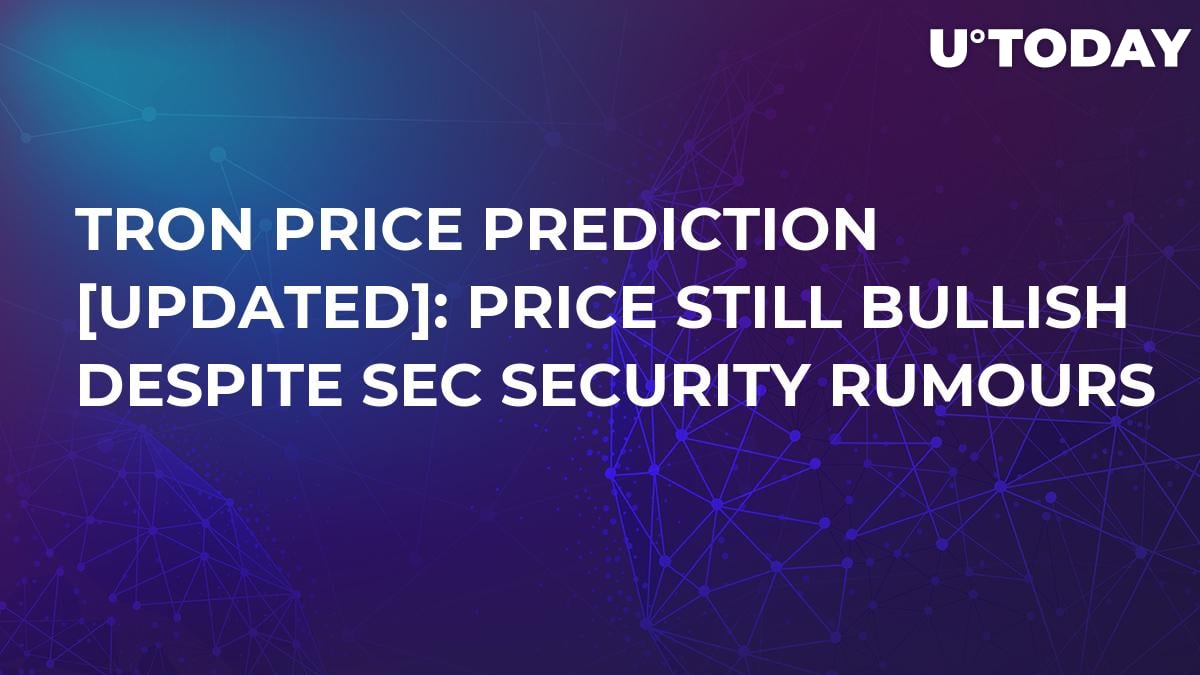 Tron, with its BTT ICO that occured this week through Binance and was deemed quite successful, has seen some steady growth since last week and seems to be on a bullish path. However, there have also been some negative rumours swirling around the coin, but these do not seem to be having much of an effect, making one wonder about their validity.

Thomas Schulz, co-Founder and CEO of ChaChingWallet, put out a tweet claiming he had been warned by an ‘SEC insider’ to stay away from Tron, insinuating that the SEC would likely be declaring it as a security, which would cause huge ramifications for the TRX token.

However, a look at the charts and the general price prediction of Tron over the past few weeks seems to suggest that there may not be much to this claim. Either that, or not many are taking Schulz’s claims seriously.

In a series of tweets, Schulz argues that TRX is a security and the SEC insider told him to “stay away from TRON.” However, the source didn’t give any more information, leading to this being mostly speculation.

Just heard from a SEC insider

Literally, his first comment was:
Stay away from Tron

Schulz clearly does not have much faith in Justin Sun or the Tron project as he accuses them of running a “vicious marketing campaign,” going on to add that “this isn’t a fruitful project.”

The influence is on their behalf & thus holds them liable

Regardless of this rumour and Schulz’s tweets, the price prediction of Tron continues in an upward trajectory. TRX is up four percent in the last week but pretty stable in the previous day. All the same, the simple fact that prices are trending above the primary support and breakout level at 2.5 cents is bullish for TRX.

There is a lot of excitement and movement surrounding the TRX market at the moment, especially with the release of the BTT token and that avenue of businesses and adoption.

There has not been any major breakout in price, but the fact that there is growth despite attempts to spread fear, uncertainty and doubt means that Tron could be looking for a long-term price improvement over the next few weeks.

Since TRX prices are oscillating inside the Jan 28 high-low, every dip should technically be a buying opportunity with first targets at 4 cents and later 6 cents.