Alex Dovbnya
Tron is on a roll with its decentralized exchange being officially launched on Dec. 12. The top ten currency continues making waves in the crypto market 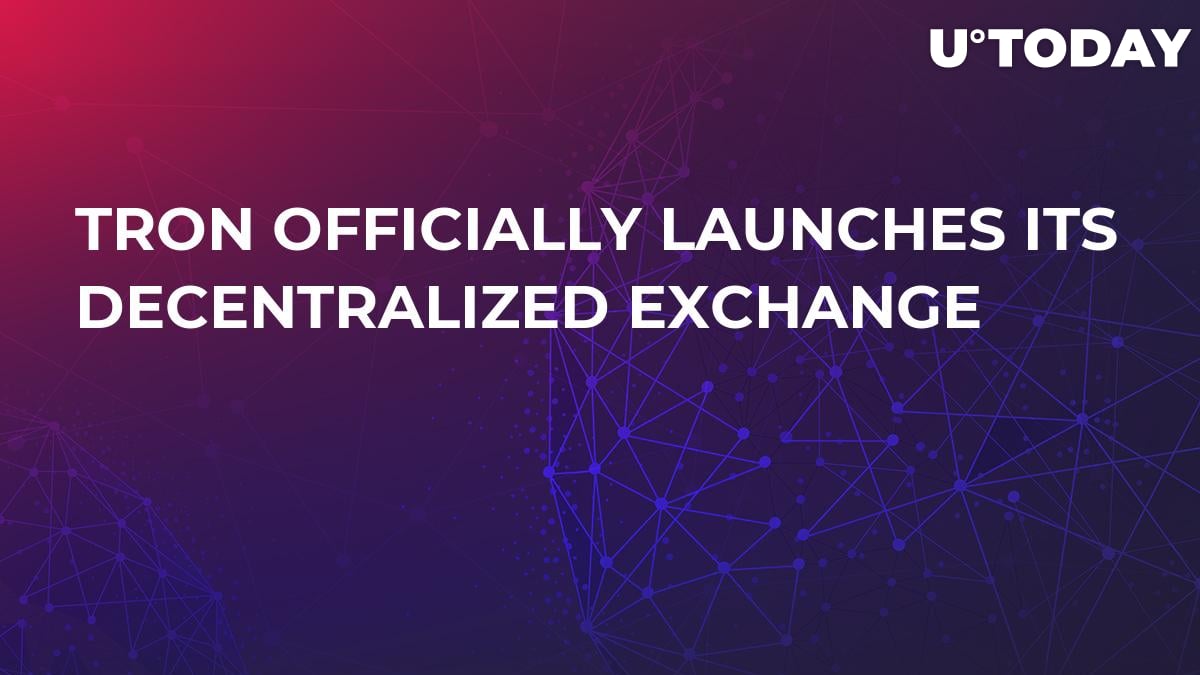 Breaking news! #TRXMarket the first ever decentralized exchange of TRC20 token based on #TRON was launched at 04:00(UTC) on Dec 12. We’ve listed #BET #FUN and #GOC today. $TRX #TRON Get started to trade on #TRXMarket! Visit：https://t.co/4P0DXV7mOF  @justinsuntron @TronFoundation

Together with Binance, Tron is also joining the decentralized party with its decentralized exchange going live at 04:00 (UTC) on Dec 12. It is considered to be the first decentralized exchange based on Tron. Initially, there will be three trading pairs: BET/TRX, FUN/TRX, and GOC/TRX, but new additions may come soon. These are all low-market cap coins with FunFair (FUN) being the biggest cryptocurrency by market capitalization (about $21.2 mln).

During the current bear market, Tron remains one of the few altcoins that stand out. On December 5, it made headlines after cracking CoinMarketCap’s top 10, overtaking Cardano (ADA). Earlier, TRX also trumped Monero, the most well-known privacy coin, taking 11th place.

At the time of writing this article, Tron’s total market cap is sitting at $892 bln. The coin has witnessed a 2.31 percent spike over the last 24 hours.