Tomiwabold Olajide
Embattled cryptocurrency is now down a staggering 96.49% from its all-time high of $119 reached on April 5 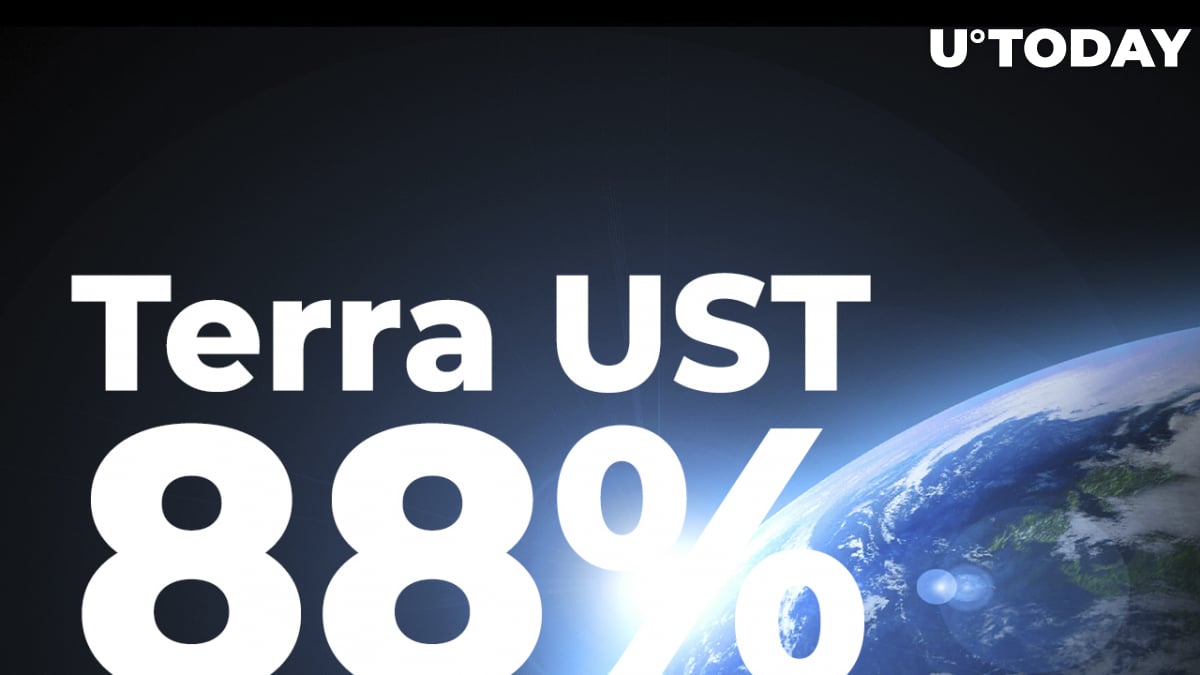 Terra's LUNA continued its free fall on May 11, shedding 88% in five weeks to reach price levels previously seen in August 2021. As reported by Santiment, traders' sentiment remains at an all-time low.

📉 #Terra's price has now fallen -88% in 5 weeks after its $119 #AllTimeHigh was hit back on April 5th. Now down to $15.50, the $LUNA foundation has sold its entire holding of $BTC after $UST lost its peg. Sentiment is at an #AllTimeLow as a result. 😯https://t.co/ZaQKlVQ8rF pic.twitter.com/V6qYYxgNm6

The embattled cryptocurrency is now down a staggering 96.49% from its all-time high of $119 reached on April 5. Due to the immense collapse, Terra now ranks 37th largest in market value, coming down from the seventh position it had usually held. Terra's UST is trading at $0.497, failing to restore its peg to the $1 mark. Luna Foundation Guard has deployed all of its Bitcoin reserves to bolster the algorithmic stablecoin, confirmed by a peek into the Luna Foundation Guard reserves dashboard.

Do Kwon, the project's controversial founder, earlier tweeted that he was close to announcing a recovery plan for UST. In follow-up tweets, Do Kwon issued a new statement to the Terra community, stating recovery plans. He stated, "Before anything else, the only path forward will be to absorb the stablecoin supply that wants to exit before UST can start to repeg. There is no way around it. We propose several remedial measures to aid the peg mechanism to absorb supply."

Along these lines, community proposal 1164 to increase the base pool and reduce the Pool Recovery Block from 36 to 18 has been enacted. This hopes to increase minting capacity from $293 million to nearly $1.2 billion and also allow the system to absorb the UST more quickly.

Amid Terra's ongoing battle, South Korea's largest exchange, Upbit, has marked LUNA as a "cautionary item" as reported by Chinese Journalist Colin Wu. Upbit says it wants to conduct a detailed review to determine whether to terminate its trading support for LUNA. Bithumb, the second largest exchange in South Korea, has also issued an investment warning on Terra to protect investors, citing large price fluctuations.

As reported by U.Today, the top cryptocurrency trading platform, Binance, halted LUNA and UST withdrawals on May 10, citing network congestion and slowness. Cryptoanalyst-cum-economist Alex Kruger believes LUNA might go to zero if there are no changes to its protocol.

With the peg gone $LUNA will go to zero by design (as arbitrageurs buy UST & sell LUNA) unless parity and trust are restored, which can only be done by means of a significant cash infusion and changes in the protocol.

At the time of publication, Terra LUNA was trading at $4.11, down 89.26% in the last 24 hours. LUNA is set to mark its seventh consecutive day of decline since May 5.