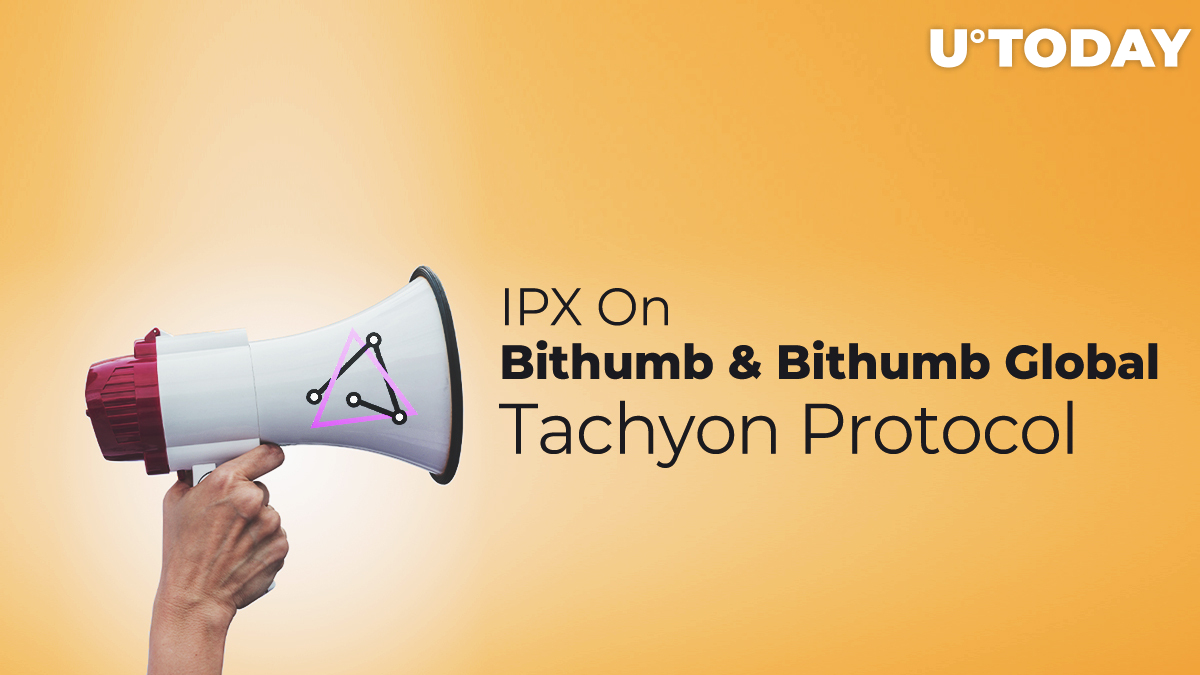 The Tachyon Protocol team, which address the challenges of building a fast and secure Internet by improving the TCP/IP model, have proudly announced the listing of its token on two exchanges.

The trading operations for the IPX token on the Bithumb exchange started on December 17, 2019 at 6:00 PM (KST), one hour after the first IPX/USDT trades were settled on the decentralized Bithumb Global exchange. IPX deposits for both exchanges have been available since 2:00 PM.

Tachyon Protocol began its listing campaign in October. The token has a fixed supply of 1,000,000,000 (1 billion) and can be utilized for identity verification, market trading, incentivization, and coordination mechanism within the Tachyon network.

Bithumb is one of the ten largest global cryptocurrency exchanges, while Bithumb Global is its decentralized department focused on non-custodial, cross-asset trading.

Token and Protocol for Better Internet

Tachyon Protocol is a decentralized Internet protocol built on the V SYSTEMS blockchain. It is utilized for building a trusted, stable, fast, reliable, and transparent digital connection.

The alpha version for the first Tachyon VPN product on MacOS was recently launched, and the iOS and Android clients will be released in Q1 2020. Moreover, V SYSTEMS has announced that its staking initiative for the IPX token will start this December.