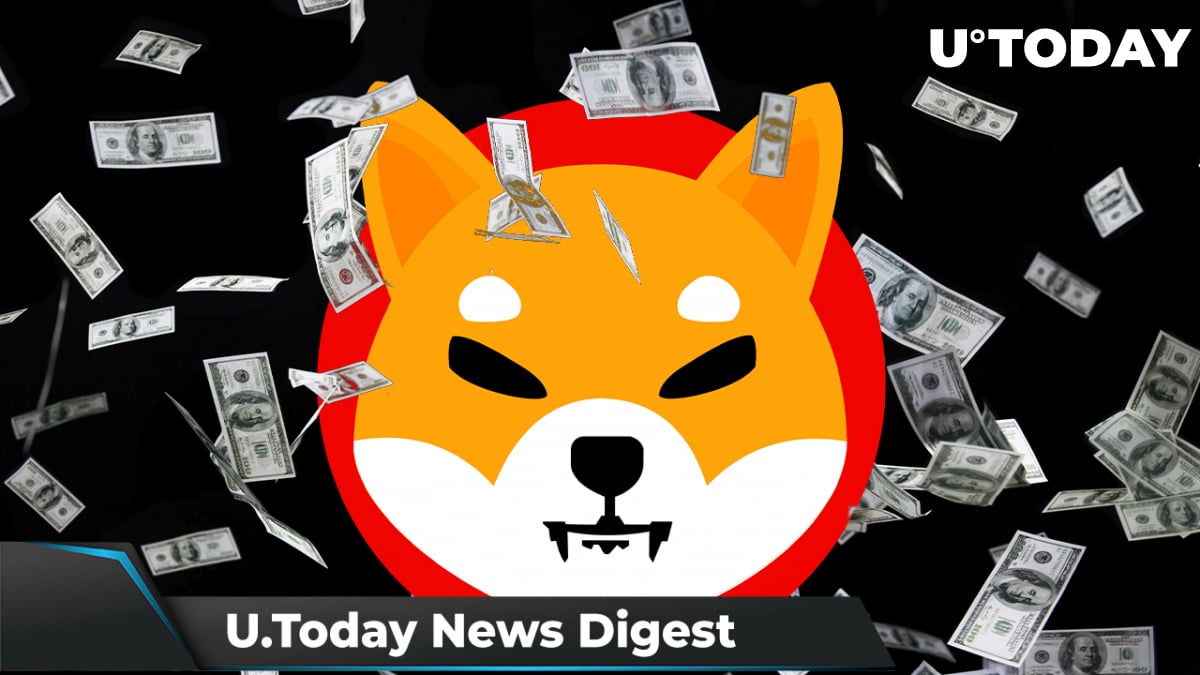 With so many events happening in the crypto industry every day, it is hard to catch up with all of them. Read U.Today’s daily news digest to stay updated!

Despite delaying the Shiba Inu listing, the canine coin remains on Robinhood’s radar. The cryptocurrency exchange has recently mentioned SHIB in its Instagram poll about determining the strength of cryptocurrency projects. Followers were asked to choose among three options: the community, Elon Musk’s endorsements and the number of Shiba Inu comments.

Meanwhile, a Change.org petition to add SHIB to Robinhood has collected a whopping 485,000 signatures.

The rallying canine cryptocurrency, Shiba Inu, has become a life-changing investment for yet another man. An English supermarket worker, Rob, started putting his money into SHIB in February. In May, after investing $8,000 in portions, his holdings appreciated 1,200 times. After cashing out half a million dollars, the lucky buyer quit his job and is currently busy being a stay-at-home dad. Rob still holds a seven-figure sum worth of Shiba Inu as well as other Dogecoin offshoots, such as Doge Killer (LEASH).

As reported by Bloomberg, recent movements of SHIB made by the few whales raised the hackles of blockchain sleuth companies. Additionally, statistics by CoinMarketCap demonstrate that 71% of SHIB is owned by just 10 addresses. What alerted crypto forensics firms is an uneven concentration of Shiba Inu coins.

After a blistering runup, Shiba Inu plunged 51% from its current all-time high. According to experts, yesterday’s sell-off could be caused by three reasons. The first is crypto market weakness, with many coins, including Bitcoin and Dogecoin, trading near their daily lows. Second, the Kraken crypto exchange is in no rush to list SHIB, claiming that it would evaluate the listing in the future. The third factor that made Shiba Inu take a step back is investors taking profits after its stellar rally.

Whales shovel $1.8 billion in Ether after the coin hits a new ATH

On Wednesday, after Ethereum reached a lifetime high of $4,664, a group of anonymous whales shifted $1.8 billion worth of ETH among their wallets. The biggest transaction carried 229,766 ETH, which equals a mind-blowing $1,057,608,364 in fiat. The other transfers carried from 10,000 to over 25,000 ETH. A few transactions, though, were made by the Binance exchange to unknown addresses.