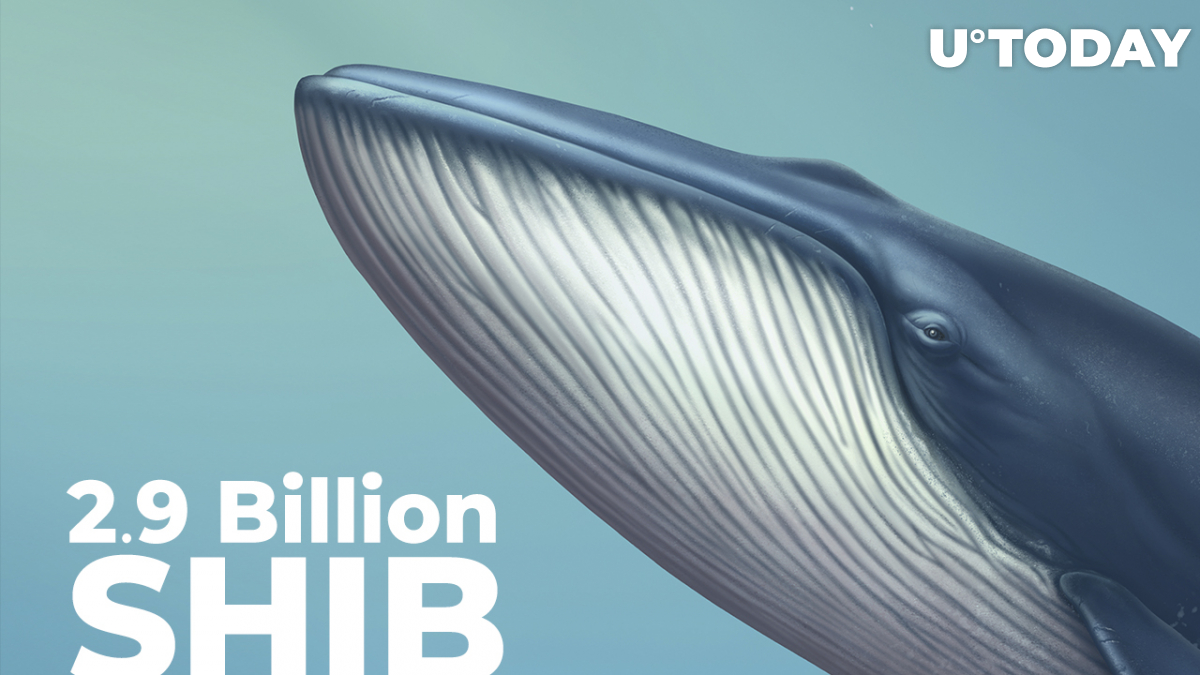 Etherscan shows that, over the past two hours, an anonymous whale who already holds 31.2 billion Shiba Inu tokens (slightly over $1 million in fiat) in his 0xc105afc5cd421462dbf7e05d011ca53c08edc43a wallet has bought two more SHIB lumps.

In total, they amount to 37.3 billion meme coins now. All the aforementioned transfers came from a Paribu 5 wallet.

Earlier, U.Today covered that a whale that owns the 0x69a9bd1808a215bb6861d4b3c1b684966d1d1c53 wallet has seen a whopping 43 billion SHIB pass through it over the past few days: Transactions carrying 4.5 billion, 4 billion, 3 billion and 2 billion SHIB entered the wallet, and then its owner sent these large lumps of meme crypto on to other addresses.

According to data shared by Whalestats, Shiba Inu has regained first place among Ethereum whales. At the moment, SHIB dominance among ETH-based tokens held by Ethereum whales totals 7.06%. Next come FTX token with 6.57% and USDT (4.45%).