Yuri Molchan
Latest etherscan data shows that, in the past two days, a whale has received and sent away a staggering 43 billion SHIB 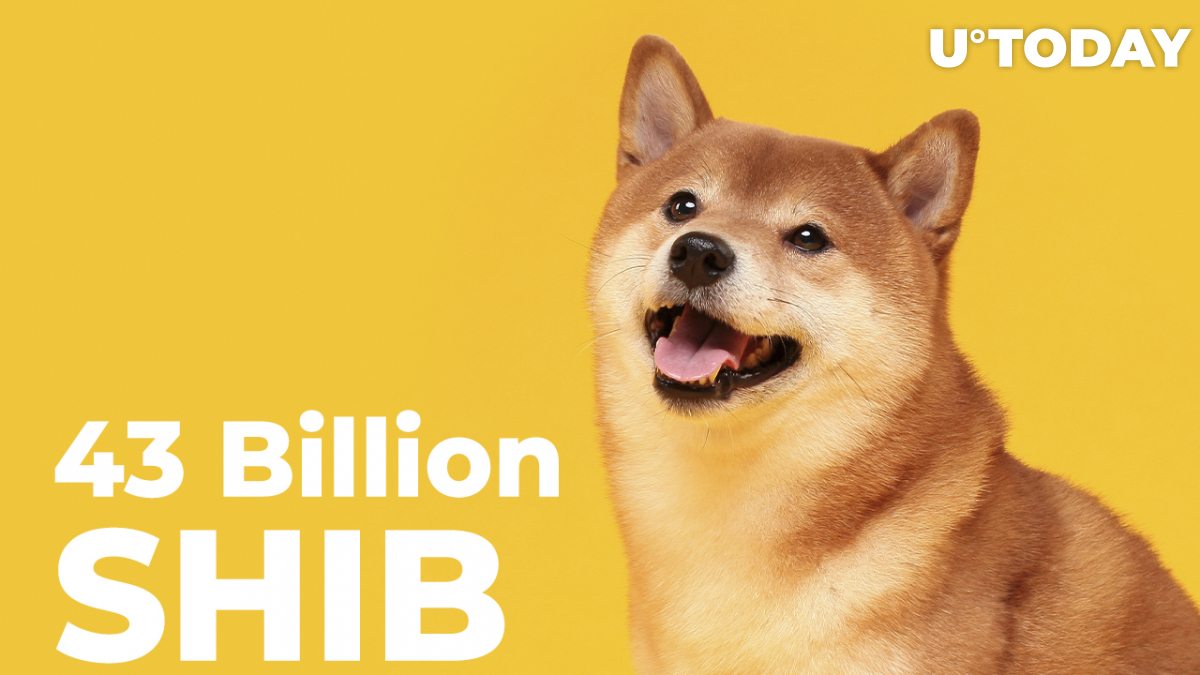 The anonymous whale has been receiving lumps of 4.5 billion, 4 billion, 3 billion and 2 billion, and then sending them away immediately.

At press time, there are two billion Shiba Inu coins on its balance sheet.

Largest SHIB whale adds more to its $1.2 billion worth of SHIB

As reported by U.Today earlier, a whale that goes by the nickname "Light" now holds around $3.4 billion in SHIB. The other day, he purchased 125,281,638,454 SHIB tokens worth $4.2 million. This whale keeps stocking up on the coin despite it dropping over 90% since November.

As per recent data provided by WhaleStats, Shiba Inu has been losing its positions regarding the number of transfers on the network. On Dec. 9, transaction activity reached a peak of 1,670, then it dropped twice, hitting 967 on Dec. 14.

At the moment, according to the chart, this number stands at 550 transfers on the SHIB network.

The amount of addresses sending and receiving SHIB also remains low, with the overall volume of tokens transferred being worth approximately $100 (three million SHIB).

Earlier this fall, interest in the second-most popular meme cryptocurrency sat much higher, and large purchases of SHIB made by whales pushed the coin's price to new highs.