Dogecoin and Shiba Inu in Duel for 12th Largest Cryptocurrency, Who Wins?

Tomiwabold Olajide
Dogecoin and Shiba Inu slug it out for 12th largest crypto as dogfight returns, who wins? 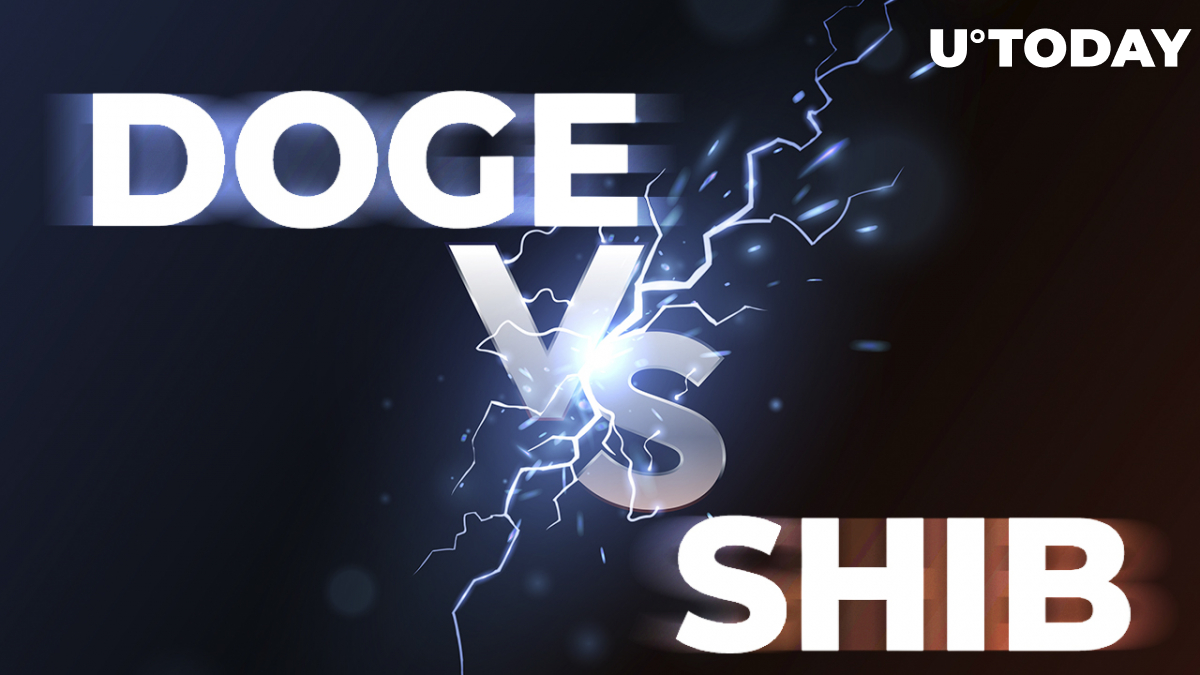 Dogecoin and Shiba Inu are presently slugging it out for the 12th largest cryptocurrency, as seen from CoinMarketCap data. A "dogfight" is currently taking place between meme tokens Dogecoin (DOGE) and Shiba Inu (SHIB) as both are now paw-to-paw on the crypto rating chart. As of press time, Dogecoin was ranking 12th, while Shiba Inu ranked 13th on CoinMarketCap.

Dogecoin and Shiba Inu are sharing a similar experience as both took their cues from the Japanese Shiba Inu breed. Both also have communities of loyal fans, as seen in active social media channels, and a growing acceptance for payments and transactions. Dogecoin, however, remains the ''first parody coin'' launched in 2013, while Shiba Inu came onto the scene in 2020.

Who wins the crypto dog fight?

On Dec. 14, Tesla CEO and Time magazine's ''Man of the Year,'' Elon Musk, tweeted the electric car maker's plans to make some merchandise buyable with Dogecoin. This came after Musk stated that Dogecoin was better suited for transactions than Bitcoin.

Consequently, the DOGE price rose nearly 48% to highs around $0.228 as investors dashed to buy the dog-themed token. Dogecoin, therefore, declined to exit the top 10 cryptocurrencies by market capitalization as investors pulled profits.

MEANWHILE: #SHIB IS AVAILABLE FOR USE via @BitPay, @Newegg & HUNDREDS of other retailers. HAPPY HOLIDAYS #SHIBARMY. https://t.co/tnYt9lnfNU

Flexa, a cryptocurrency payments company backed by the Winklevoss twins, recently added support for Shiba Inu. This allows Shiba Inu to be accepted at GameStop, Lowe's and Nordstrom, and other supported merchants via the Gemini-backed Flexa.

Dogecoin and Shiba Inu payments are becoming more widely accepted, suggesting that dog meme culture is here to stay. Dogecoin traded at $0.18 while Shiba Inu was seen at $0.0000336 as of press time.