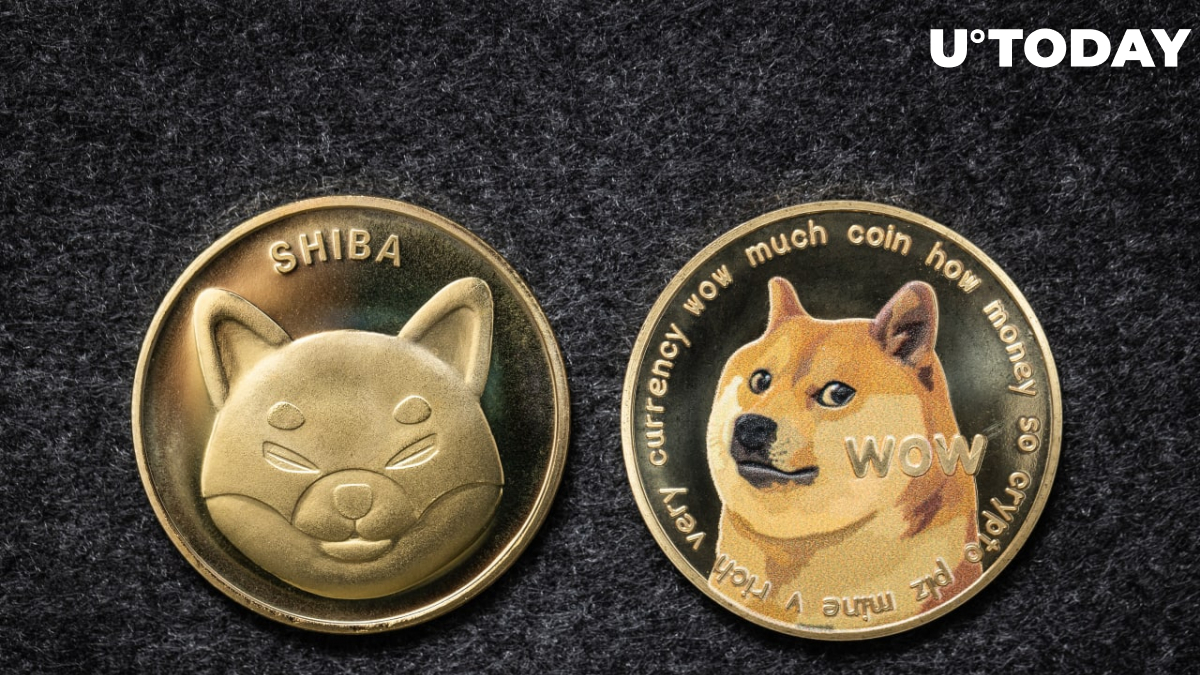 🐱 Whatever side of the fence your on with #memecoins like $DOGE (+44% in 7 days) and $SHIB (+19% in 7 days), there is no denying that they have had their pump moments. #ShibaInu has historically followed #Dogecoin pumps. Watch trading volume on our chart. https://t.co/XpjFk7Xa4l pic.twitter.com/CoyFK1C4VA

DOGE’s price saw a 44% pump in the past 7 days, per Santiment data. Although SHIB’s pump is less than half of Dogecoin’s, the analytics platform says that “Shiba Inu has historically followed Dogecoin pumps.”

According to CoinMarketCap (CMC) data, SHIB has, similarly, followed DOGE’s pump in April and May last year. The same movement nearly happened in Oct. 2021 as well — while Dogecoin saw a roughly 40% price surge, Shiba Inu’s price skyrocketed by more than 11 times in less than a month.

Data shows that both of the dog-themed memecoins saw a massive pump in terms of the daily trading volume. At the start of the week on Oct. 24, SHIB and DOGE’s trading volumes were roughly $120 million and $201 million, respectively.

With the price pump, consequently, the daily trading volume of the top two memecoins is around $810 million and $3.2 billion at the time of writing, according to Santiment data.