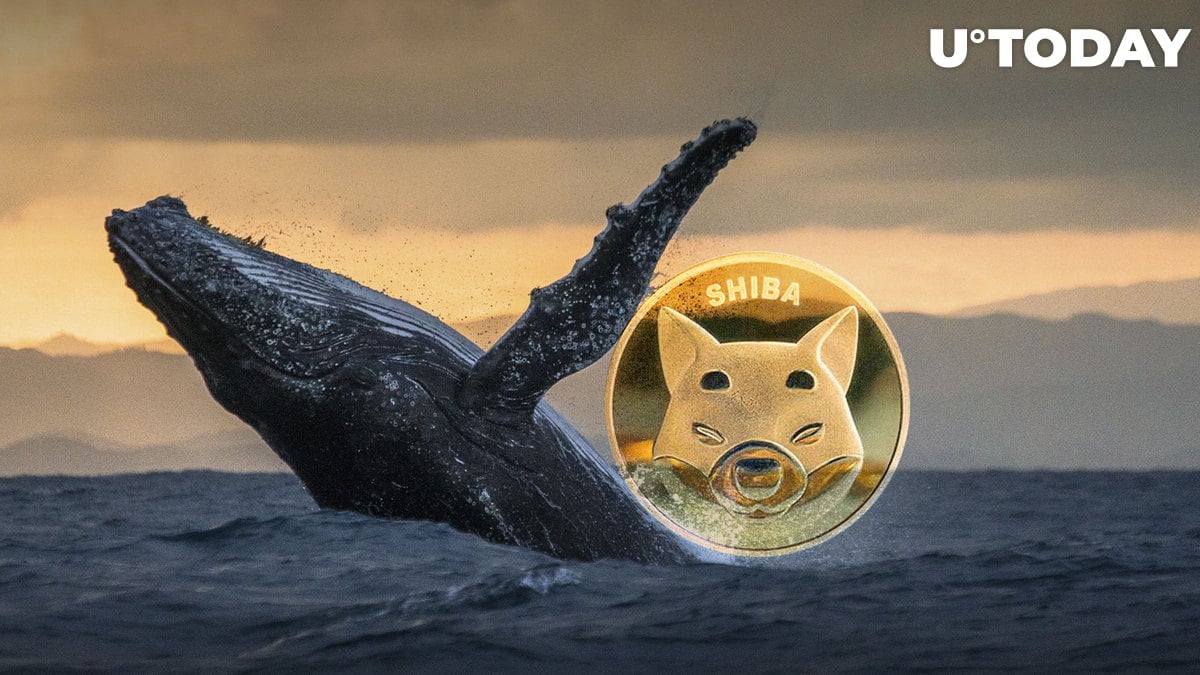 Major crypto wallet tracker WhaleStats, which has emerged recently, reported that the total SHIB holdings of the 100 largest whales on Ethereum chain have remained on the same level for nearly two weeks, in spite of the recent price volatility.

Thus, SHIB seems to have in a way become a "stablecoin" for the owners of these wallets, which they keep holding no matter what happens on the market.

SHIB: From ATH in October back to crypto winter

For the largest hundred whales on Ethereum, the popular meme coin Shiba Inu is part of the top 10 assets they hold, and it has been for the past year. It has just moved from the top 1-2 places down to fifth place as of now.

From time to time, it also emerges on the top 10 list of the most traded digital currencies of these whales.

However, they used to hold a lot more SHIB coins than they are now. Last year, cumulative volumes of Shiba Inu stored by whales in their wallets reached a billion USD, sometimes more, sometimes less. Last year, at the end of October, the price of the token reached a historic peak, climbing up to the $0.00008845 level. SHIB and many other altcoins followed the flagship crypto Bitcoin here, which hit an all-time high of close to $69,000 in November 2021.

This year, the crypto market has been in a heavy decline stimulated by the well-known events that began in late February, spurred by the energy price crisis that followed.

Since then, whales' interest in SHIB started to go down, it seems, as the volumes of this meme coin that they held began to shrink in the summer and then dropped even further as the fall arrived.

"Stablecoin" for whales or a coin held "just in case?"

In the summer, whales' SHIB holdings began shrinking rigorously, first dropping below $1 million, then going under $500 million and finally passing below the $100 million mark.

In October, they fell under $80 million level and have been "stably" holding around $70 million. At press time, their comprised portfolio contains $74,511,078 worth of SHIB. Sometimes, the whales add a few million USD in this meme token but then sell them when the situation on the market becomes more favorable.

Currently, SHIB is changing hands at $0.000009248. On Oct. 29, it reached a peak of $0.00001241. However, in early November, the market was shaken by the FTX collapse and Bitcoin began plunging, pulling the altcoins down with it. This made Shiba Inu "add" another zero to its price as it fell deeper.

What SHIB may bring us in future

The release date for both has not been set yet. However, SHIB devs and The Third Floor studio that is working on SHIB's metaverse have recently shown the public art concepts of several new hubs (pieces of virtual land).

As for Shibarium, lead SHIB developer Shytoshi Kusama keeps telling the community that it will be ready "soon," without revealing any specific or even approximate dates of the release.

Last month, he posted a puzzling tweet, in which he stated that the "initial design has been approved" and now he can "double down." Many in the comment thread thought he was hinting at a progress on Shibarium.