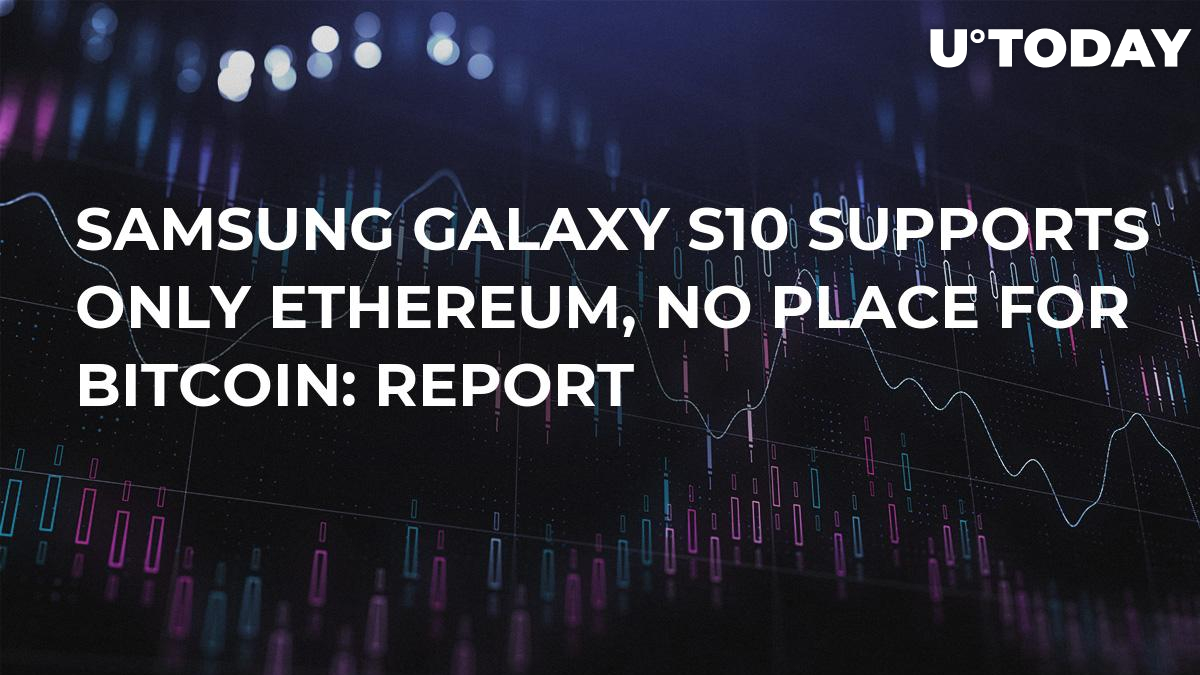 This was revealed at the Unpacked event hosted by the Korean electronics giant.

Photos and other details that reached the media later on said nothing new regarding the crypto coins the phone would support.

However, now the early-release version studied by a Youtuber going by the name crypto-jorozu proves that the new smartphone supports only Ethereum, without the major BTC currency.

Samsung Galaxy S10 crypto wallet appears to have left out Bitcoin at launch. For now it looks like it's Ethereum-only! ?https://t.co/j0eFmTphJY

Recording a short video of around nine minutes, the Youtuber unpacks the phone. This proves to be a release for Korea, rather than an international one. On the phone itself he spotted only info about ETH transactions and showed in to his viewers.

When crypto-jorozu started the Keystore app, he got a greeting with a BTC sign but still said that the software supports Ethereum only.

Curiously, this is not the first time when wallet creators seem to have made their apps ETH-friendly without adding Bitcoin.

E.g., the wallet built in the famous browser Opera supports nothing by ETH and ERC20 tokens based on this blockchain. This is most likely due to the fact that Opera is focused on Internet apps and Ethereum has much more to do with dApps than BTC and is believed to be one of the most popular dApp platform.

Another example is Coinbase Wallet (not the same as the Coinbase.com exchange), which was previously called Toshi, has only lately listed Bitcoin and Litecoin with several other cryptos. The first digital asset that it had been supporting for about a year was Ethereum.

The author of the YouTube video did not mention Cosmee (COSM) and Enjin (ENJ) coins, which the new Samsung phone was reported to support.

Apparently, this particular release of Samsung Galaxy S10 supports nothing but Ethereum. Still, taking into account the fact that Samsung representatives approved of these two altcoins during the presentation, the absence of support for ENJ and COSM may be added later or it is just region-locked.