Yuri Molchan
??During the recent ask-me-anything session on Periscope, Binance’s founder, CZ, stated that he does not believe XRP is a security 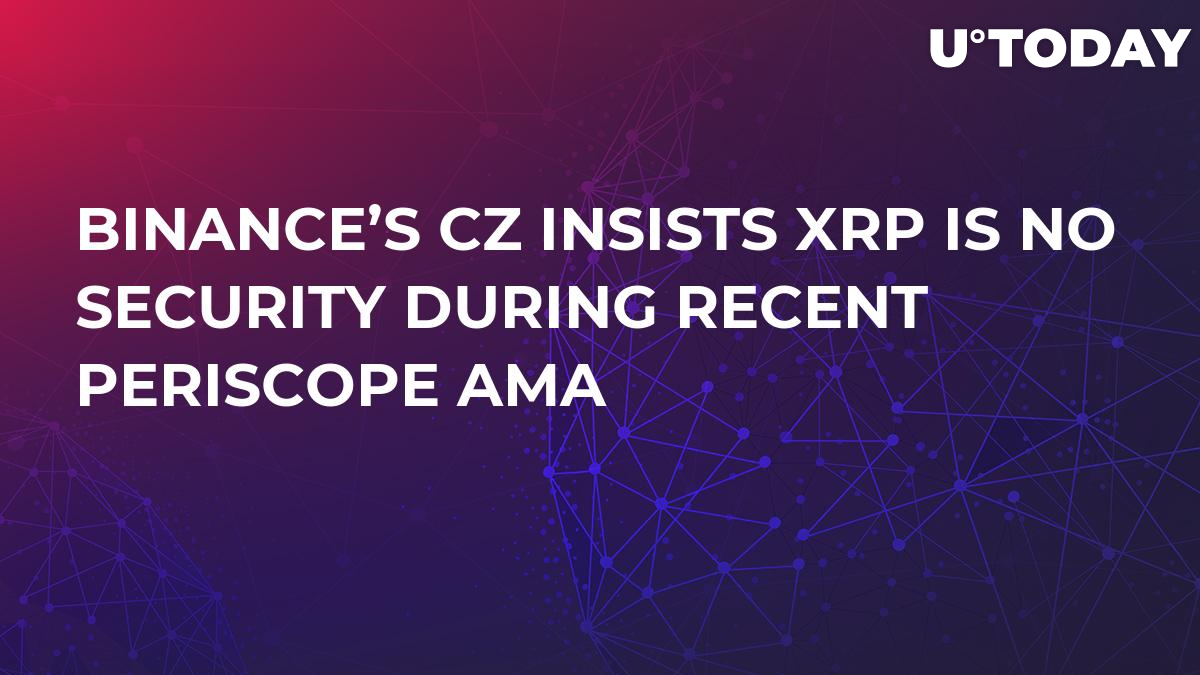 On Tuesday, March 5, Binance CEO CZ conducted an ask-me-anything (AMA) session, which was his second one. It was dedicated to delisting, the Launchpad, and the DEX among other things.

Answering to one of the questions from the community near the end of the session, he stated his disbelief in XRP being a security.

Overall, Binance has been supporting XRP quite a lot recently.

When he was asked about Ripple and XRP, Changpeng Zhao replied that they listed XRP despite the lawsuit against Ripple, since at Binance they do not believe this coin is a security. After that, other crypto exchanges did the same.

CZ believes that XRP should be considered innocent until it is proved guilty – this is how he put it. He also mentioned numerous complaints about XRP allegedly being centralized but then reminded the online audience that market has been very supportive of this asset and even got it to the third position by market cap value.

When mentioning a class action against XRP, CZ, of course, had in mind Ripple and the head of Ripple – Brad Garlinghouse. The lawsuit states that Ripple sold unregistered XRP securities to investors and this case is covered by a civil law, so there is nothing criminal about it.

Therefore, CZ seems right to believe that Binance can list XRP until it is proven to be a security.

Besides, if the lawsuit was filed against Ripple, it does not affect XRP, since Ripple claims that the company is not the emitter of the XRP token.

Also, this is not the first time that CZ has expressed this opinion – previously he also defended XRP publicly in mid-December 2018.

Binance is not the only big player that has agreed to list XRP. About two weeks ago, the US-based Coinbase exchange, which had been eyeing XRP for a long while for fear it might be a security, finally gave the process the green light. Now XRP is trading on Coinbase Pro and Coinbase.com.

It would be hardly possible unless the legal team of the exchange said there are chances that it is safe to add XRP as a trading asset.