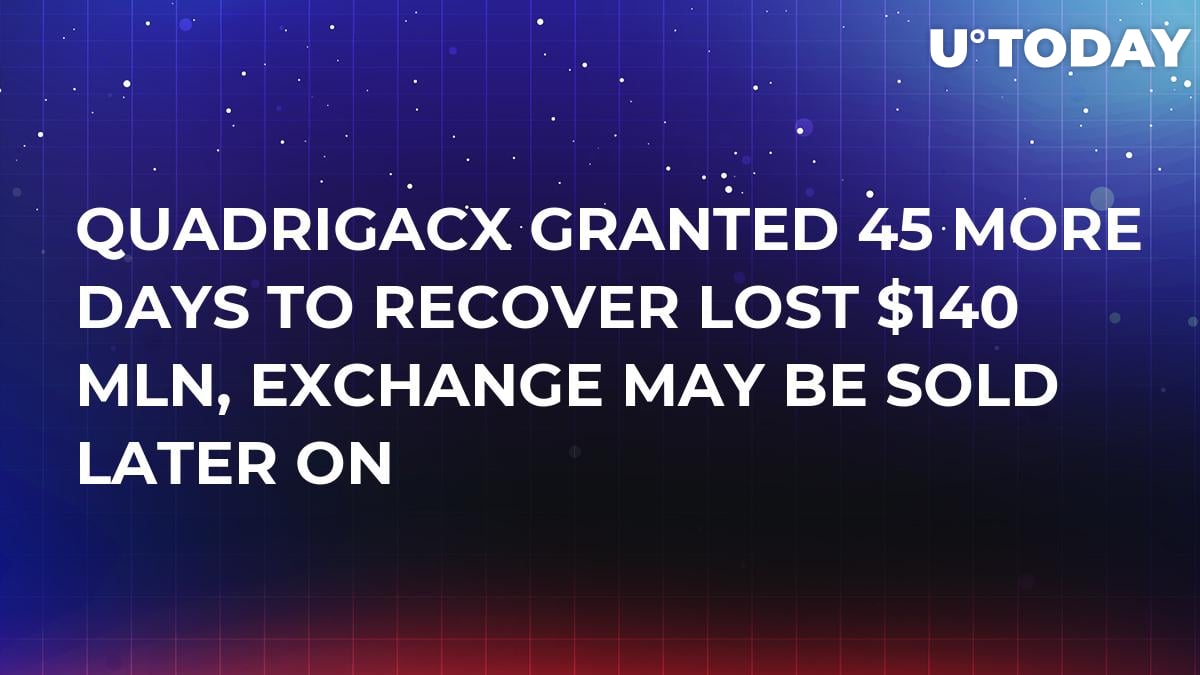 The troubled QuadrigaCX exchange team has been given some more time to find the money the late CEO owes its customers. Recently, it was reported that a judge from a Canadian supreme court in Nova Scotia has extended the term for recovering the $140 mln in crypto to  45 days. Until this period is over, creditors of the platform are not entitled to sue the exchange.

Progress has been made

In court on Tuesday, Quadriga’s lawyers stated that the exchange has been making progress in searching for its investors’ money.

They said that the team is in the process of recovering the lost data and assets, so they need some more time, or rather ‘breathing room’ to keep going, as they put it.

The judge, Michael Wood, approved of the Ernst & Young (EY) company appointing a CRO (Chief Restructuring Officer) who would be in charge of the trading platform and any companies related to it while EY is locating the lost funds.

The CRO was appointed as per the request of Jennifer Robertson, the widow of CEO Gerald Cotten, due to the fact that she claimed receiving too much negative attention regarding the case.

The CRO selected is Peter Wedlake from Grant Thornton. He will be charging an hourly rate as opposed to a high monthly fee to keep it as cheap as possible.

The end of the story

The judge pointed out that the CRO’s part would be rather formal, since it would be not as much as restructuring but rather the protection of investors’ interests under the CCAA (Companies' Creditors Arrangement Act) and an attempt to bring the whole thing down to bankruptcy and liquidation of the exchange by possibly selling it in the future.

$100 mln has already been recovered

Earlier, U.Today reported that $100 mln in Ethereum, part of the money that Ernst & Young has been looking for, has already been found.

A report published recently says that upon checking the cold vaults of QuadrigaCX, nothing was found. However, after reviewing the list of transactions, experts now believe that nearly 650,000 ETH may have been sent by the late CEO to major crypto exchanges – Kraken, Bitfinex and Poloniex – to be stored there for security reasons.