The Next Ethereum For Securities? Past-ICO Review

Eric Eissler
The next big token revolution is upon us, but when announced will it really take place or is it just marketing 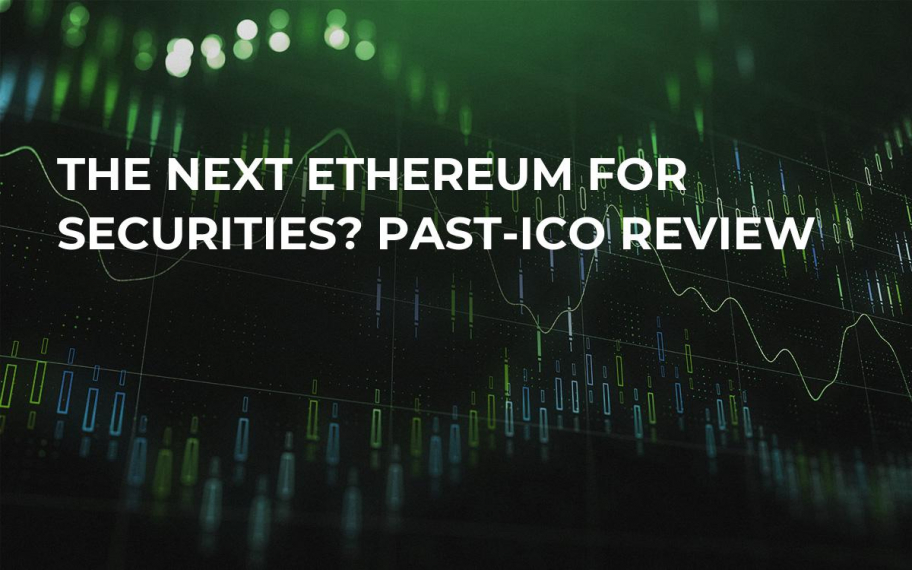 An ST20 is a security token that can encompass stocks, bonds, venture capital and private equity, which are all ready to jump on the Blockchain. According to Polymath, they all function better in the Blockchain environment than the traditional financial institutions. Polymath is much hyped but rather ambitious project to bridge the gap between Blockchain and the traditional financial institutions. Polymath predicts that security token offerings (STO) will replace the now common ICOs and shareholders will be replaced by token holders and all will be well with the new fintech world. Polymath is presenting a platform that will allow companies to launch STOs in an easy way by simplifying the technical and legal challenges surrounding the launch of such tokens.

As mentioned before, the platform is much hyped and with the hype has come the funds, $100 mln to be exact. The token entered the market at $0.70 on Feb. 2, 2017 and went up to a high of $1.58 by Feb. 19 before falling to $0.35 April 3 and then rising again to $1.14 May 14 before coming down to a low of $0.23 at the time of writing. There is some potential there because it did not plummet straight down like so many other tokens that have been reviewed here. It has a very healthy market cap of $64 mln with more than 276 mln POLY in circulation and one bln total supply.

The Ethereum of ST20?

Polymath wants to do what Ethereum did for app tokens for securities tokens. Its platform will be fueled by the Polymath token (PLY) and it will have a standard token system called ST20. The Polymath stack has four layers: the protocol layer, the application layer, the legal layer, and the exchange layer. It is basically a one-stop shop for issuing financial assets on the Blockchain.

Koverko has been working in crypto, Blockchain and fintech for most of his career. He has been involved with ShapeShift, headed by Erik Voorhees, who is also an advisor to Polymath.

Housser has a wealth of experience in legal and a degree in law from the University of Western Canada.

Ruiz is a full-stack developer who has a strong interest in solidity (programming language of Ethereum). He is leading the development team of Polymath.

Great stuff, but where’s the roadmap?

While Polymath has some really great technology planned, it was disappointing that there was no roadmap or easily accessible timeline about when the company plans to get the plan from out there and let the ST20 tokens rolling out. If Polymath can succeed, then it will be a major achievement for them and for the economy in general. Imagine the regulated release of security tokens which more and more investors/token holders can participate in. It would revolutionize the way securities are traded. While there was a recent, Aug. 1, AMA on Reddit, the questions did not ask about timelines, however other interesting questions were presented. Read the AMA here.

Final thoughts...not just on Polymath but crypto as a whole

This is really great technology and the company has a lot going for it, but, where is the roadmap, where is the timeline? In the cryptosphere, companies seem to forget that it is very fast paced. Faster than the normal speed of business. The markets are 24/7 and your average token holder is young and impatient. These are not your average father's’ investors, who buy some stock, reinject the dividends and sell it 30 years later and retire. No, these young token holders had a taste of Bitcoin and Ethereum in the early days and saw what magnitude of profits could be made in a short time, if you can’t produce right away, they will drop you and move onto the next. That is why timelines are so important, without it you are like a ship without a compass, lost at sea.