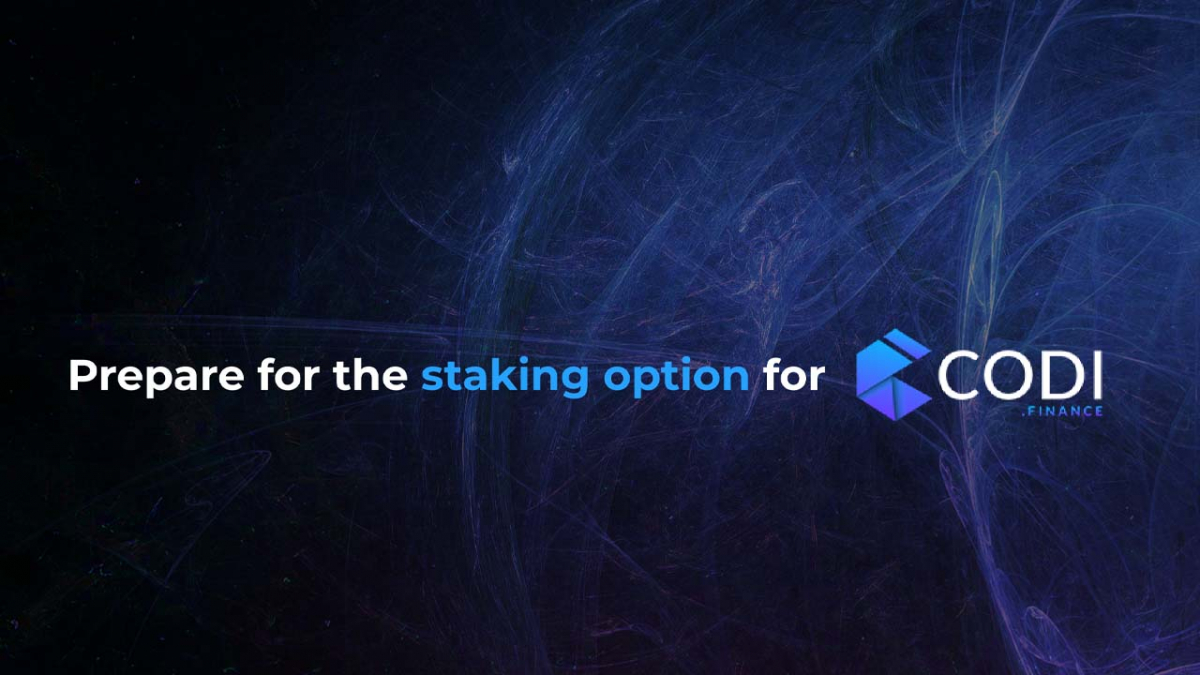 CODI Finance, which recently announced its listing on Coingecko, a top cryptocurrency ranking site, has announced plans to launch its staking features for $CODI holders on its platform.

Since its inception in September 2021, CODI Finance has made significant progress toward its vision of becoming a leading DEX and IDO launchpad in the Solana ecosystem and DeFi at large. CODI has decided to take it a step further by introducing staking options with high APY on the CODI platform.

"$CODI" holders will soon be able to stake their tokens for a fantastic APY on CODI's platform. To give every user an equal chance, staking is divided into five tiers, and the rewards vary depending on the staking tier. CODI Finance also intends to increase the availability of "$CODI" in the cryptocurrency market, with plans in the works to list $CODI on other reputable exchanges.

When the IDO CODI launchpad is fully operational, the CODI community will be able to stake '$CODI' to invest in projects and receive early allocations.

Furthermore, $CODI is now available on Raydium, a leading Solana decentralized exchange, as well as p2pb2b, a well-known centralized cryptocurrency exchange. CODI was also recently added to Coingecko, one of the world's largest cryptocurrency ranking websites. Coingecko now allows the CODI finance community to track the daily price action of $CODI and gain access to other CODI Finance data.

CODI is a Solana-based DeFi ecosystem that aims to transform the current Solana IDO launchpad landscape. CODI Finance intends to use a DAO governance model entirely, with the CODI community running and owning the ecosystem.

Please visit Codi.finance for more information on this project, or join the community by following their social media channels: