No SEC Meeting on Ethereum’s Status as Security 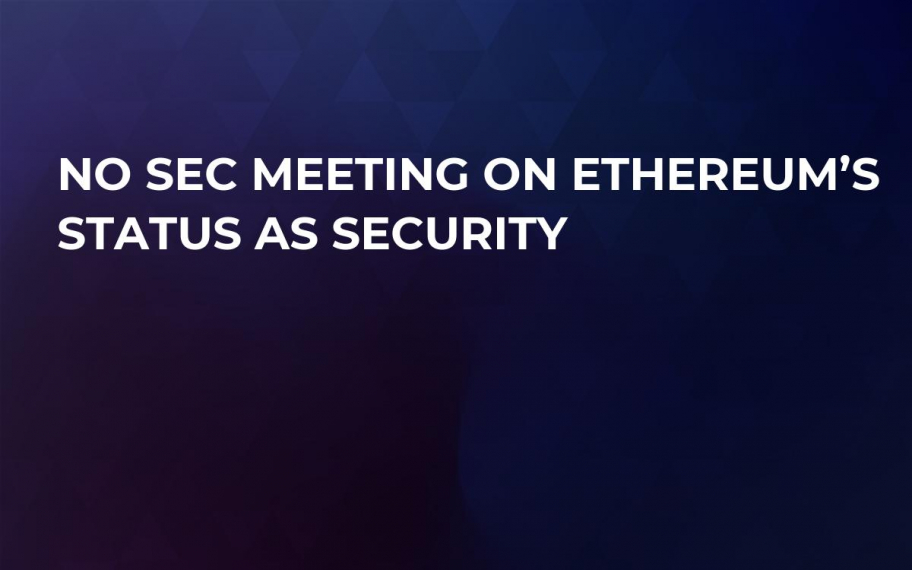 Investors’ fears regarding the future of Ethereum’s classification as a security by the US Securities and Exchange Commission (SEC) and Commodity Futures Trading Commission (CFTC) seem to have subsided, at least for now.

After the WSJ released a story May 1 that the regulating bodies were examining whether "other widely traded cryptocurrencies should be regulated" as securities, specifically Ethereum, investors remained wary of further regulatory hurdles.

A working group of regulators including senior SEC and CFTC officials were scheduled to discuss the matter on May 7, according to the WSJ report.

However, a meeting was not scheduled on either regulatory body’s calendars this week.   With no announcement or confirmation of a session from either agency, leaves many wondering about the accuracy WSJ’s published details.

"The SEC made us fear Ethereum because Bitcoin was so obviously just a currency and out of their realm. They want to crush crypto, so the only way to scare us is to frown at Ethereum. The legal field is clear: Fish will ride bicycles before Ethereum could be called a security."

Despite the report, Ethereum remained increased nearly 13 percent since last Tuesday and has settled at $739.53 after reaching a month high of $832 on Sunday, according to data collected by Coinmarketcap.