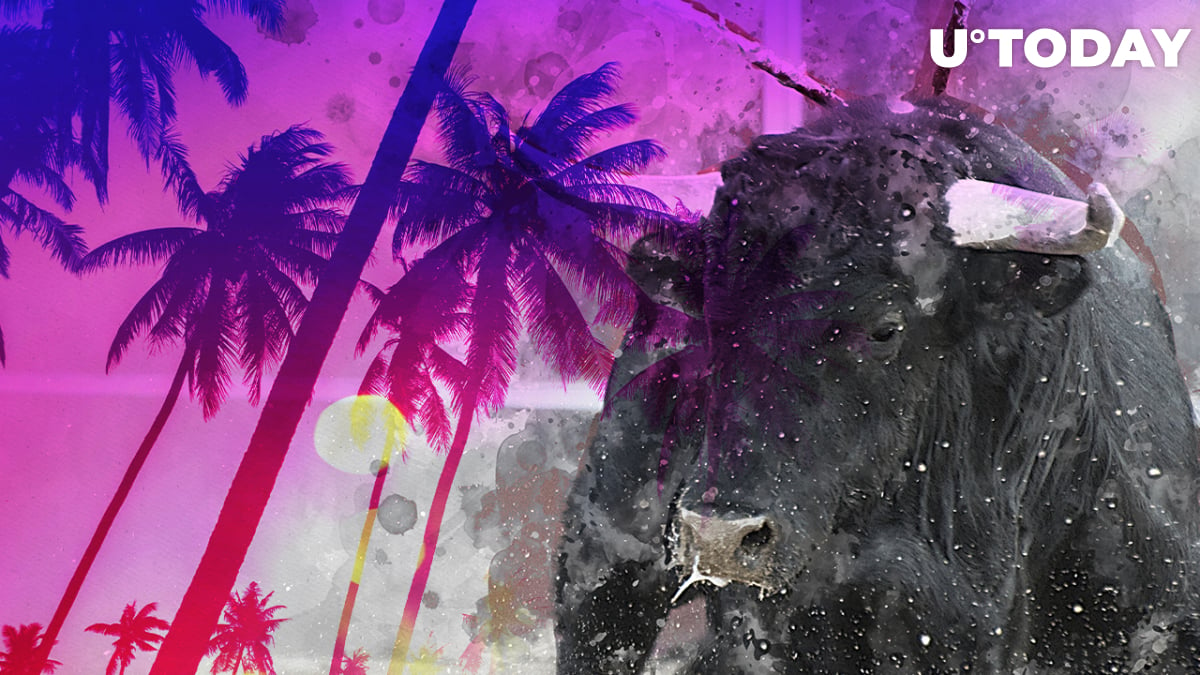 One of the friendliest cryptocurrency cities in the United States revealed its own "charging bull" statue to celebrate crypto week, Bloomberg reports.

The beginning of a multi-day Bitcoin conference has already been marked by the unveiling of a 3,000-pound bull statue, which marks the sentiment of the city toward a rapidly emerging digital assets industry.

The statue named "Miami Bull" is an alternative to Wall Street's "Charging Bull" with a small, niche addition of "laser eyes," which has become a distinctive feature of crypto enthusiasts. The statue, which weighs over a ton, was commissioned by TradeStation trading platform.

As the mayor of the city mentioned, the bull represents the strength of Miami on the financial world stage and marks the city as the capital for finance and digital assets in the future.

An almost 3.5-meter statue will appear first at the Bitcoin 2022 conference and then will be moved to a more crowded place: Miami Dade College's campus.

The mayor of Miami told the press and public that he is aiming at making Miami the center of the cryptocurrency world, attracting hundreds of crypto-related companies to the city. Recently, Suarez stated that he receives a part of his salary in cryptocurrency and is ready to support firms and entrepreneurs who will reposition themselves in Miami.