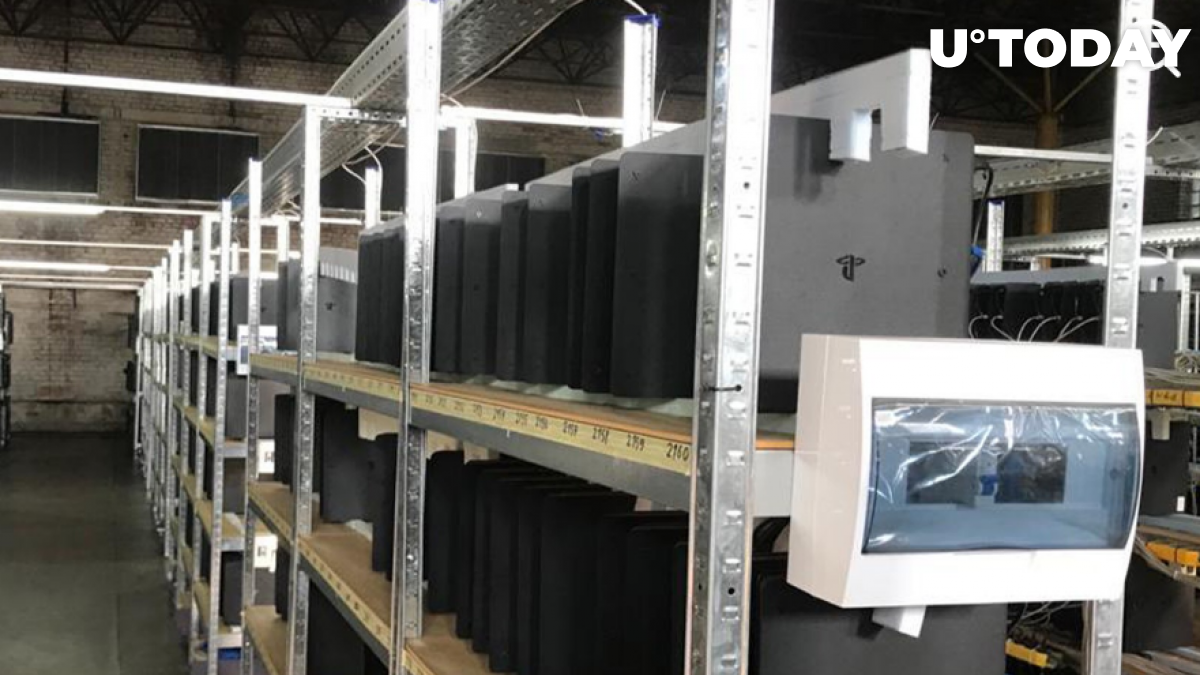 Ukraine's state security service announced on Thursday that it had discovered the country’s biggest illegal mining facility to date in the city of Vinnytsya.

It was stealing enough electricity to cause blackouts in multiple city areas. According to preliminary estimates, the amount of weekly damages could reach 7 million hryvnias (about $256,500).

The farm was located in one of the former warehouse buildings of a local energy company.

According to the investigation, it was set up by miners from Kyiv and Vinnytsya.

They tempered with electricity meter data in order to conceal their illegal activities.

3,800 gaming consoles, more than 500 GPUs, 50 CPUs as well as incriminatory documents relevant to electricity theft have all been confiscated.

The law enforcement officials opened criminal proceedings under article No. 188-1 of the Criminal Code of Ukraine.

As reported by U.Today, U.K. police officers accidentally discovered an illegal mining Bitcoin mining facility while raiding a suspected cannabis farm in May.