Arman Shirinyan
Classic crypto is aiming for big return to top, especially if this pattern plays out as expected 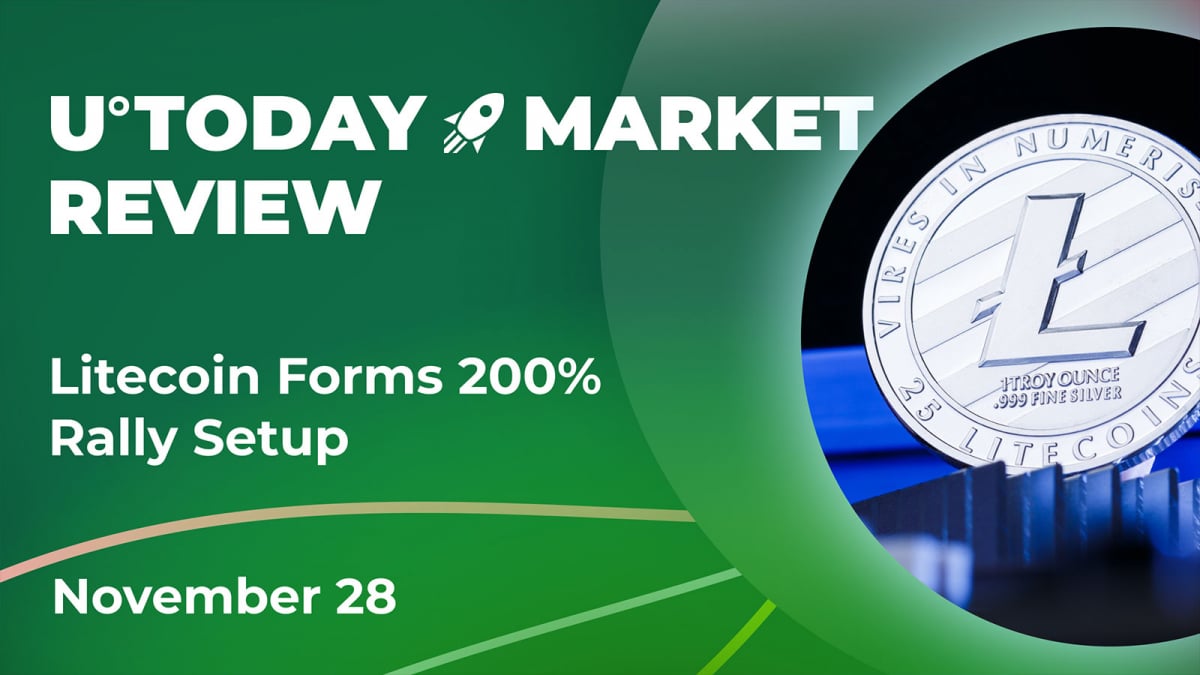 The weekend sale did not end on Monday, and most assets are still moving in the red zone today, with some exceptions. However, a problematic start to the week does not necessarily mean poor performance on the market by the following Monday.

Despite the depressing state of the market, Litecoin's most recent 36% price spike puts it in an interesting position: the asset formed a classic chart pattern called a "double bottom." Peter Brandt himself confirmed the validity of the set-up.

In the best case scenario, Litecoin will reverse after forming the pattern and moving toward previous highs at approximately $300. Such an explosive performance would make LTC one of the most profitable assets on the market with a 200% price increase in a matter of months.

However, it is too early to predict such strong and disruptive development as the digital silver's price is yet to break the local resistance level at approximately the $106 price level. In the last 24 hours, LTC lost more than 3% of its value.

The FUD around Solana after the FTX implosion did not stop for a second as more than 80 million SOL coins had been floating around the market and could have been dropped on it at any minute, which is why investors avoided significant inflows in SOL and existing investors slowly distributed their holdings.

Surprisingly, Solana saw some support from traders as it managed to climb back above the $15 price threshold, but it did not hold too long there. In less than three days, SOL faced selling pressure once again and dropped below the $14 mark, now trading at $13.4.

The main reason behind the recovery we saw previously was most likely tied to the general movement of the market, rather than a shift in the sentiment of Solana investors. In the long term, Solana's team has too much to prove and cover to negate the extreme negativity around the project.

The triangle chart pattern we mentioned in our previous market review and the subsequent breakout made XRP look like a rock-solid position on the market, with its next steps directed toward the solidification of the uptrend and recovery to new highs.

Unfortunately, the market decided otherwise, and XRP lost almost 10% of its value in the last few days, returning to the aforementioned triangle. In this case, however, the pattern is invalidated, which means that another breakout would not be a signal for an explosive rally like the one we saw before.