Arman Shirinyan
Short-term rally was enough to bring hope back to investors, but there's still long way to go 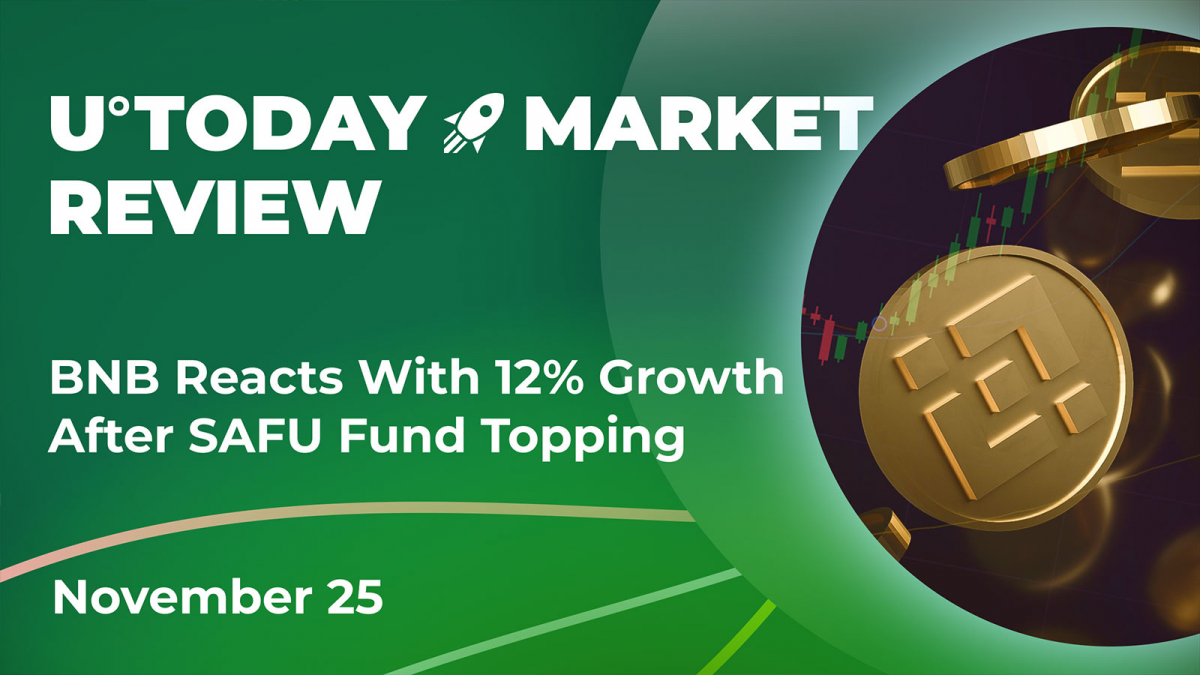 The end of the week on the cryptocurrency market often shows nothing but dull performance on most assets, as institutional investors and derivatives platforms are gradually closing their operations. Unfortunately, this week is no exception to this rule, and here's why.

After Binance topped out the SAFU fund with $1 billion, BNB immediately reacted with a solid 11% growth in a matter of hours. Unfortunately, the euphoria did not last as long as the market would desire.

The 200-day moving average, which often acts as a strong barrier for assets, has struck again and caused a deceleration of the Binance token's rally. The cryptocurrency has been consolidating around the level for the last two days.

However, a positive outcome is still possible, considering the mostly positive sentiment around BNB and Binance's business in general, in contrast to FTX's crash caused by the lack of proper risk and fund management.

By solidifying the ability of the SAFU fund to cover almost any fluctuations on the market, Binance practically increases the resilience of its ecosystem as a whole, making BNB more attractive from an investor's standpoint.

Unfortunately, the current state of the cryptocurrency market is the only factor that keeps BNB from entering a full-blown recovery rally that would make it one of the most profitable assets in the industry.

The ascending triangle pattern we mentioned in our previous market reviews has finally played out after XRP successfully broke through the upper border of the formation and swung toward the next resistance level at $0.41.

The next target to acquire would be the $0.43 price level, slightly above the 50-day exponential moving average. The indicator acts like a guideline for assets in a downtrend. Unfortunately for XRP holders, a validation of the pattern does not necessarily mean a complete trend reversal: fundamental, technical and financial factors would be deciding points for the current trend, rather than a short-term movement on the market.

In the most positive scenario, we will most likely see the edge-to-edge move of XRP from the 50-day EMA to the 200-day EMA. Such a scenario would bring XRP investors a 13% profit from the current price level.

Unfortunately, only a break through of the 200-day moving average would lead to a complete trend reversal, which means that XRP must find more than 500 million in buying power to push it above local resistance levels and cause a potential trend change.

The cryptocurrency market is still recovering after the FTX crash, despite the fact that most of the damage has been absorbed by investors. The long-term effect from the last market crash will ring a bell until the next supercycle in the digital assets industry.