Denys Serhiichuk
Can any of the altcoins outperform the Top 3 cryptocurrencies? 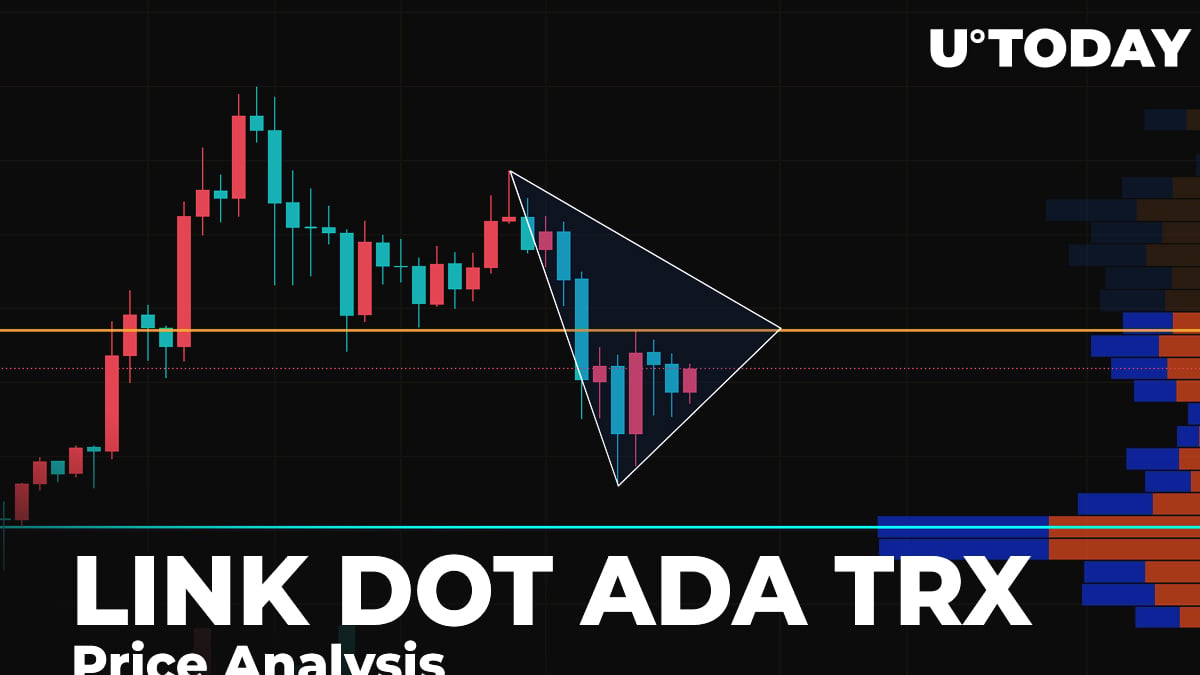 Most of the coins have come back to the green zone except for Bitcoin (BSV). It is the only crypto from the Top 10 list that is suffering from a bearish mood.

Chainlink (LINK) is the top gainer from our list. The price of the altcoin has risen by 5.63% over the previous 24 hours.

On the daily chart, Chainlink (LINK) is about to make a retest of the local resistance level at $13.40 before a drop continues. The trading volume is still low, which means that bulls have no chances of making a reversal and returning the rate of the altcoin to the local peak at almost $20.

The rate of Polkadot (DOT) has also significantly increased over the last day. The coin has gained almost 4% since yesterday, while the price over the last week has declined -26.11%.

From a technical point of view, Polkadot (DOT) is trading similarly to Chainlink (LINK) as short-term growth is also the most likely price action.

Although there is a high concentration of liquidity above, the buying trading volumes are not enough to update the previously reached peaks. In this case, Polkadot (DOT) can make a false breakout of the $4.95 mark, followed by a continued drop.

Cardano (ADA) is gaining the least from our list. The price of the altcoin has increased by only 1.77% since yesterday.

Cardano (ADA) is not an exception to the rule. On the 4H chart, the altcoin is forming a bullish divergence. However, the buying volume is too low for a continued rise. For this reason, traders may expect short-term growth to $0.0972 before a further drop continues.

The rate of TRON (TRX) has increased by 2.92% since yesterday, while the decline over the last week has made up 9.50%.

Although TRON (TRX) is located in the green zone, it short-term growth has come to an end. The coin failed to fix above the resistance at $0.035, which means that bulls are not strong enough for a reversal. In this case, the continued decline to the support at $0.032 can be considered the main scenario.