Alex Dovbnya
SoftBank is expected to breathe new life into struggling WeWork, but Jim Cramer says that the company is plagued by a massive debt 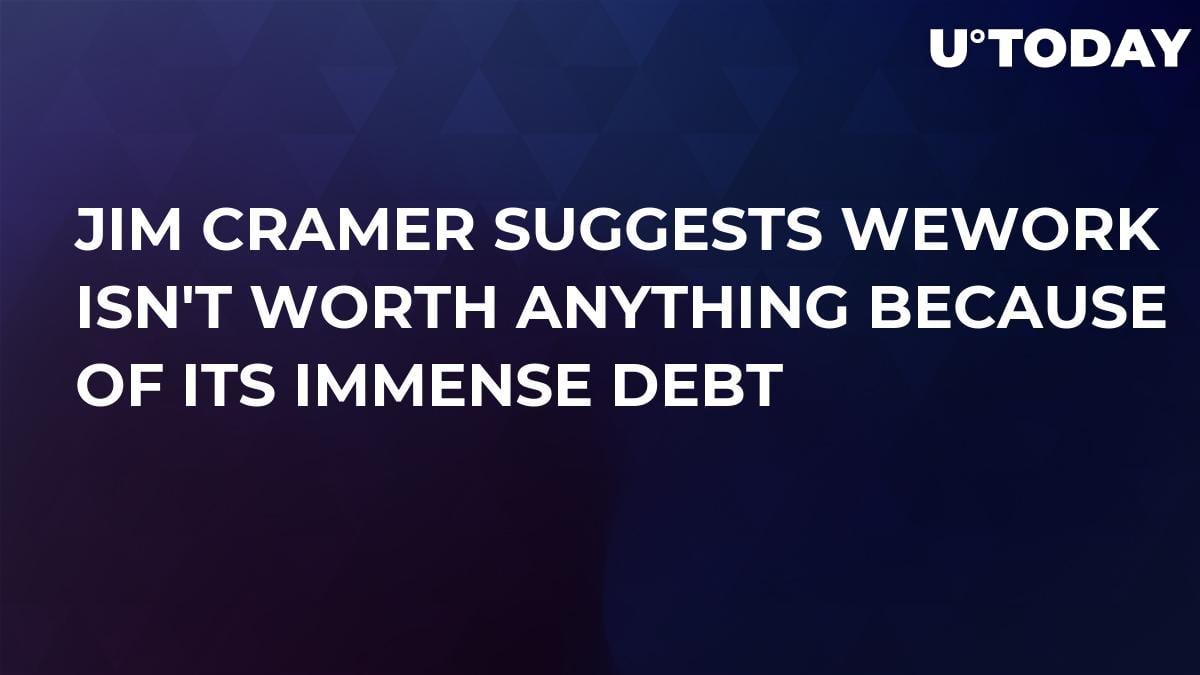 Market analyst Jim Cramer told The Street that WeWork is really negative worth because of all its gargantuan debt.

Having someone having leased is great idea, but it was, it was a leasing company, and I'm not going to diminish the fact that it was, at one point this fabulous story because it was growth, growth, growth, but it also was debt, debt, debt.

On Oct. 22, CNBC reported that SoftBank would take control of WeWork while former CEO Adam Newman would maintain a small double-digit stake in the workspace rental company.

It is expected that SoftBank would be able to get WeWork on a path to profitability, something that Uber and Lift, which recently launched their respective IPOs, are struggling to achieve. The Japanese giant could fork out an additional $5 bln to fund the embattled leasing company.

Newman will reportedly walk take a cool $1.7 bln as part of the deal that would put WeWork's valuation to $8 bln on a pre-funding basis (a small fraction of the $45 bln it was worth before its failed IPO).

WeWork was supposed to go public in September after confidentially filing for an IPO back in April, but its the hype around its public offering gradually started to dwindle and ended an in an epic fallout.