Yuri Molchan
Programmer who helped found Ripple blockchain giant has moved another 76 million XRP from his wallet, while another 404 million XRP coins remain there 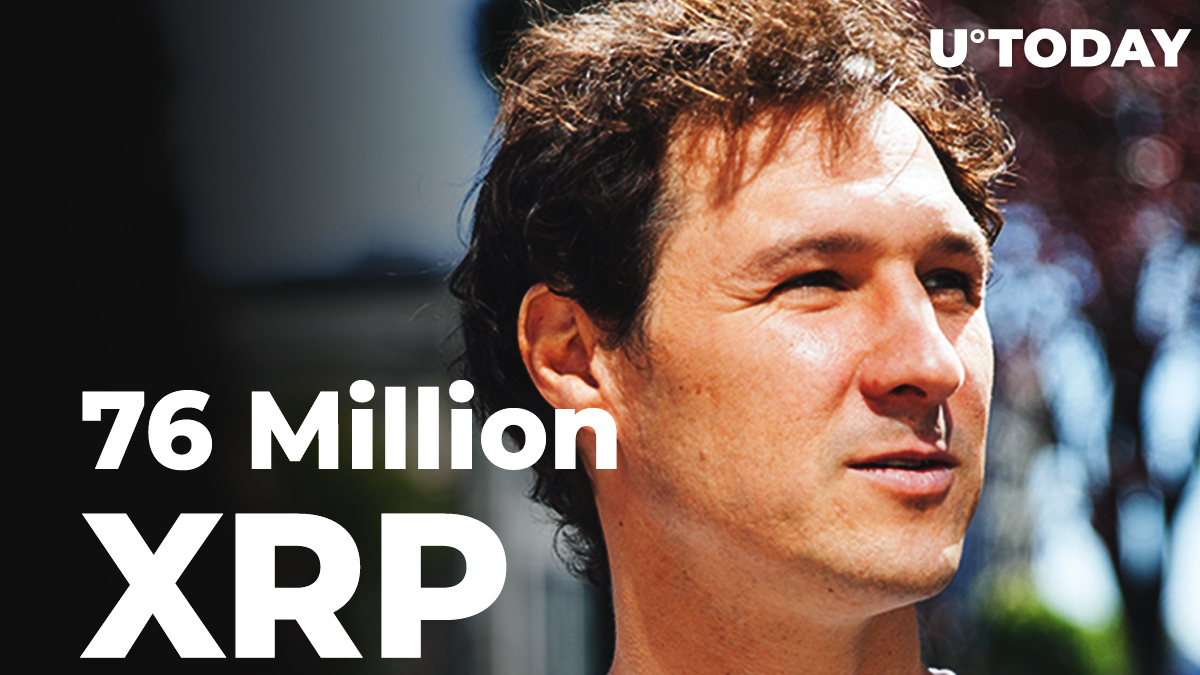 Recent blockchain data shows that, over the past three days, Ripple cofounder and former CTO, Jed McCaleb, has transferred 76.3 million XRP from his "tacostand" wallet.

According to data provided by XRPscan, Ripple's first CTO—who also helped create the company—has wired slightly over 76 million XRP from his "tacostand" wallet to be sold.

In fiat USD, this amount is equal to $42,360,361. This bag of coins was shifted in three transactions, one per day since Friday: one worth 38.3 million XRP and two others bearing approximately 19 million XRP each.

Last week, U.Today reported that McCaleb had moved 40 million XRP in the previous two days. By today, this amount has doubled.

Jed McCaleb has been getting regular XRP payouts since leaving Ripple Labs in 2013 (known back then as OpenCoin) over discrepancies with the rest of the board members.

A crypto expert from the XRP community, Leonidas Hadjiloizou, believes that McCaleb now has 2.896 billion XRP left in cold storage.

McCaleb's XRP sales do not impact the price of XRP, despite their size and regularity. At press time, the coin is changing hands at $0.5626, according to data from CoinMarketCap.