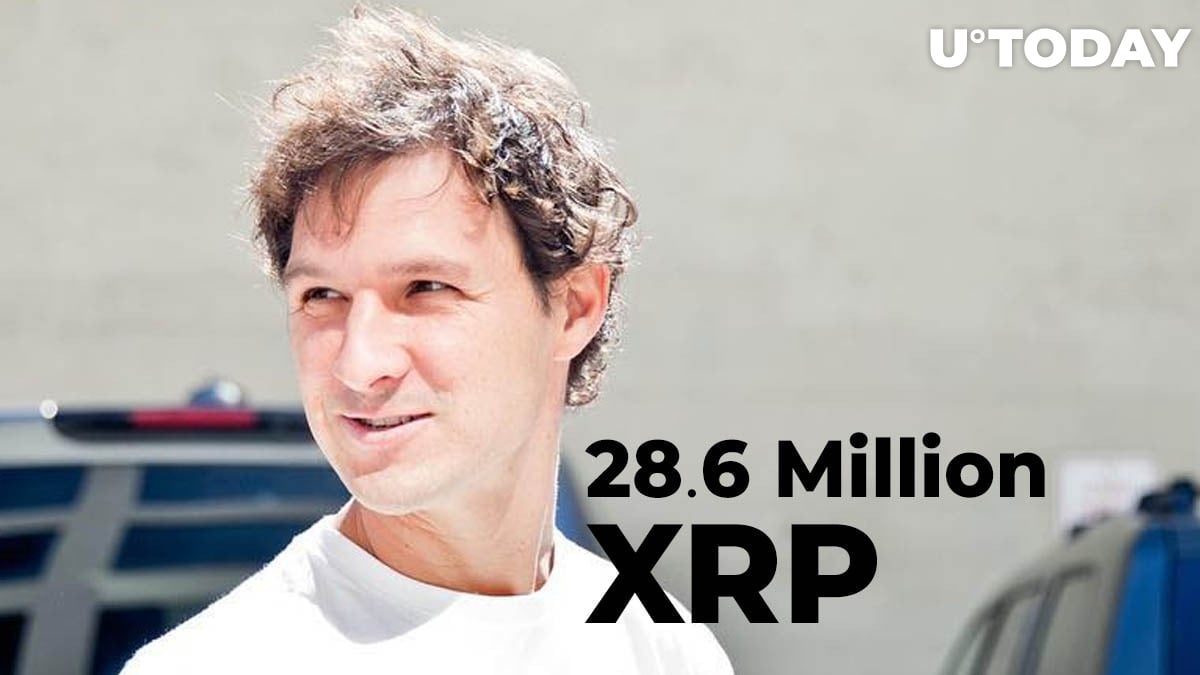 Researcher Leonidas Hadjiloizou has shared that Ripple founder and its first chief technology officer—who is no longer with the company—Jed McCaleb, has resumed selling his XRP stash and sold 28.6 million XRP from his "tacostand" crypto wallet.

According to a tweet by Leonidas Hadjiloizou, on Jan. 18, Jed McCaleb sold 28.6 million XRP coins. That was his first sale after a 25-day pause.

On Dec. 23, according to data from analytics website Bithomp, McCaleb sold 11,069,266 XRP and then went quiet.

Hadjiloizou assumed that the reason for this break was the SEC lawsuit against Ripple and two of its CEOs—past and present, Brad Garlinghouse and Chris Larsen, the latter of whom cofounded Ripple Labs together with Jed McCaleb in 2012 when it was known as OpenCoin.

Not the first pause with XRP sales taken by McCaleb

The researcher reminded the community that McCaleb had already paused his XRP sales previously, but that was to allow the charity where he had donated his XRP to sell the coins.

This time, Hadjiloizou believes, McCaleb could have been consulting his lawyers or paused selling for many other reasons.

Jed had paused his sales in the past, to allow a charity he had donated XRP to, to sell. This time, however, he paused his sales right after the lawsuit. There is no way to know why he resumed. He could have waited for some advice from his lawyers or for a million other reasons.

In the comment thread, he adds that McCaleb was in the process of selling another 9.7 million XRP.

Here's how much XRP McCaleb has left

Leonidas Hadjiloizou believes that the former CTO of the Ripple decacorn has around 3.4 billion XRP left. The initial amount that Ripple was to pay its cofounder for helping set up the company was nine billion XRP.